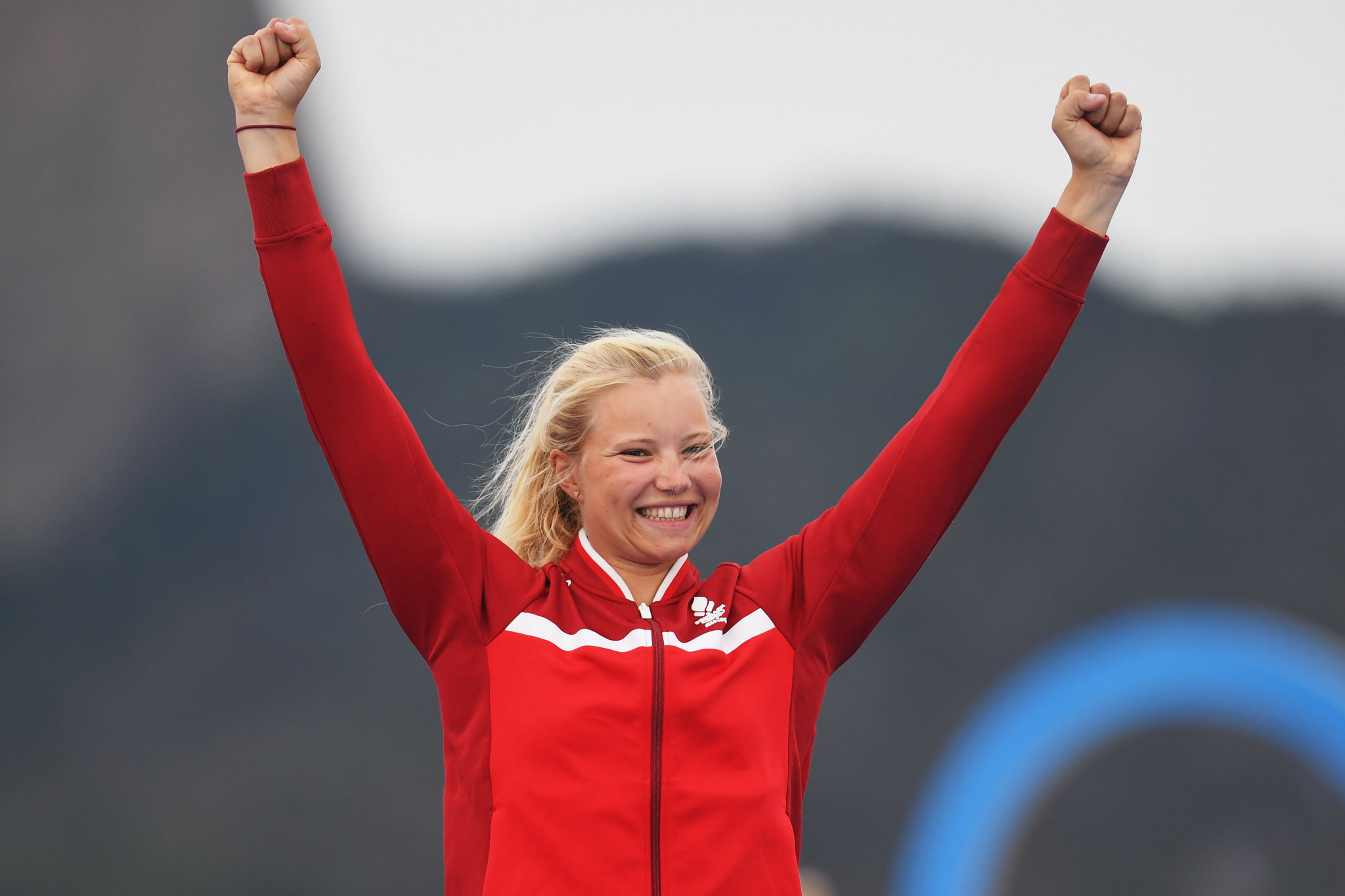 Olympic bronze medallist Anne-Marie Rindom has regained the lead at the Laser Radial Women's World Championship after the penultimate day of racing in Japan.

The Danish sailor, third at Rio 2016, recorded finishes of second and fifth in the gold fleet today to reclaim the top spot she occupied after day one.

She has climbed from fourth place to the summit on 57 points and now has a two-point advantage in front of overnight leader Ecem Güzel of Turkey, who has slipped to second position at Miho Bay in Sakaiminato.

Güzel finished 26th in race one, her worst performance so far which has been discarded from her score, and then seventh.

Her 12th-place from the very first race of the Championships is now counting and she has 59 points.

Rindom's lead is precarious as she was disqualified in race two and ended in 57th place.

That result is currently discarded but it means she has little room for error during tomorrow's final two races.

Tuula Tenkanen of Finland has moved down into bronze medal position from third after finishing third and 18th today.

She sits on 67 points, one in front of The Netherlands' reigning Olympic gold medallist Marit Bouwmeester who is searching for a fourth world title.

Sweden's former leader Josefin Olsson won the first race today and was then 16th, placing her eighth with 87 points.

Olsson had a nightmare day yesterday as she was disqualified before failing to finish, resulting in two 57th place finishes.

Out of the nine races held so far she has been in the top five on six occasions but one of the 57s is counting towards her score.

The second race was won by Norway's Flem Høst Line who was 37th first-up.