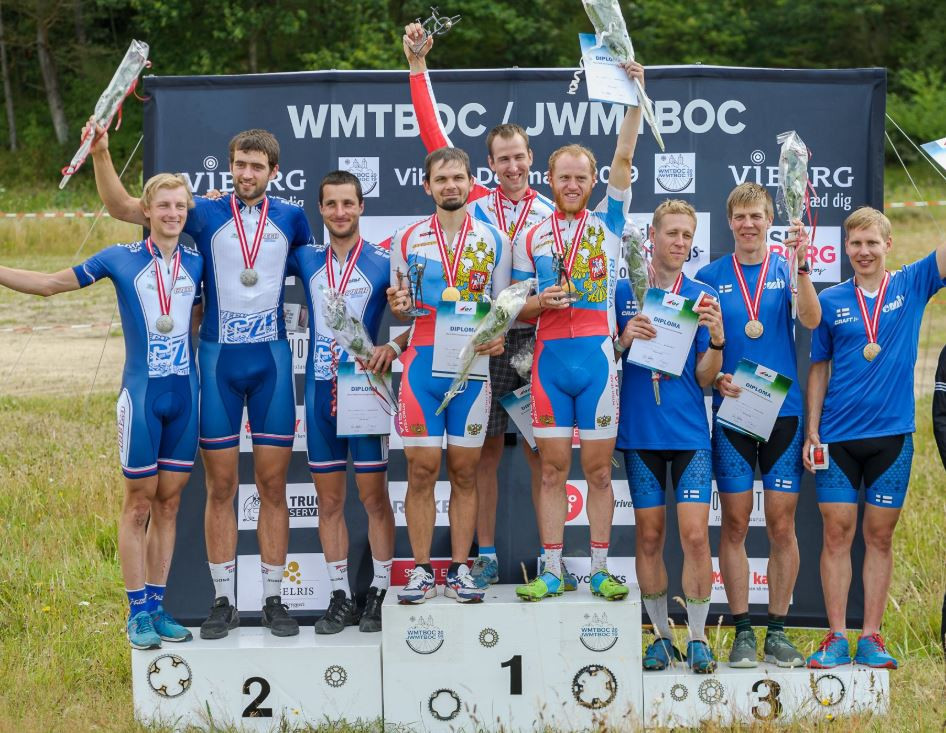 Russia claimed a relay double at the World Mountain Bike Orienteering Championships in Denmark, winning both the men's and women's team relay titles.

The trio of Anton Foliforov, Valeriy Gluhov and Grigory Medvedev finished more than a minute clear of their nearest rivals on the course, set in and around Viborg, as they cruised to the men's team title in 134min 09sec.

Foliforov had opened up a six-second lead over Finland's Jussi Laurita at the end of the first phase but it was Gluhov who made a crucial move as he took the Russian lead to 80 seconds with Vojtech Ludvik moving the Czech Republic into second place.

And that was how it stayed as Medvedev completed the victory in the final leg of the relay.

Kryzstof Bogar ensured second place for the Czech team in 135:39, with Finland taking the bronze medal four minutes behind, clocking 139:40.

The women's race was a much closer affair as the lead changed hands throughout the relay as Russia and Finland commanded the course.

Finland had the edge at the end of the first phase with Ingrid Stengard opening a 73-second lead over Russia's Alena Fedoseeva.

A brisk second leg from Olga Shipilova Vinogradova turned the tables, though, as she surged clear of her rivals to put the Russians ahead.

Anastasiya Svir had a lead of almost three minutes as she started the final phase and although Marika Hara closed the gap, Svir was always in control and crossed the line 45 seconds clear of her Finnish rival for gold.

In the men's Junior World Championship battle a tense dash for the line saw Jan Hašek clinch gold for Czech Republic in 102:36, with Juha Lilja having to settle for a Finnish silver two seconds behind.

Thomas Steinthal secured a bronze for hosts Denmark in 105.57.

Nikoline Splittoff held off France's Lily Pauly by just one second as Denmark won the women's junior title in 91:31.

Vilma Kravola stopped the clock at 93:41 as the Czech Republic took bronze.