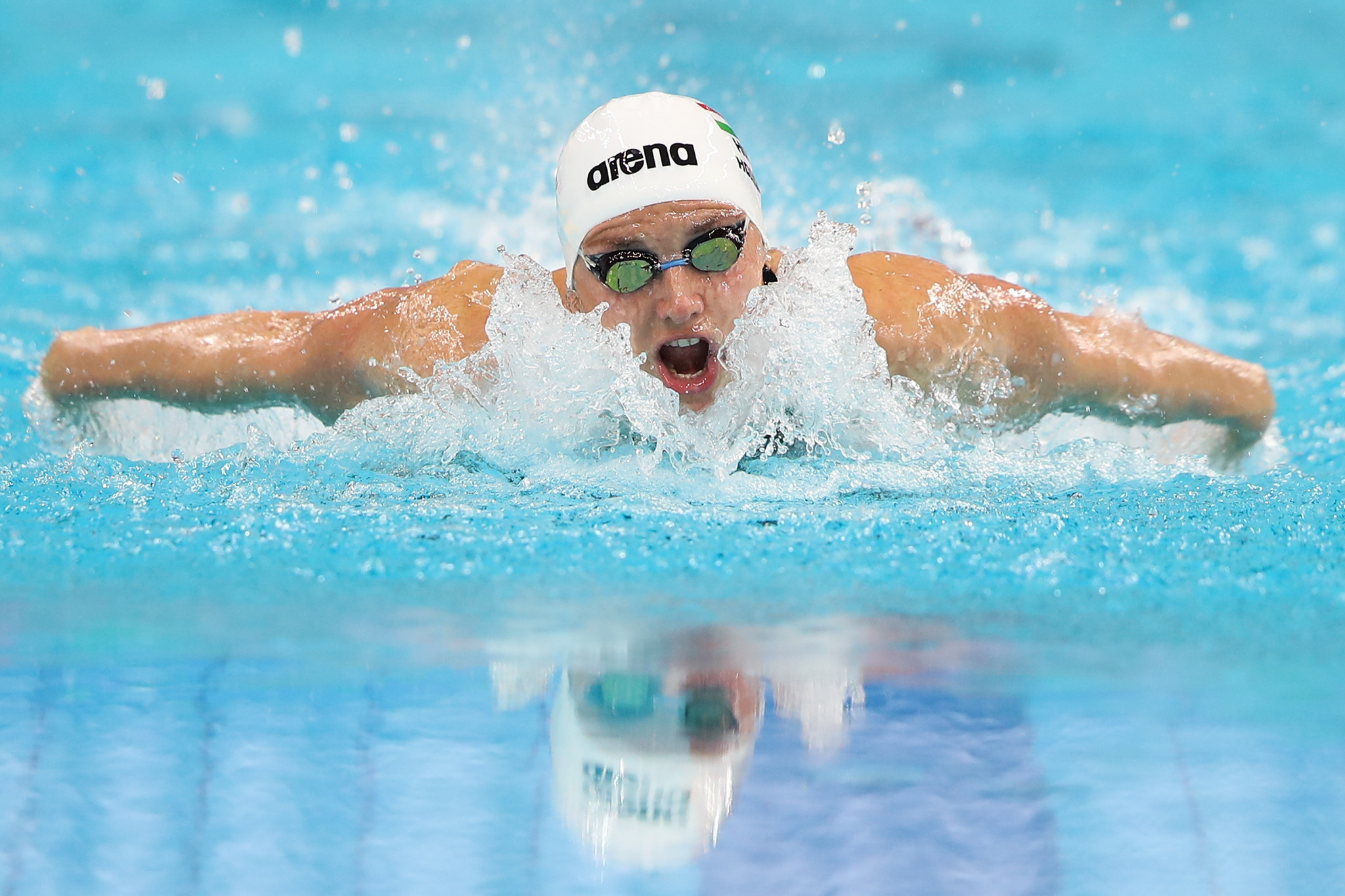 Vladimir Morozov and Katinka Hosszú each grabbed two gold medals on the second day of the International Swimming Federation Swimming World Cup in Jinan in China.

Both swimmers led the World Cup rankings at the end of the first leg of the series in Tokyo and continued to impress at the Natatorium of the Jinan Olympic Sport Centre.

The Russian clocked 47.99 to top the men's 100m freestyle podium, with American Blake Pieroni second in 48.15.

Morozov equalled the 50m backstroke record for a third gold medal in two days as he pushed Michael Price of the United States into second.

Price touched the wall in 24.85 for second place as Chinese Jiayu Xu took bronze in 25.25.

In the 100m backstroke, the Hungarian edged out Australian Emily Seebohm by just 0.11 to clinch gold in 59.65.

Seebohm, third in the women's rankings after the Tokyo leg of the World Cup, clocked 59.76 as Jie Chen of China finished third in 1min 00.74sec.

Hosszú stormed to a time of 4:36.99 in the 400m medley, finishing eight seconds clear of compatriot Zsuzsanna Jakabos in a Hungarian one-two.

Campbell held off team mate Holly Barratt by a mere 0.03 to claim gold as Jeanett Ottesen of Denmark grabbed bronze in 25.86.

Qin was just 0.08 behind, with Thomas Fraser-Holmes sealing an Australian sweep in 2:00.29.

The second leg of the World Cup series concludes in Jinan tomorrow.