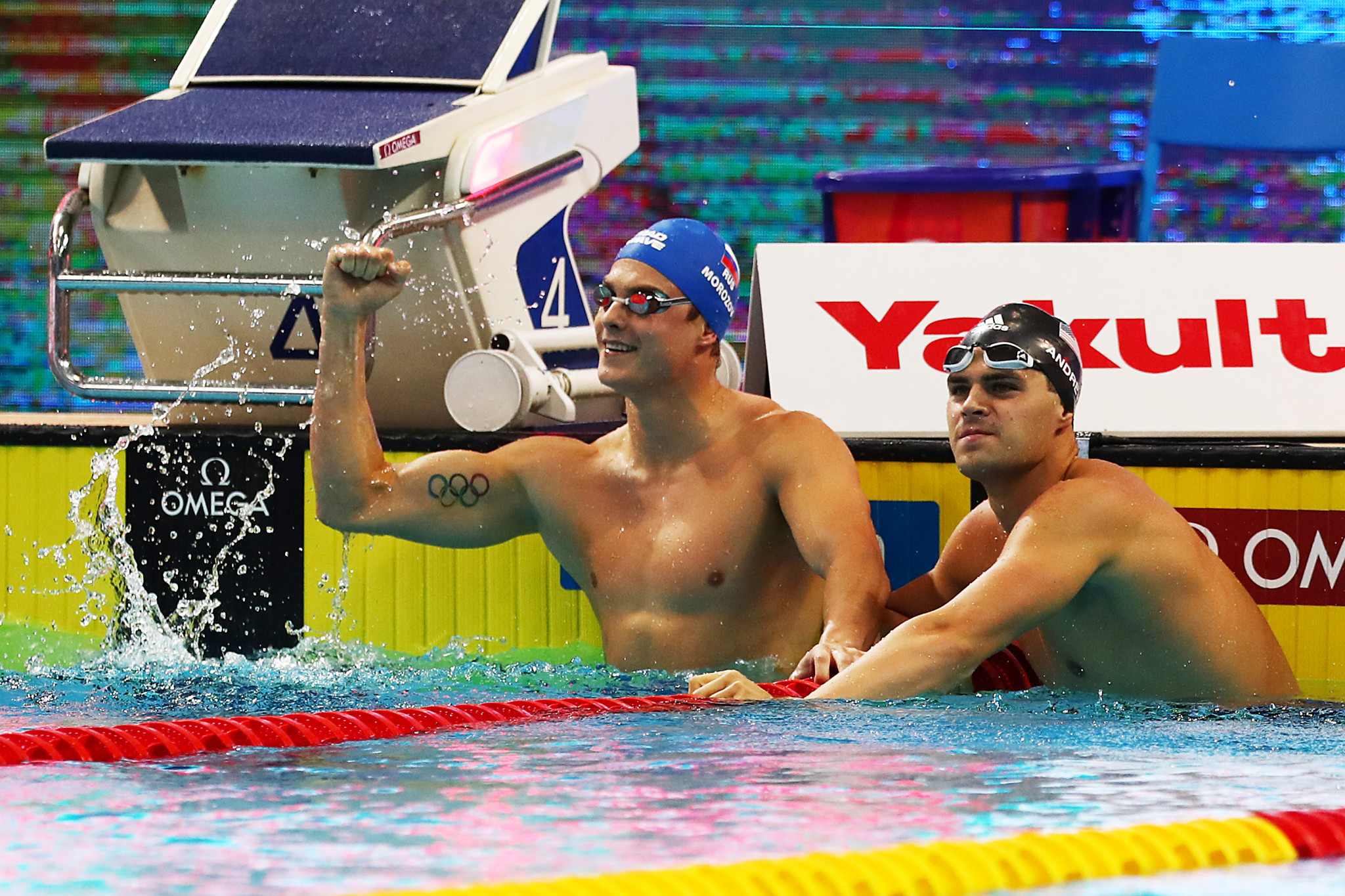 The Russian set a World Cup record as he defeated American rival Michael Andrew to win in 21.27 sec, his best time in six years, at the OCBC Aquatic Centre.

Andrew clocked 21.78 for second with Santo Condorelli of Italy claiming bronze in 22.21.

Australian Cate Campbell led the women's rankings after the first two legs of the series in Tokyo and Jinan.

She began the three-day event by winning the women's 50m freestyle title in 24.02.

Michelle Coleman of Sweden was second in 24.65 as Holly Barratt clocked 24.80 for third place.

Barratt climbed to the top step of the podium in the 50m backstroke as she led an Australian 1-3 in 27.95.

Hong Kong’s Au Hoi Shun Stephanie took silver in 28.16 as she edged out Emily Seebohm, winner of the event in the first leg in Tokyo, by 0.02 seconds.

Danas Rapšys of Lithuania won the 400m freestyle for a third successive World Cup victory ahead of Germany's Henning Muhlleitner.

The Australian held off American Erica Sullivan, event winner in Jinan last time out, to take the gold in 4:08.09, with Sullivan marginally behind in 4:09.28.

He became just the fourth American to duck under 59 seconds when clocked 58.95 at the World Aquatics Championships in Gwangju in South Korea last month.

In Singapore he shaved 0.02 seconds off that time to finish ahead of Italian Nicolo Martinenghi, who clocked 59.58 in second.

The bronze medal was awarded to Andrius Šidlauskas of Lithuania, who finished in 1;00.08.

The competition continues tomorrow, when another 12 finals will be contested.