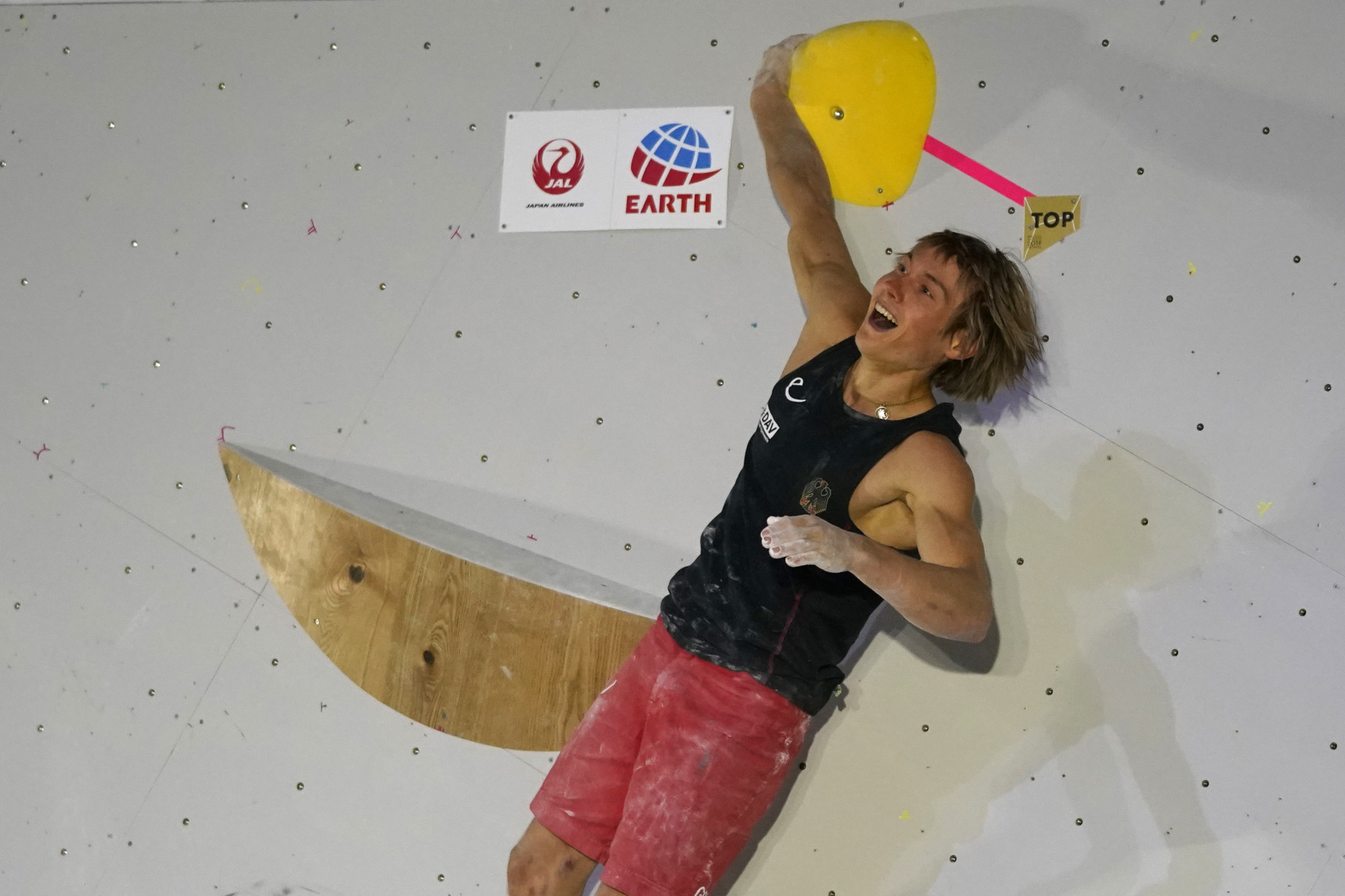 He ended on 17.00 points in the event which groups the bouldering, speed and lead disciplines of climbing to head eight athletes into Wednesday's final (August 21).

Megos has already won an individual silver medal in the men's lead in the Japanese city and looks well-placed for more success at the Ésforta Arena Hachiōji.

He topped both the lead and bouldering disciplines to go through in front of defending combined champion Jakob Schubert of Austria.

Schubert, who ended on 60.00 points, has won bouldering silver and lead bronze so far at the Championships.

Japan's bouldering gold medallist Tomoa Narasaki qualified third on home soil with 112.00 points as his compatriots Kokoro Fujii and Kai Harada were fourth and fifth respectively on 175.00 and 234.00.

Rishat Khaibullin topped the speed ranks and qualified in sixth place on 272.00 points despite only reaching the quarter-finals of the individual speed competition.

Meichi Narasaki of Japan advanced in seventh on 400.00 as France's Mickael Mawem round off the qualifiers on 432.00.

There is no place in the final for Italy's speed gold medallist Ludovico Fossali, who ended ninth on 800.00, or bouldering champion Adam Ondra of the Czech Republic who ended 18th out of 20 on 2280.00.

Only the combined will be contested when climbing makes its Olympic debut at Tokyo 2020 next year so there is plenty of interest in the action in Hachiōji, which lies just to the west of the capital.