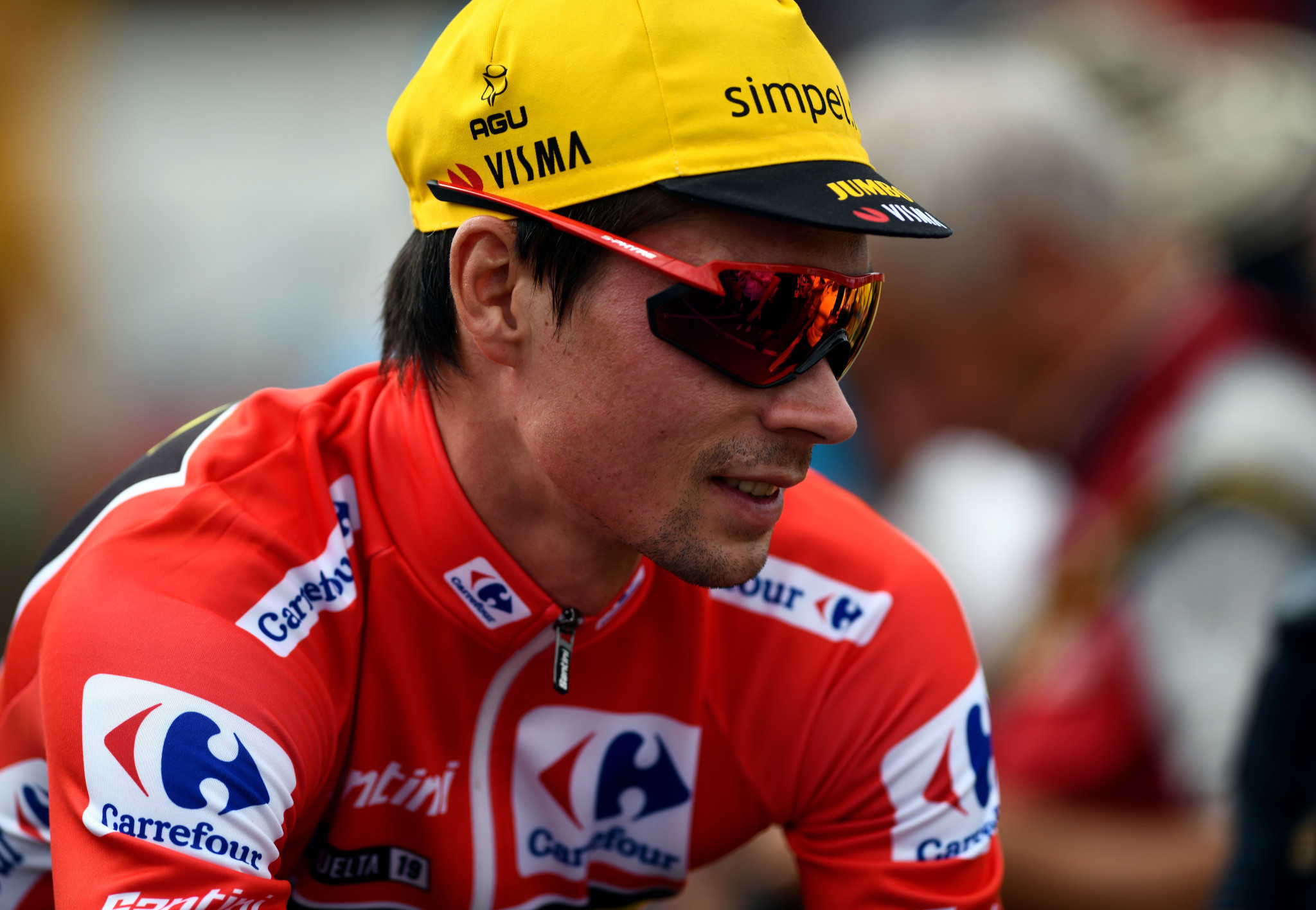 Slovenia's Primož Roglič is all but assured of his first Grand Tour title after maintaining his overall lead going into tomorrow's processional final stage at the Vuelta a España.

Roglič's compatriot Tadej Pogačar, who rides for UAE Team Emirates, clinched his third stage victory of the race and is assured of a place on the podium tomorrow.

Pogačar launched the decisive attack 38km from the finish and held off several counters from his rivals to seal another impressive win.

Movistar's Valverde, whose feint hopes of overhauling Roglič came to an end, crossed the line in second, 90 seconds behind the victorious Slovenian.

Roglič finished nine seconds further behind to ensure he will be crowned the overall winner during tomorrow's final stage in Madrid.

Riders do not attack the general classification leader on the last stage and the Slovenian will end the Grand Tour in red, barring an accident or severe mishap.