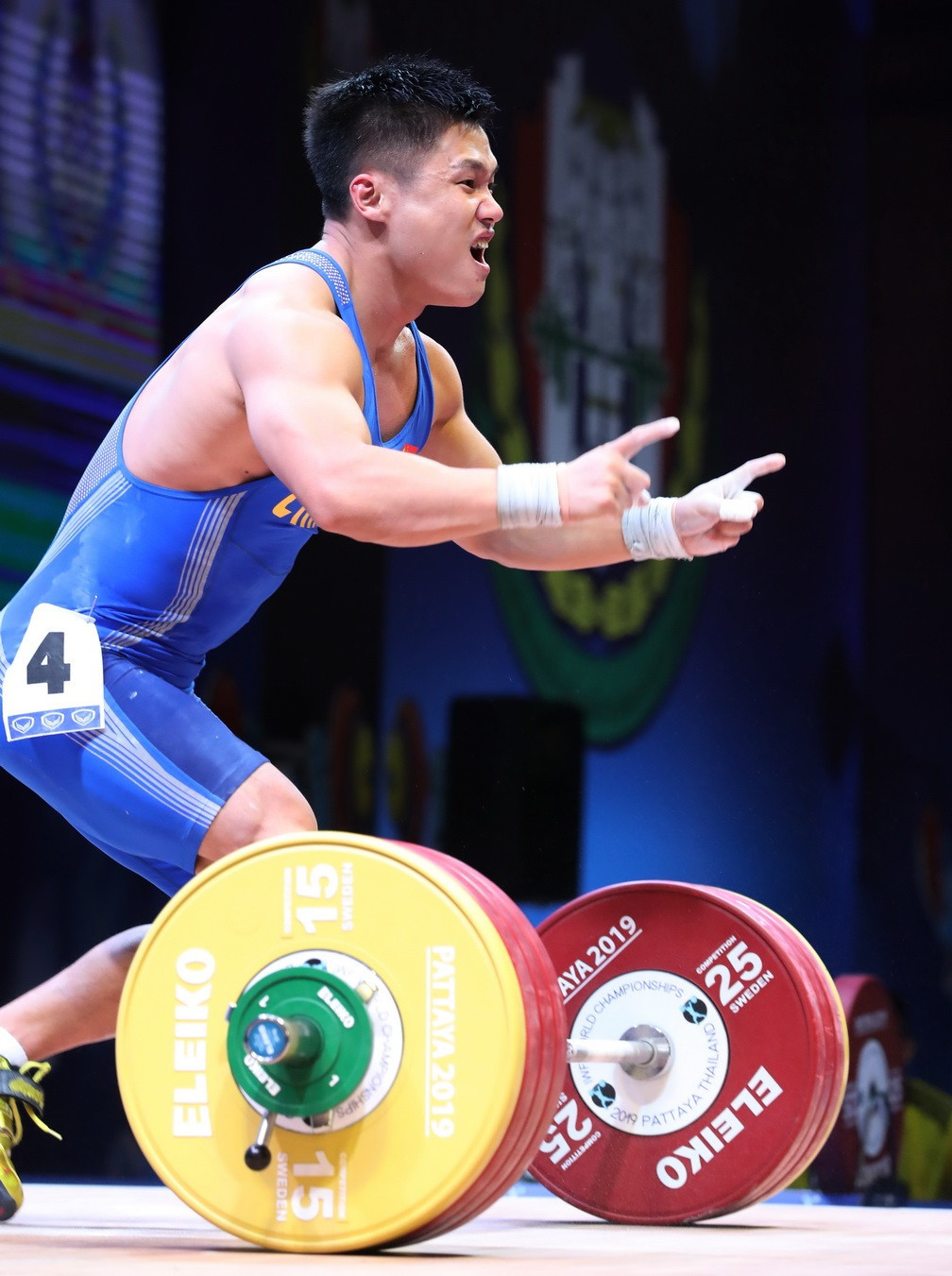 Despite having obvious back pains, the 35-year-old defending champion managed a lift of 207kg with his final attempt to finish on a total of 378kg, bettering the mark of 377kg set by compatriot Li Dayin just moments earlier.

Prior to that, Lyu broke the total world record for a first time after moving onto 376kg with success at 205kg.

It broke Li's previous global mark of 375kg, which he posted on home soil in Fuzhou in February.

Li had to settle for second place in the clean and jerk, with 206kg, and the total.

Lyu and Li were the top two in the snatch after both managed 171kg.

Victory went to Lyu, now a five-time world champion in the total, by virtue of the fact that he registered the lift first.

The overall bronze medallist was Colombia's Brayan Santiago Rodallegas Carvajal with 363kg, despite not reaching the podium in either the snatch or the clean and jerk.

He finished fourth in the snatch with 167kg and sixth in the clean and jerk with 196kg.

The snatch bronze medallist was Armenia's Andranik Karapetyan with 168kg.

Karapetyan had two attempts at 172kg to claim the gold medal, but failed on both occasions.

He then went onto bomb out of the clean and jerk after three no lifts at 195kg.

B session winner Yunder Nedim Beytula of Bulgaria rounded off the clean and jerk podium with 201kg.

In the women's 64kg event, China's Deng Wei broke all three of her own world records on her way to repeating her hat-trick of gold medals from the 2018 IWF World Championships in Turkmenistan's capital Ashgabat.

She broke her snatch world record once and her clean and jerk and total world records twice.

Romania's Loredana-Elena Toma was the bronze medallist in the total with 240kg having finished third in the snatch with 112kg and fourth in the clean and jerk with 128kg.

In the B session, Uzbekistan's Kumushkhon Fayzullaeva set youth world records in the snatch, the clean and jerk and total.

Action is due to continue tomorrow, with medals being awarded in the men's 89kg and women's 71kg events.