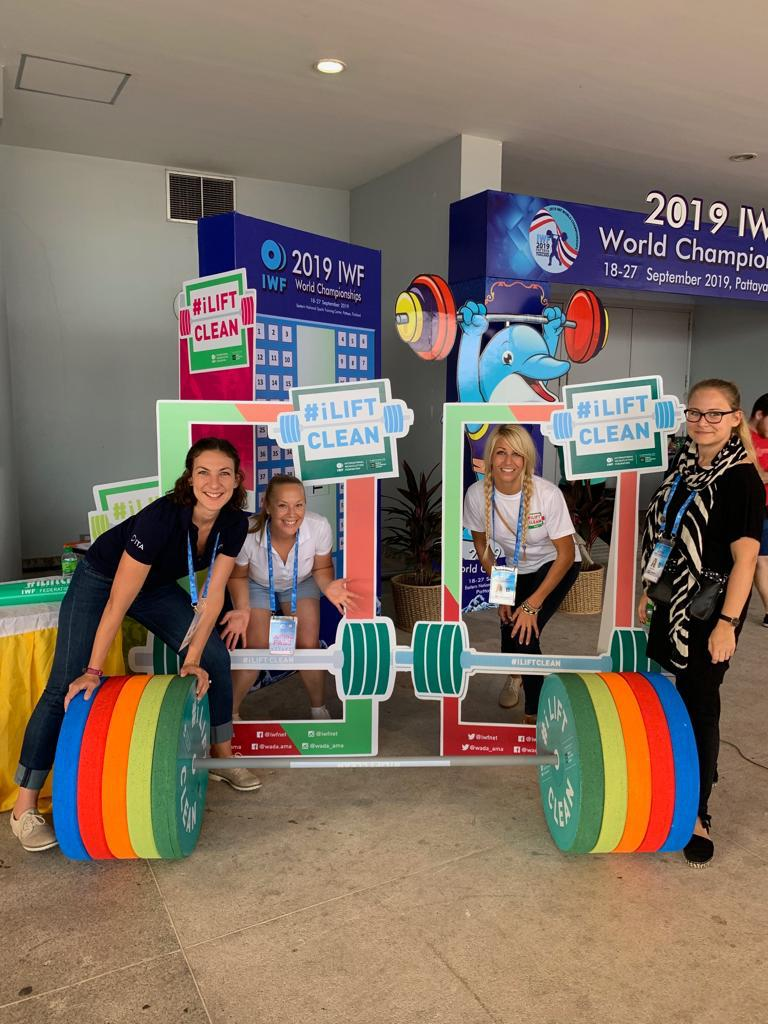 International Weightlifting Federation (IWF) President Tamás Aján has claimed the recently-concluded World Championships have shown the results of the world governing body's work to ensure that the sport is a clean one.

The IWF maintained its emphasis on educating athletes about anti-doping, and in particular their rights and responsibilities, with a range of activities linked to the #iLiftClean campaign in Pattaya.

Now a mainstay of the activities for athletes and their entourages at the IWF World Championships, #iLiftClean in the Thai city included both a booth made in the framework of the World Anti-Doping Agency (WADA) legacy outreach programme, to engage with the educational materials and also dedicated workshops.

Past successes have already seen elements of #iLiftClean held up as an exemplary programme for other sports to follow.

The #iLiftClean barbell has become a feature of the annual WADA Symposium in Lausanne and its outreach activities at major multi-sport events, such as this year's Pan American and Parapan American Games in Lima and European Games in Minsk.

Visitors to the #iLiftClean booth were invited to complete the WADA quiz, in order to win tee-shirts and other promotional gifts bearing the campaign’s clean sport branding.

Visiting the #iLiftClean booth, Aján said: "The IWF has much to be proud of in the way we have worked to ensure that weightlifting is a clean sport, that respects and protects clean athletes.

"And we have seen the results of that work here in Pattaya with more countries than ever before bringing men and women athletes and enjoying hard-earned success.

"We knew that culture change would also be a long-term effort and that attitudes would need to change.

"Education has been a very important way in which we have shown we can deliver that change."

The IWF and the International Testing Agency (ITA) had a joint outreach programme at the 2019 World Championships.

Two seminars for athletes and their entourages, meanwhile, provided opportunities to learn in-depth from world-leading experts.

The seminars were attended by a high number of athlete support personnel, with the IWF claiming it pays great attention to educating coaches and team doctors as well.

The risk of inadvertent positives through contaminated supplements was directly addressed in the first workshop, which looked at diet.

Athletes' responsibilities were also covered, with the importance of checking ingredients against the WADA Prohibited List and carefully consulting medical personnel with regard to prescribed medicines among the subjects of discussion.

On completion of the second seminar, three athletes were drawn at random to receive prizes – including barbells and a PlayStation 4 – offered by IWF partners DHS Barbell, Uesaka Barbell and Eleiko.

Fox, also the secretary general of the Bangkok-based International Federation of Muaythai Associations, was initially welcomed to the IWF World Championships by Aján.

He stated how impressed he was by the widespread of medals at the event, with 32 countries having made at least one podium overall.

Fox also said the visit gave him the chance to receive in-depth information from IWF director general Attila Adamfi, regarding improvements the world governing body has made.