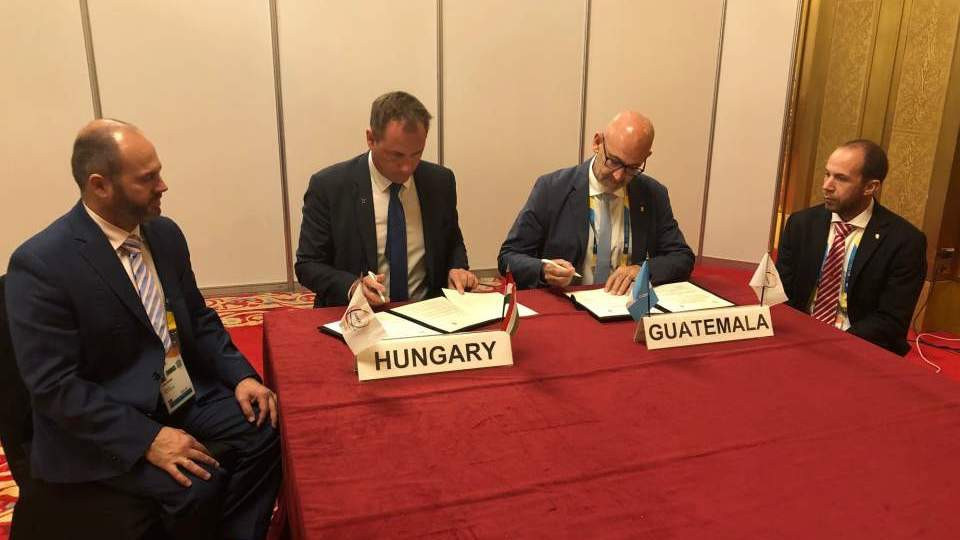 After signing a co-operation agreement with the Kuwaiti and Qatari NOCs, HOC President Krisztián Kulcsár was the signatory to another agreement with COG President Gerardo René Aguirre Oestmann.

The idea for a possible co-operation emerged at the Pan American Weightlifting Championships in Guatemala City in April, when Attila Ádámfi, President of HOC's international relations and sports diplomacy committee and director-general of the International Weightlifting Federation, met with Aguirre Oestmann.

"Guatemala opens up possibilities on a new continent in the HOC's sports diplomacy, as the agreement reached with the Central American country is beneficial to both parties in service of Olympism," said Kulcsár.

"Guatemala is an active member of the Olympic Movement."

Guatemala claimed to have a particular interest in developing links in boxing, weightlifting, athletics, modern pentathlon and other sports, as well as coach training and applied science exchange.

They also agreed on a partnership with the Russian Olympic Committee during the World Fencing Championships held in Budapest in July.