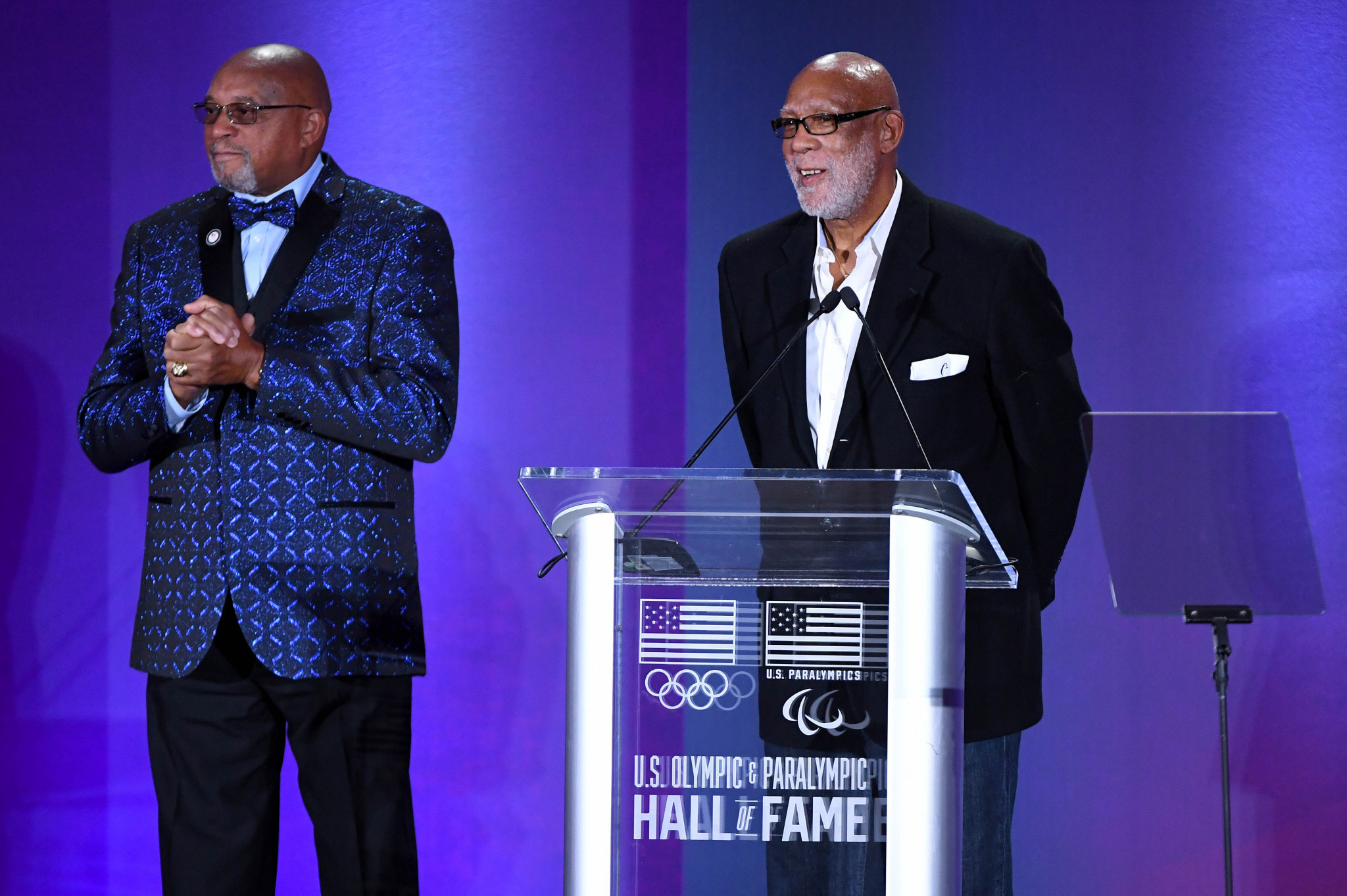 Two athletes sent home from the 1968 Olympic Games in Mexico City for protesting against American racial discrimination on the medal podium have been inducted into the United States Olympic and Paralympic Committee (USOPC) Hall of Fame.

Tommie Smith and John Carlos, whose raised-fist salute after winning the gold and bronze medals in the 200 metres remains one of the iconic images from Mexico City 1968, were named among the Hall of Fame's class of 2019 in September.

Both were expelled from the US team at the Games by the USOPC – then called the United States Olympic Committee – for their gesture.

But the USOPC decided to bestow its highest honour upon the two athletes - whose stance sparked widespread condemnation at the time but who have since been acclaimed for their podium protest - more than 50 years after the event.

The induction ceremony was held at the US Olympic and Paralympic Training Center in Colorado Springs, with Smith and Carlos in attendance.

"We realised that after 51 years the greatest invention was not the plane, not the TV, not the telephone but the eraser," Carlos, 74, told Reuters in a telephone interview.

"To realise that we can make mistakes in life and there should be no shame.

"I think the [USOPC] has come to that point."

Smith and Carlos bowed their heads and raised a black-gloved fist while standing on the podium following the conclusion of the men's 200 metres, in which they had finished first and third, respectively.

It was a show of defiance against racism and discrimination in the US at the time of the Games.

"One more time: no regrets whatsoever.2

Upon their return home from Mexico City 1968, Smith and Carlos received death threats and hate mail.

Both men struggled for years to make a living.

"We sacrificed our careers but we helped so many others," Carlos told Reuters.

The 13 inductees were determined by a voting process that included Olympians and Paralympians, members of the US Olympic and Paralympic family, and an online vote open to fans.

They have represented the US at a combined 36 Olympic and Paralympic Games, tallying 79 medals, including 43 golds

The latest intake brings the total number of Hall of Fame inductees to 154.