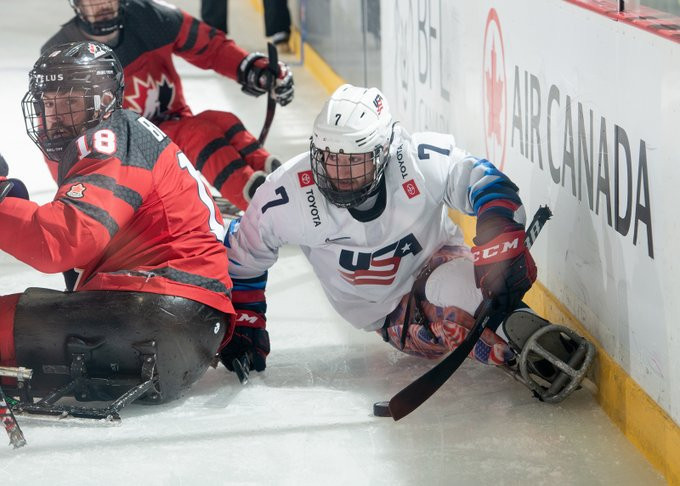 The United States scored goals in each period to down hosts Canada 4-1 and clinch first place in the preliminary round standings at the Para Hockey Cup in Newfoundland.

Declan Farmer scored two goals, Noah Grove recorded three assists and Kevin McKee registered a goal and an assist to power the US to a third-straight victory at the Paradise Double Ice Complex.

Rico Roman also scored for the US, while Tyler McGregor replied with the lone goal for Canada.

Canada finished third in the standings behind Russia, who thrashed Czech Republic 10-0 today.

Nikolai Terentev chipped in with one goal and two assists, and Mikhail Miachin and Ilia Volkov also scored for Russia.

All four teams have qualified for tomorrow's semi-finals.

The US will face fourth-placed Czech Republic and Russia will meet Canada.

The gold- and bronze-medal matches are on Saturday (December 7).

The US are seeking to win a sixth consecutive Para Hockey Cup title.