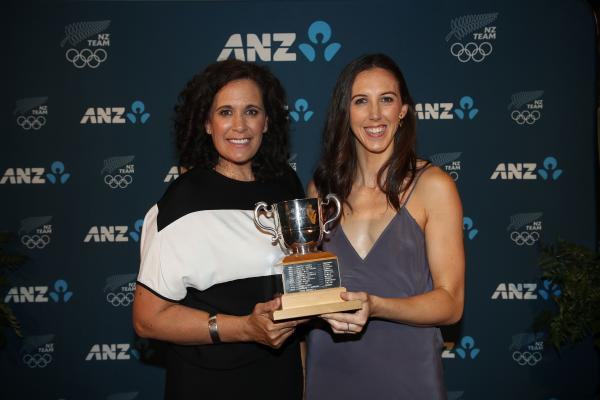 New Zealand’s netball team have been awarded the Lonsdale Cup at an Olympic Gala in Auckland, following their triumph at the World Cup.

The Lonsdale Cup is the New Zealand Olympic Committee's (NZOC) most prestigious award and is presented every year to an athlete or team that has made an outstanding contribution to sport.

The prize was awarded for the first time in 1961 with Sir Murray Halberg the inaugural recipient.

New Zealand claimed their fifth Netball World Cup title earlier this year in Liverpool, after they overcame rivals Australia 52-51 in the final.

"Well done to the Silver Ferns who are deserved winners of the Lonsdale Cup," Kereyn Smith, the NZOC chief executive, said.

"The Netball World Cup win united the nation and inspired athletes around the country.

"The team is generous and community focused, and are fantastic role models for girls and young women.

"I congratulate them and thank them for their contribution."

The NZOC Olympic Gala which brought together several of the country’s Olympic and Commonwealth Games athletes, with the event aimed at celebrating their achievements in 2019 and looking forward to the Tokyo 2020 Olympic Games.

Marise Chamberlain, a bronze medallist in the 800 metres at Tokyo 1964, was chosen to represent the upcoming Olympic team.

Sir Mark was voted the International Equestrian Federation rider of the 20th century, having won individual Olympic eventing titles at Los Angeles 1984 and Seoul 1988, and has world titles in team eventing from 1990 and 1998.

He previously halted his career after riding after Sydney 2000, before returning to competition in time to qualify for Beijing 2008.

Sir Mark also competed for his country at London 2012 and Rio 2016, making a total of seven Olympic appearances.