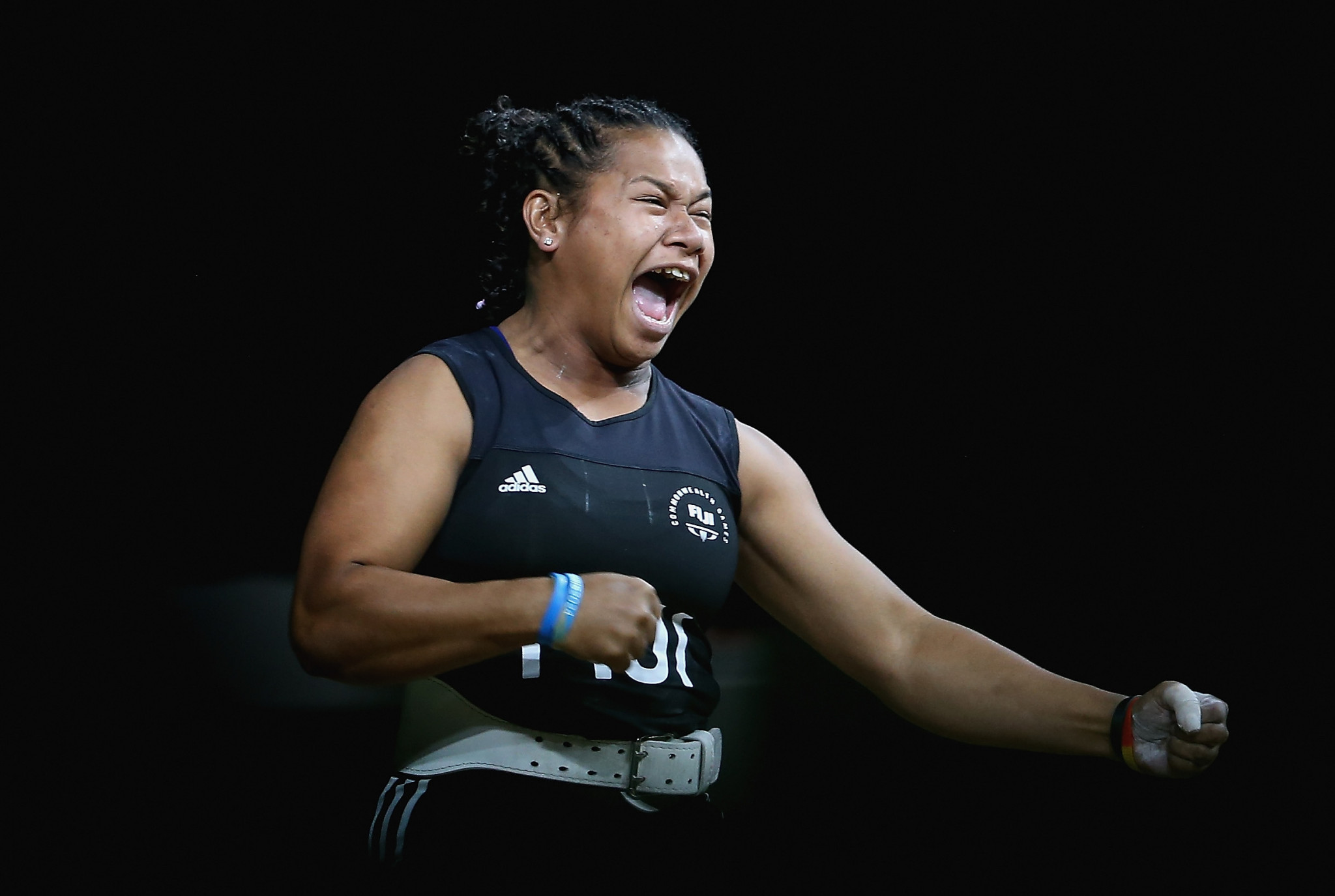 Eileen Cikamatana, the 20-year-old who has quickly established herself as one of the most exciting young talents in weightlifting, broke three junior world records on Thursday as her junior career came to a close.

Cikamatana, who won Commonwealth Games gold for Fiji last year but now competes for Australia, was "happy but not happy" with her efforts at the Shengxin International Weightlifting Federation (IWF) World Cup in Tianjin, China.

She was not alone in feeling that way: two of China's biggest hopes for Tokyo 2020 gold medals, Deng Wei and Shi Zhiyong, were also unimpressed with their form, despite breaking senior world records.

In her second international appearance for Australia, Cikamatana dropped to 81 kilograms, her lowest weight since 2016, in search of more records.

One of the reasons for missing three of her six lifts, said her coach Paul Coffa, was the temperature in Tianjin.

Back at her training base in New Caledonia it is 23 degrees, compared to sub-zero Tianjin.

"Where we're from, we just don't have any idea how cold it can be somewhere like this," Coffa said.

"I'm so proud of Eileen for coming back and breaking those world records after she missed her first lift.

"Her days as a junior are finished now, but in reality, with everything that's happened, she's only just starting.

"She makes people take notice of weightlifting - she's going to be one of the very best."

Cikamatana, who is attracting interest from major sponsors in Australia, made only one of her snatch attempts, but bettered the world record in the clean and jerk twice and set a new mark for the total on 260kg.

Her next competition will be back at 87kg in Rome in January, but whatever happens she cannot qualify for Tokyo 2020.

A dispute within Fijian weightlifting in 2018 led to the entire national team refusing to compete, and Cikamatana saw her hopes of a medal at Tokyo 2020 dashed when she missed a year of Olympic qualifying, during which time she took up Australian citizenship.

In the women's 64kg, Deng Wei was surprisingly beaten in the clean and jerk, by Chinese Taipei's Kuo Hsing-Chun, but finished well clear on total thanks to a snatch of 117kg that bettered her own world record by 1kg.

Britain's Sarah Davies failed to make a total after winning bronze in the snatch, but vowed to come back stronger next year.

China's other record breaker, the men's 73kg favourite Shi Zhiyong, said: "Although I broke the world record, I'm not satisfied with my form."

Lyu Xiaojun, the Olympic champion who injured his back in winning the 2019 world title in Thailand in September, was "satisfied", despite being beaten by the world silver medallist Li Dayin in the men's 81kg.

China is dominating qualifying for Tokyo and could better its Olympic record of five gold medals at a single Games.

Choe Hyo Sim of North Korea enjoyed a rare success over a Chinese lifter when she finished 1kg ahead of Chen Guiming in the women's 59kg.

Two other British women were second and fourth in their events, respectively - Emily Godley at 71kg and Emil Campbell in the super-heavyweights.