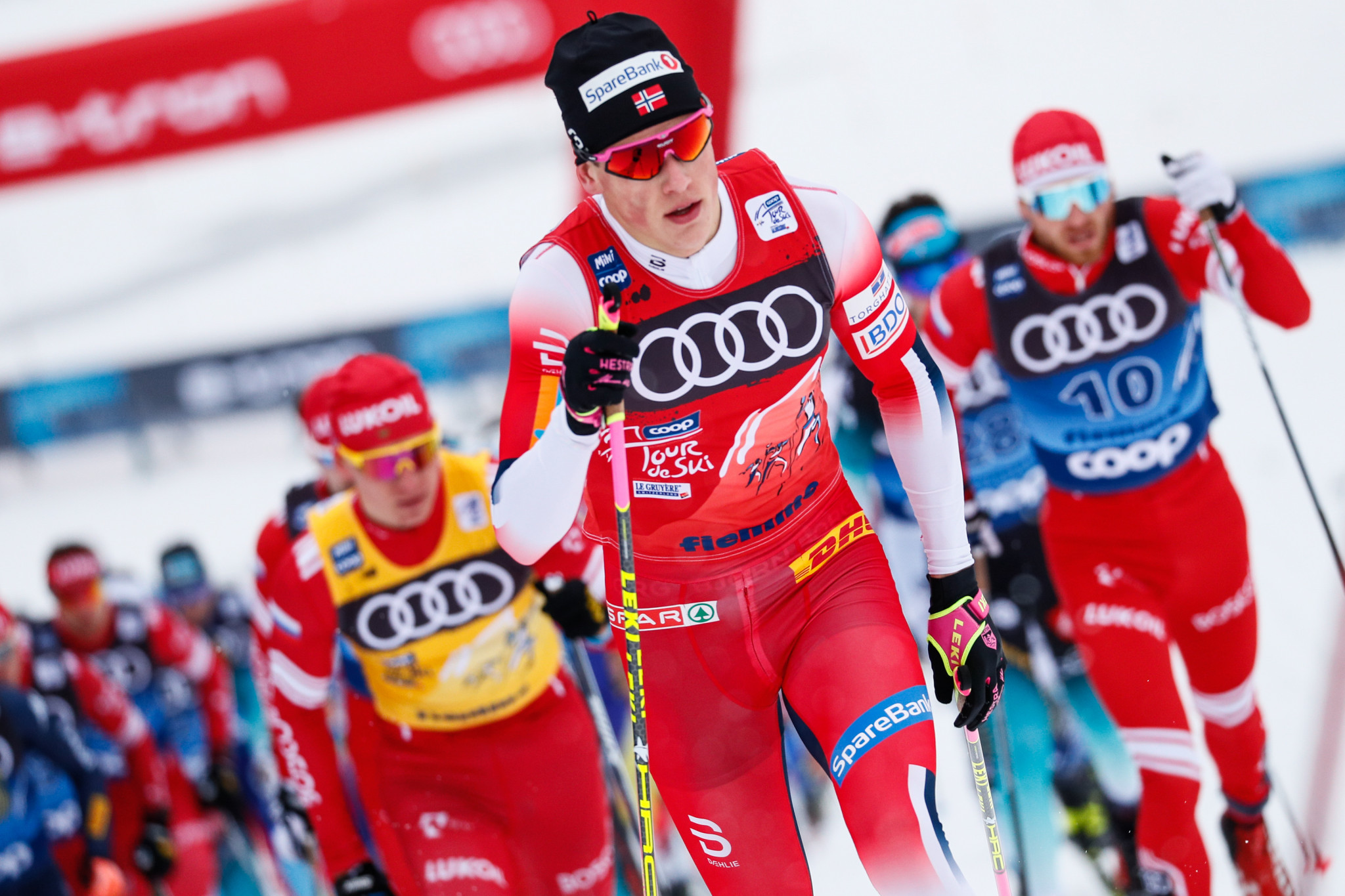 Klæbo won the men's 15km in a time of 39 min 51.0sec, beating Russia's Sergey Ustiugov by a margin of 0.7 seconds at the International Ski Federation (FIS) Cross-Country World Cup event in the Italian resort.

Ustiugov's compatriot Alexander Bolshunov was exactly one second off the pace in third.

"I had so much fun today," Klæbo said.

"I really wanted to win.

"My plan was to be second before the last downhill and it worked well."

Bolshunov retained his lead on the overall Tour de Ski standings with a total time of 2:24:39, 0.18 seconds ahead of Klæbo.

Klæbo heads the points standings with 66, 13 more than the total amassed by nearest challenger Bolshunov.

Recap of todays 10km C mass start of the women. What a fantastic day racing out there 👍in Val di Fiemme!#fiscrosscountry pic.twitter.com/iRFtn1bLL5

Jacobsen's win is her first individually on the FIS Cross-Country World Cup tour since January 2015, when she tasted victory in a 10km freestyle event in Russian city Rybinsk.

"It was a tight race," the Norwegian said.

"I told Katharina that this is the happiest podium of the season and the most surprising one too."

The 31-year-old's total time is 1:51:14, giving her a 0.19-second advantage over fellow countrywoman Ingvild Flugstad Østberg, who had to settle for fifth spot today.

Russia's Natalia Nepryaeva, today's sixth-place finisher, sits at the summit of the points standings on 49 with Johaug two behind.