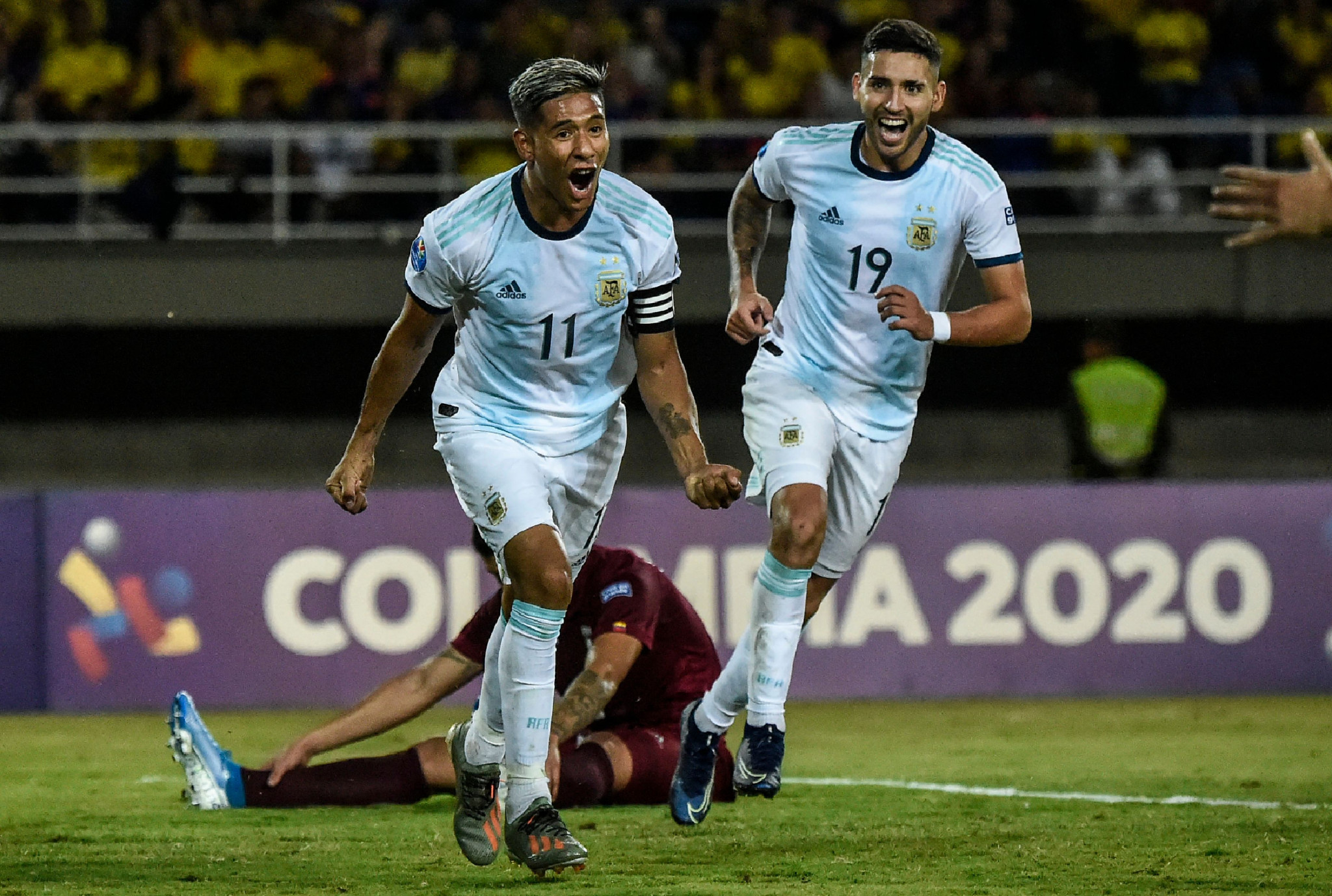 Argentina had already qualified for the second group stage, but kept their momentum going at the Estadio Hernán Ramírez Villegas in Pereira.

However, they were made to work by the already eliminated Venezuelans, who took the lead through Yeferson Soteldo from the penalty spot and held on until halftime.

But Argentina came out with a renewed determination in the second half, with Nazareno Colombo equalising in the 49th minute.

Matías Zaracho made it 2-1 with 15 minutes left, and late strikes from Julián Álvarez and Nahuel Bustos rounded out the 4-1 victory, somewhat flattering the Argentinians.

It was winner-takes-all in the second Group A match between Colombia and Chile, with both teams having exactly the same record.

The importance of the game appeared to affect the creativity, with the referee particularly busy, booking five Chile players.

Despite their desperation, Chile couldn't find that crucial goal and a 0-0 draw meant Colombia qualified with a better goal difference.

They now take their place in the second group stage alongside defending Olympic champions Brazil, Colombia and the runners-up in Group B - the top two qualify for the Tokyo 2020 Olympic Games.

In an incredibly tight Group B, Uruguay sit in second place on six points, but have completed their fixtures.

Paraguay have three points but are playing Brazil tomorrow, while Bolivia face Peru, with both still harbouring hopes of qualification.