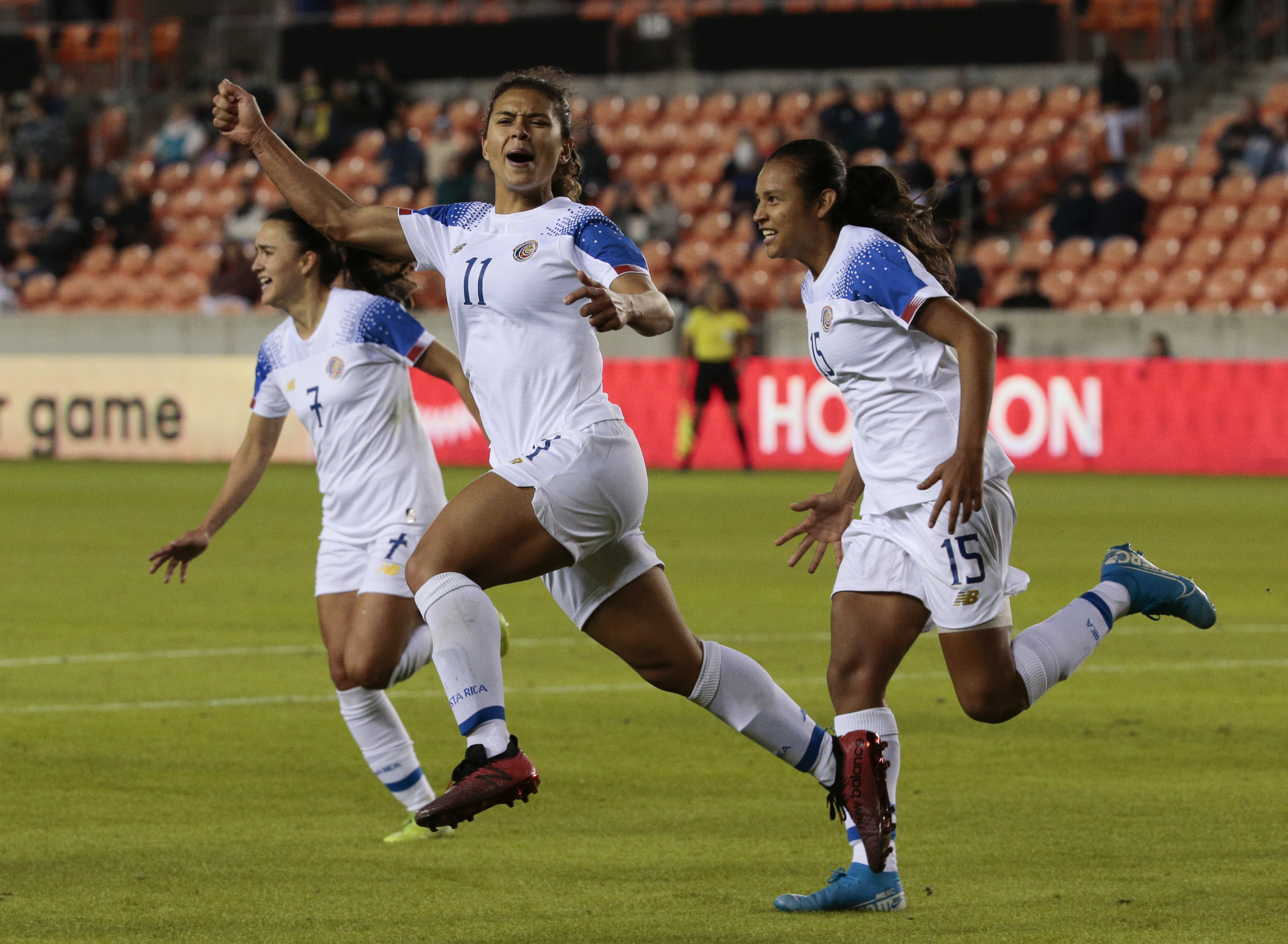 The United States thrashed Panama 8-0 and Costa Rica beat Haiti 2-0 as both teams booked a place in the semi-finals of the Central American and Caribbean Association Football (CONCACAF) Women's Olympic Qualifying Championship.

The CONCACAF region has two places at Tokyo 2020, meaning the semi-final winners will qualify for the Games.

Lindsey Horan opened the scoring for the US after just three minutes and she would finish the match with her first international hat-trick.

It was 4-0 at the break thanks to goals from Lynn Williams and Rose Lavelle, plus another Horan strike.

Four goals in the space of just 11 minutes from Horan, Tobin Heath, Christen Press and Jessica McDonald followed after the break, ensuring the Americans ended up 8-0 victors at BBVA Stadium in Houston.

Has the smiley face with a tear falling emoji dropped yet?

FIRST HATTY FOR OUR GAL. SO PROUD. pic.twitter.com/9LfBlHUTeg

The earlier game between Haiti and Costa Rica was a far tighter affair.

Goalless at the break, new Portland Thorns midfielder Raquel Rodríguez scored a quickfire brace to give Costa Rica victory - her first goal a close-range header and the second a composed finish as she lost her footing.

The four teams will play their final group-stage matches on Monday (February 3), before the US and Costa Rica play their all-important semi-finals in Los Angeles on February 7.

Canada, 11-0 winners in their first game, face Jamaica in the other group tomorrow and Mexico play St Kitts and Nevis.