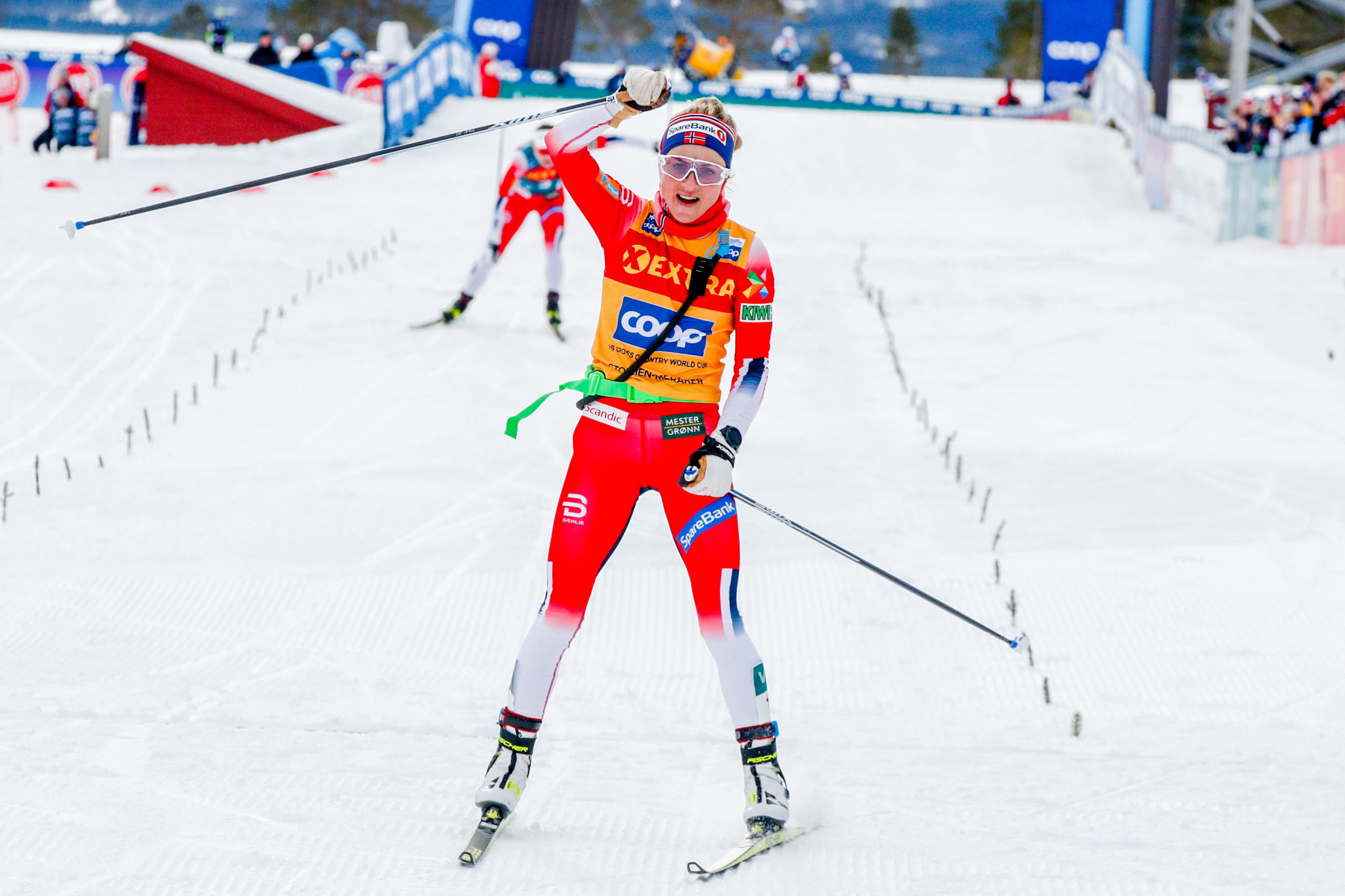 In her home race, Johaug, as always, was the favourite going into the race, having won every distance event this year with the exception of the first two in 2020, one being won by Østberg.

Although she never lost her lead through the splits, the convicted drugs cheat, who served an 18-month ban in 2016 after testing positive for anabolic steroids, did come under some pressure from her compatriot in the final few kilometres with only four seconds separating the two in the end, clocking a time of 1 hour 26min 32.8sec.

Heidi Weng ensured it would be a third-consecutive all-Norwegian distance podium, sharing it with her two team-mates again, with it being Weng's fifth podium in a row.

Despite a strong start, Sweden's Ebba Andersson struggled by the halfway mark to keep up with her three Nordic rivals, ultimately finishing fourth, 39 seconds behind the bronze medallist.

It was a good day for the World Cup leaders as Alexander Bolshunov won men's gold after a three-race dry spell where he only scored one podium.

The Russian was a clear distance ahead, winning in a time of 1:19.34.9, over 50 seconds ahead of silver medallist, sprint specialist Johannes Høsflot Klæbo, who was denied gold on home soil.

The win was not an inevitable, however, as the eventual winner was only eighth through the 3km and 20km splits, but maneuvered in the last third of the race to overhaul those in front of him and extend an incredible lead.

Klæbo then led an exciting hunt for silver with 10 skiers still in contention on the final stage of the race, taking second ahead of Norwegian team-mate Emil Iversen by just 0.1 seconds.

Second to tenth were separated by less than six seconds in one of the biggest free-for-all finishes in recent memory.

With wins for Johaug and Bolshunov, they extended their leads at the top of the World Cup standings, getting closer to winning the overall competitions.

Next on the calendar is due to be a weekend in Trondheim, further north in the nation, for the sprint and 30km pursuit.