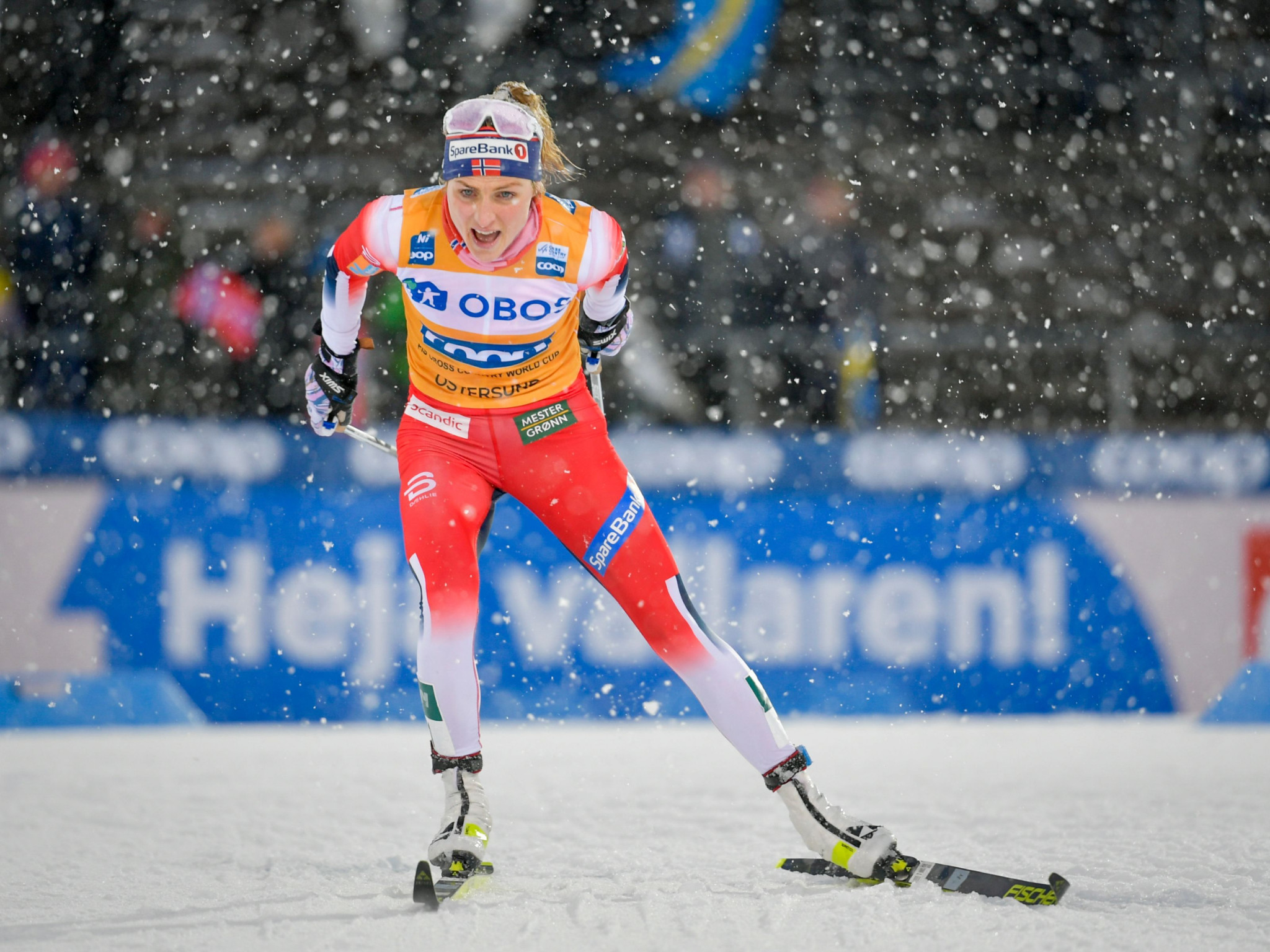 Therese Johaug can become the outright record holder for most women’s Cross-Country World Cup distance victories should the Norwegian triumph tomorrow in Lahti.

Both athletes have won 62 individual distance races during their career, with Johaug having drawn level with victory in Trondheim last week.

The 31-year-old has won 16 of the last 18 World Cup distance races, so will begin as the overwhelming favourite to triumph in tomorrow’s 10km event.

Johaug’s biggest rival at the Finnish resort is expected to be her fellow Norwegian Heidi Weng, who lies second in the overall and distance World Cup classifications.

The men’s standings are closer, although Russia’s Alexander Bolshunov enjoys a strong cushion in the race for the title.

Bolshunov has a total of 1,948 points, with Norway’s Johannes Høsflot Klæbo trailing in second on 1,531.

The duo will be among the final skiers to start tomorrow’s men’s 15km event, where Bolshunov will target an eighth distance win of the season.

No other male skier has won more than two distance competitions.

Racing will conclude in Lahti on Sunday (March 1) with the women’s 4x5km and men’s 4x7.5km relay events taking place.