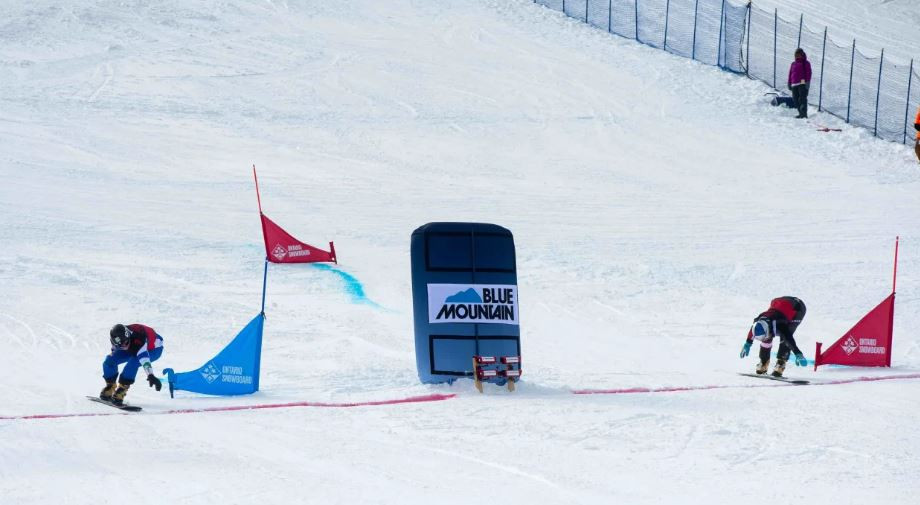 After racing head-to-head down the entire course, Karl and Felicetti could not be separated by the photo-finish evidence and so both were awarded 1000 points as winners of the race.

“It’s amazing”, Felicetti said after the first of two scheduled days of parallel giant slalom racing at the resort.

“It’s my first World Cup victory and it’s the first time in history that we have two winners in parallel World Cup competitions.

"I’m happy for me and my team and I’m hoping for another good race tomorrow.”

Attention please! May we present you a very rare case of two first places in the men's PGS finals in Blue Mountain today! Austria's Benny Karl took the win today at the penultimate competition of the season together with Mirko Felicetti! 🥳🔥🤗🥇💪🥇#fissnowboard #twofirstplaces pic.twitter.com/51Z8nlZ0kr

With the final giant slalom races of the season scheduled for tomorrow, Hofmeister has an unassailable lead on 5,300 points from Switzerland’s Julie Zogg - sixth today - on 2,800 and fellow Swiss Ladina Jenny on 2,710.

"It’s my first time in Canada and I love this place,” Hofmeister told FIS.

"After some tough training days in difficult conditions, today everything was perfect and I love the slope here.

"And I won today so I’m really happy about that.

"It’s incredible, I’m so excited for another race tomorrow, and it’s the last PGS race of the season.

"I can’t really believe I’m the winner of the globe.

"It will be first one and it feels unreal.”

Meanwhile, Fischnaller has strengthened his position at the top of the men's parallel overall standings after nine of the 12 scheduled races.

Karl’s maximum haul today secured him in second place in the parallel giant slalom standings after six of the seven scheduled races.

Prommegger remains top of the parallel slalom standings on 2,260, from Fischnaller on 1,750 and Germany’s Stefan Baumeister on 1,600.