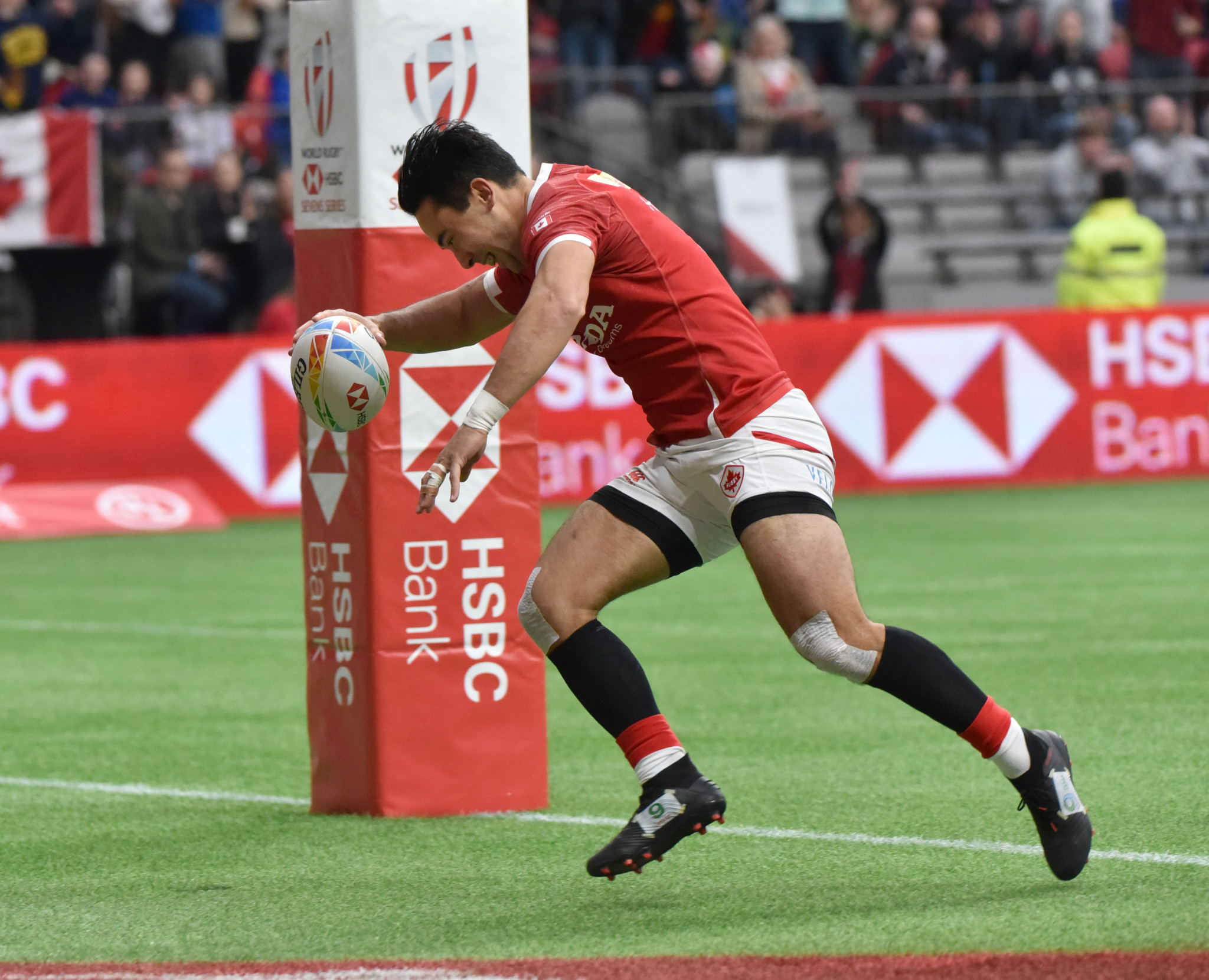 Canada recorded victories in all three of their matches on the opening day of the World Rugby Sevens Series in Vancouver.

They then edged past Olympic champions Fiji 26-21, before overcoming Wales 29-7.

Canada's quarter-final opponents are Spain, who defeated Ireland 28-26 and Kenya 17-14, but were thrashed 31-0 by New Zealand.

That win was part of a perfect record for New Zealand, also triumphing 29-0 against Kenya and 33-24 against Ireland.

HIGHLIGHTS: All the action from day one at the #CanadaSevens!

South Africa and Australia were the two other teams to go unbeaten.

The former got past invitational team Japan 12-0 and Argentina 17-5, before overwhelming England 38-0.

Competition continues tomorrow with the quarter-finals, semi-finals and final.

Aside from Canada's clash with Spain, South Africa are set to take on the US, New Zealand play Fiji and Australia meet England.