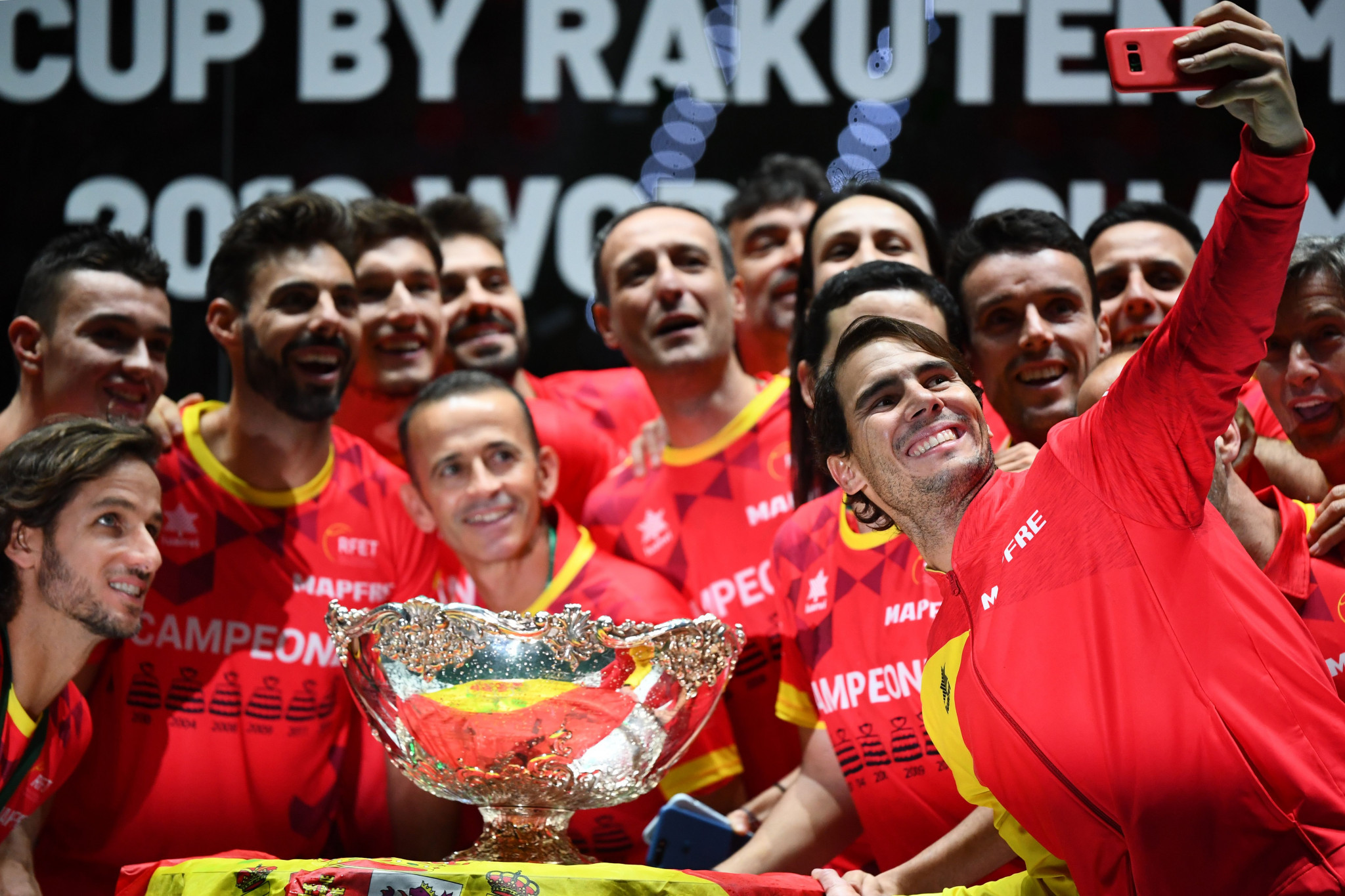 Defending champions Spain have been named as the top seeds prior to the Davis Cup Finals draw on Thursday (March 12).

The list of seeded nations was confirmed by the International Tennis Federation after the line-up for the 2020 tournament in Madrid was completed.

Spain qualified for the event automatically alongside the remaining 2019 semi-finalists, Canada, Russia and Britain.

France and Serbia were also given wildcards for the tournament in the Spanish capital.

All 18 countries will be placed into six groups of three teams following the draw in London.

Canada, the 2019 runners-up, are automatically named as the second seeds with the remaining countries listed by their Davis Cup nations ranking.

This places France third, Croatia fourth, the US fifth and Serbia sixth.

All of the top six have been placed in pot one for the draw, with the remaining nations divided into pots two and three depending on their ranking.

Each group will feature a team from each pot.

The six group winners and the two best-performing group runners-up will advance to the quarter-finals.

Spain's victory in 2019 also came in Madrid and was the first Davis Cup to take place as an 18-team competition across a single week.

The famous men's team event, which dates back to 1900, had traditionally featured knock-out ties played across the world throughout the year, in the lead-up to a final between the surviving two nations.

Another team event which is similar to the Finals, the ATP Cup, also took place for the first time in January and was won by Serbia.

This year's Finals in Madrid will take place between November 23 and 29.