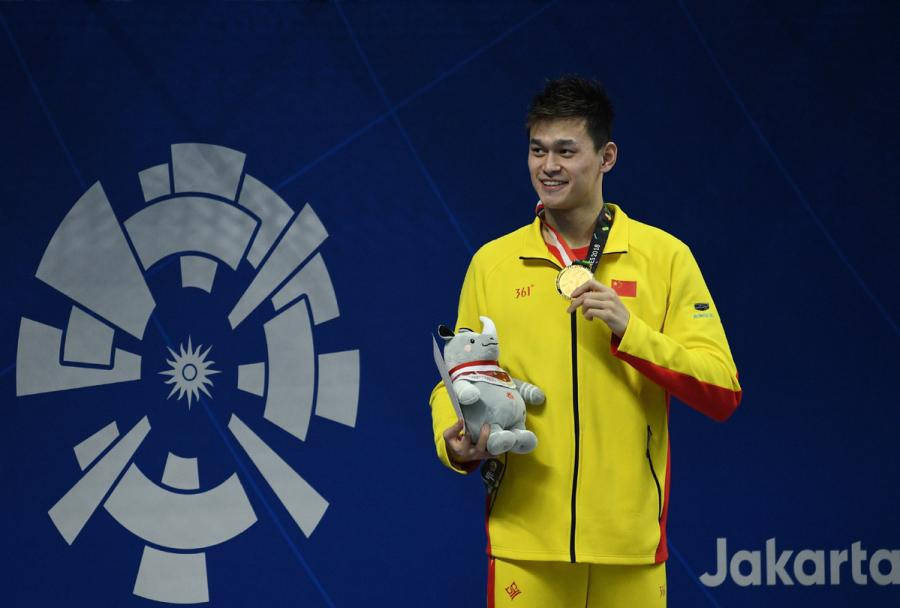 Disgraced Chinese swimmer Sun Yang will be dropped as an ambassador for the 2022 Asian Games in his home city Hangzhou if he fails to overturn an eight-year doping ban, it has been reported.

The triple Olympic gold medallist was found guilty last month by the Court of Arbitration for Sport (CAS) of a second doping offence and banned until February 2028.

The CAS panel upheld an appeal by the World Anti-Doping Agency (WADA) against a decision from the International Swimming Federation (FINA) to let Sun off with a warning, after finding him guilty of tampering with the doping control process.

It followed a member of Sun's entourage destroying his blood vial with a hammer during an attempted drugs test in September 2018.

Sun has vowed to appeal against the decision to the Swiss Federal Tribunal, claiming the verdict has been based on "lies".

But if he loses that case, then Hangzhou 2022 have warned they will end their relationship with the swimmer who has won a total of 14 medals in the Asian Games since making his debut in the event at Guangzhou 2010.

Sun appeared alongside fellow Hangzhou native and Alibaba founder Jack Ma at the Closing Ceremony of the Games when Indonesia handed over the flag for 2022 to the capital of Zhejiang province.

"I can tell you if his ban can't be overturned through his appeal, [organisers] will not associate the Games with Sun Yang again."