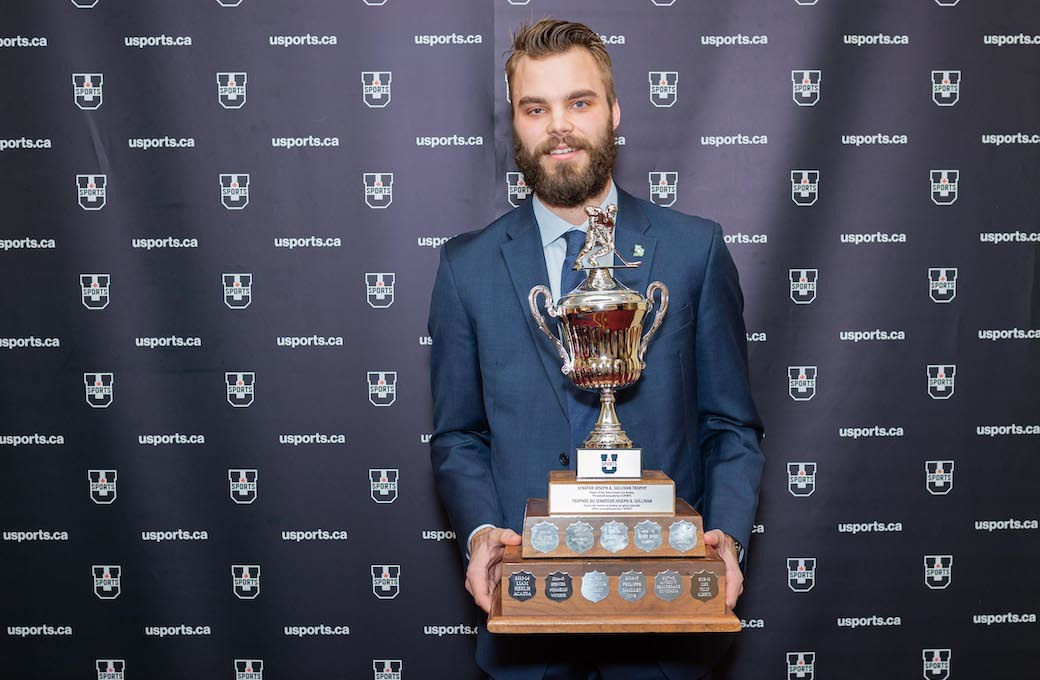 U SPORTS, the governing body for university sport in Canada, have announced Taran Kozun and Tyra Meropoulis as their ice hockey player of the year award winners.

The awards were presented at the U Sports All-Canadian gala.

The Saskatchewan goaltender became the first athlete to claim both awards in the same season, since the goaltending honour was introduced in 2009-2010.

Breaking news from the U SPORTS women’s hockey awards banquet in Charlottetown - X-Women forward Tyra Meropoulis is the U SPORTS Player of the Year!! Congrats Tyra! pic.twitter.com/FgHHQoiqp6

Meropoulis headed the women’s ice hockey awards, after she led the nation in both earning 37 points and scoring 26 goals during the season.

Ryan Medel and Vicky Sunohara secured the men’s and women’s coach of the year awards, respectively.