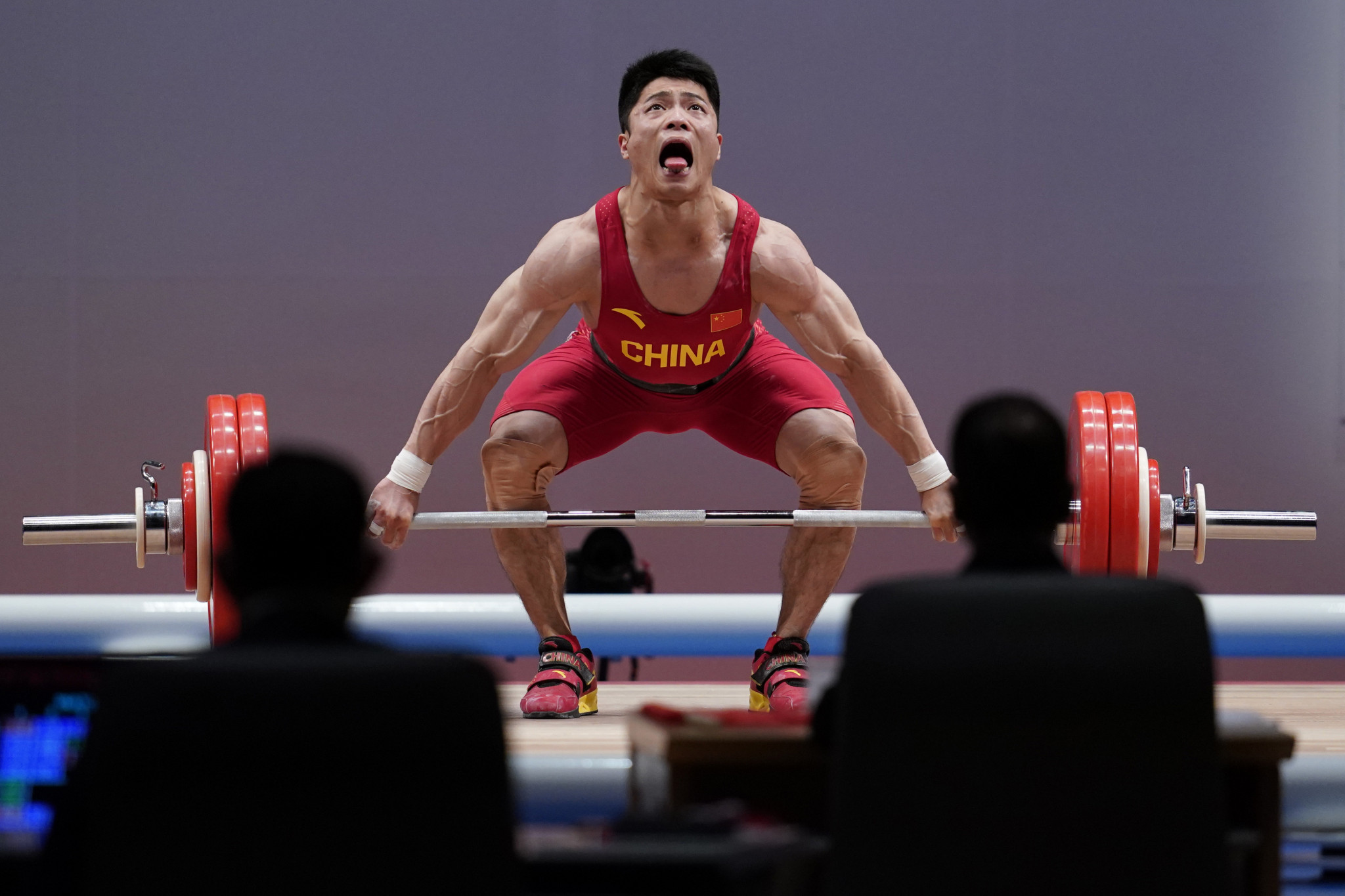 While weightlifters around the world have been unable to train properly because gyms are closed during the coronavirus crisis, Chinese athletes have been in record-breaking form.

The national team, coaches and support staff have been working hard at the national training centre in Beijing, where they staged a trials contest at the weekend.

Although the athletes were not required to cut weight, and weighed in a couple of kilograms over the limit, they took the competition seriously – as did the national broadcaster CCTV, which televised it.

All of those three are clear leaders in their weight category in Olympic qualifying.

A fourth clear favourite from China, Tian Tao at 96kg, missed the Beijing competition because of injury, as did Lu's rival Li Dayin.

As if to emphasise its strength China used its top super-heavyweight, Ai Yunan, as a loader.

Li Fabin made a clean and jerk of 180kg, 6kg higher than the world record held by Eko Irawan of Indonesia, and despite two snatch failures he totalled 318kg, equal to his own world record.

The phenomenal Shi outperformed his own snatch and total world records, making 170-194-364.

Given the status of the competition, none of these efforts will go down in the record books.

Standards were not so high in the women’s competition, which featured 11 athletes.

Deng Wei retired after making one good snatch from three attempts in the 64kg, and two others failed to register a total.

The most impressive performances were in the lower weight classes, with Hou Zhihui making 206kg in the 49kg, and two 55kg lifters making 223kg, Liao Qiuyun and Li Yajun.

China has won five gold medals at every Olympic Games this century and, despite sending its smallest team to date, the new maximum of eight, it is well placed to better that number of golds.

Chinese lifters currently top the rankings in 10 of the 14 Olympic weight categories.

In unrelated news, Greece has had its second doping positive within seven weeks, after eight years without a single violation.

Eleni Konstantinidi, the European champion at the non-Olympic weight of 81 kilograms, tested positive for betamethasone, a steroid medication.

Neither Konstantinidi, 25, nor Markoulas was in contention to qualify for the Tokyo 2020 Olympic Games though two other Greeks are, a welcome upturn after years of disappointment.

Konstantina Benteli in the women's 59kg and Theodoros Iakovidis in the men's 96kg are both well placed.

Only last week Greece was awarded the 2022 International Weightlifting Federation Junior World Championships, which will be hosted by Hersonissos in Crete.

Following the International Olympic Committee decision to postpone the Tokyo 2020 Olympic Games, the Executive Board of the Weightlifting Federation of Africa (WFA) has decided to reschedule the African Championships due to be held between June 15 and 23 in Mauritius.

The WFA will announce the new dates after the Olympic Qualification System has been amended.