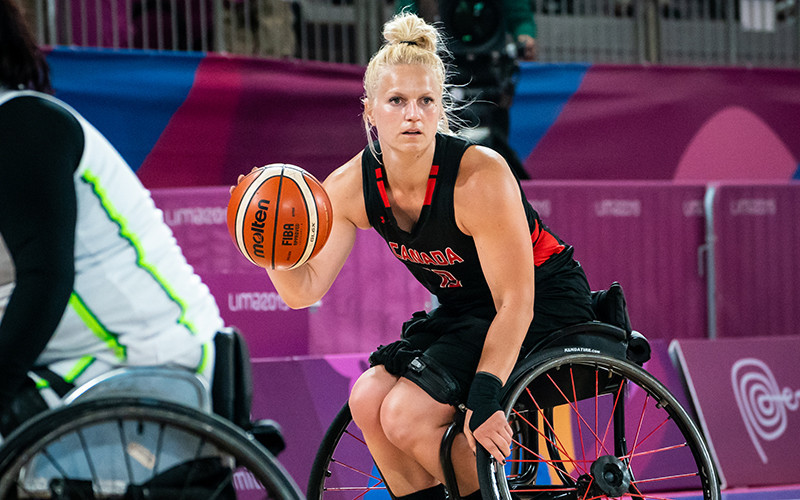 Lee Melymick scooped the men's top prize and Joanne MacDonald was inducted into the Wheelchair Basketball Canada Hall of Fame in the governing body's annual awards, revealed online after the ceremony was cancelled because of the coronavirus pandemic.

Dandeneau propelled Canada to the women's gold medal at the 2019 Parapan American Games in Lima and also helped the team qualify for the Tokyo 2020 Paralympic Games, postponed until 2021 due to concerns over the COVID-19 virus.

"It’s been quite a process getting to this point.

"A lot of hard work, a lot of effort and a lot of time, not just by me but by everyone who has supported me along the way."

Melymick was a member of the Canadian men's squad which earned silver at the Parapan American Games and was named on the all-star team at the Canadian Wheelchair Basketball League National Championship.

"It’s such an honour to be recognised for all the work I’ve done and amazing accomplishments I’ve been a part of,” he said.

"This award means I’m heading in the right direction and I can confidently keep moving forward towards my goal of excellence."

MacDonald was the sole inductee into the Hall of Fame as Wheelchair Basketball Canada celebrated her career in the sport.

An Officer of the Order of Canada, MacDonald represented her country at two Paralympic Games and was part of the women's national team from 1974 to 1985.

"Growing up the idea of sport was never on my agenda," MacDonald said.

"In my era, with a disability you were actively discouraged from participating in sports.

"However, once I sat in that wheelchair and picked up a basketball, it was love at first dribble."