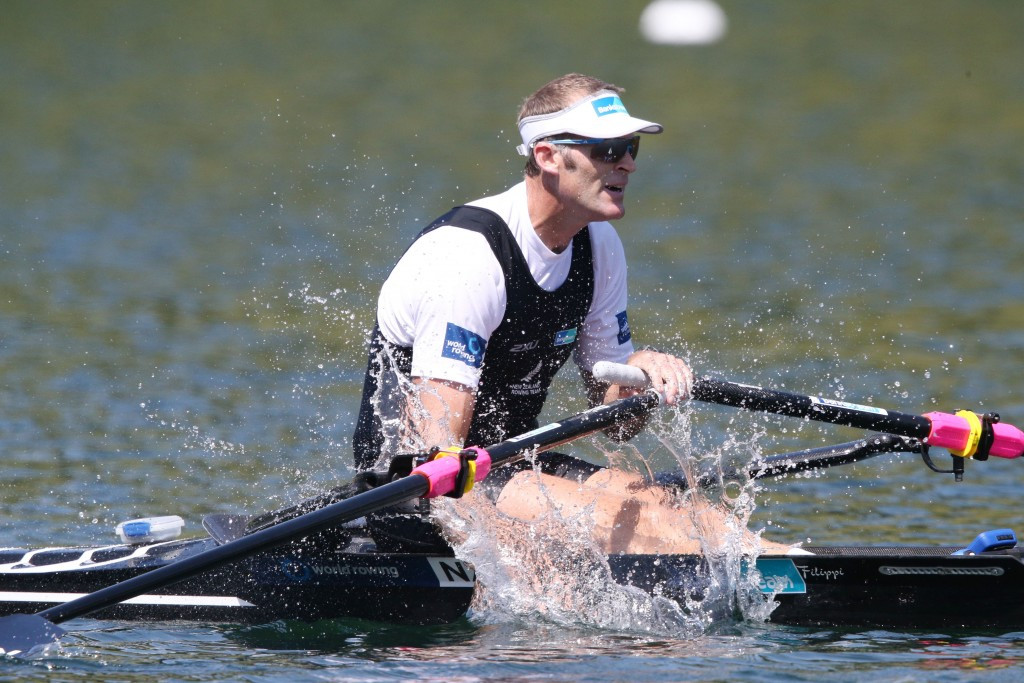 Double Olympic rowing champion Mahé Drysdale has said he is unsure if he will compete at the postponed Tokyo 2020 Olympics as he has struggled with motivation for training during the COVID-19 lockdown.

Drysdale, who has competed at four consecutive Games from Athens 2004 to Rio 2016, is one of New Zealand's most decorated Olympians, winning gold at the London 2012 and Rio 2016 Games in the single sculls and a bronze at Beijing 2008.

However, under the current lockdown measures which have restricted athlete training due to the COVID-19 pandemic, the 41-year-old says he has not had the same hunger.

He had been planning to retire after the Tokyo 2020 Games this year but the Olympics will now be in 2021 because of the coronavirus outbreak.

"It got so bad that I went out for a 2.5-hour cycle and after 15 minutes I turned around to return home as I just couldn't be bothered," Drysdale said.

"I have never experienced anything like this, I have always been highly motivated and had an inner drive, I have never before questioned if I wanted to go to the Olympics.

"I am sure the answers will become clearer in the next few weeks.

"I am sitting at base camp having a good feed, a cup of tea, hanging out with the family and building my strength."

After previously aiming to conclude his career in just over 100 days, the move has put doubts into his mind over the motivation to train hard for a year longer than expected.

He added: "At that point we were 120 days from the Olympics starting (127 days from retirement).

"I was on the downward stretch and really excited about the journey ahead and trying to end my career on a high.

"While there was a huge amount of uncertainty in the world, with events and build-up races being cancelled, we were still on the water training and isolated from the rest of the world's problems.

"I felt in a very good and strong position and that (in terms of my goals to get to and perform at the Olympics) everything was playing right into my hands and I could use that mental toughness and resilience to my advantage.

Here are your first winners of World Rowing Fantasy Cup I ! The overall vote leader is @MaheDrysdale. The winners will all advance to the second round scheduled in the first week-end of May. Some tougher match-ups are coming...https://t.co/ZwZJUSYFNq pic.twitter.com/y7BEry16mL

"Two days later it was announced the Olympics were postponed till 2021.

"In one day, I went from being on a high to lacking all motivation and questioning if I even wanted to go to the Olympics.

"Anyone can do 120 days, you are literally into the final stages of ascent, you can see the summit, on the home stretch, but, 484 days and you've just slid down the mountain and are back at base camp."