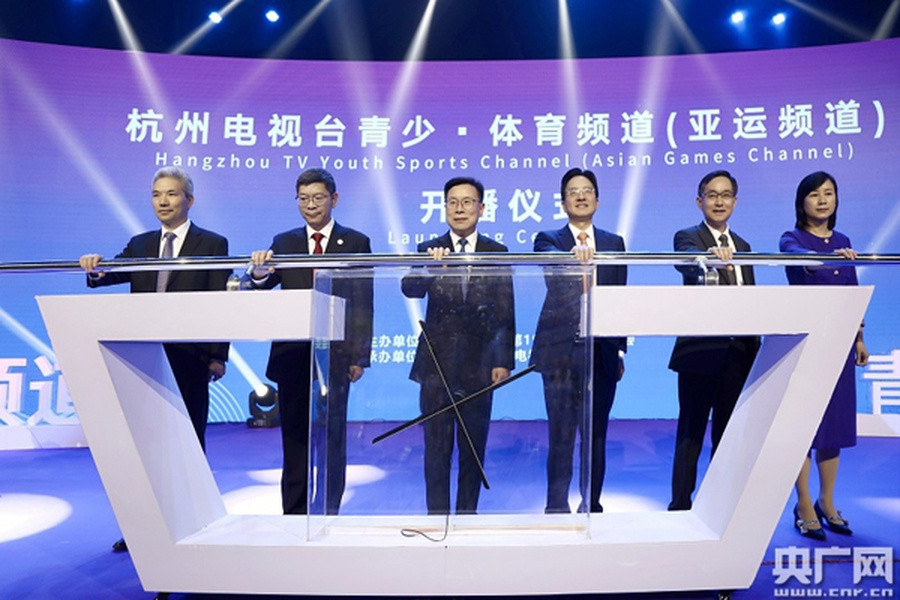 The Hangzhou 2022 Organising Committee (HAGOC) has launched a television channel for official information on the next Asian Games.

The Asian Games Channel was jointly founded with the Hangzhou Culture Radio Television Group, who have turned their children's channel into the "youth and sports" offering.

Chen Weiqiang, deputy secretary general of HAGOC and vice mayor of Hangzhou, said: "We hope the channel will record our preparations for the Asian Games, promoting the brand of the Hangzhou Asian Games and the image of the host city."

As it is partnered with the Chinese city, the channel will also spread culture and knowledge of Zhejiang province and Hangzhou.

It also plans to build an interactive platform in conjunction with the mainstream sports channels across China, starting from this year.

There will be feature programmes, short videos and micro-documentaries showing the development of the city and the preparations for the Asian Games.

Hangzhou 2022 is set to be the third time that China hosts the Asian Games, having previously done so in 1990 in Beijing and 2010 in Guangzhou.