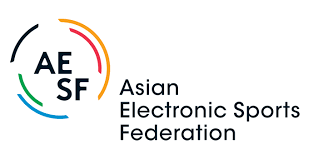 The Asian Electronic Sports Federation (AESF) has indefinitely postponed the e-Masters Chengdu 2020 tournament due to the COVID-19 pandemic.

The AESF's decision comes after recommendations from public health experts, and also follows consultations with the local authority of the Chinese host city and the Organising Committee.

The event was initially postponed in February, having been scheduled to take place from February 28 to March 1.

It had been hoped that new dates would be identified, but that hasn't been possible and the governing body has signalled it is unlikely to take place in the immediate future.

The AESF "decided to put the safety and welfare of players, staff and fans at the heart of this decision", it said in a statement.

It added: "As a result, the commencement of the final rounds of the e-Masters Chengdu 2020 will be suspended until further notice, pending global situation as well as effects imposed on travel restrictions."

Several teams had already qualified to compete in Chengdu at regional qualifiers.

Despite the fact many esports competitions can be staged virtually, the AESF has given no indication it plans to do so with the e-Masters Chengdu 2020.