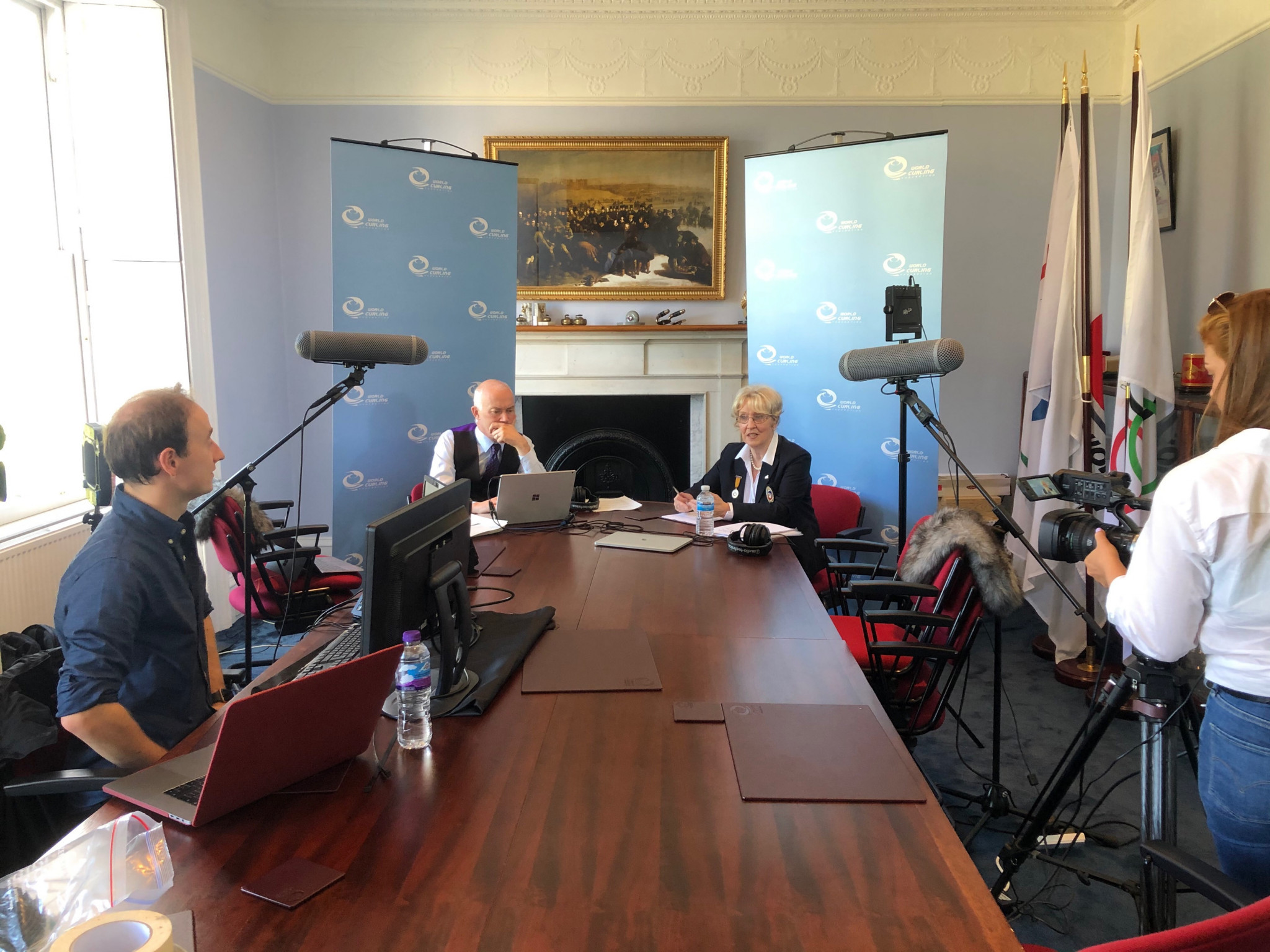 The World Curling Federation (WCF) has announced the creation of the World Wheelchair Mixed Doubles Curling Championship for 2021 at its Annual General Assembly (AGA).

WCF's AGA was held digitally with the event focusing mostly on voting for proposed rule changes and elections.

This change came into force due to the COVID-19 pandemic restricting travel worldwide.

Its first edition is scheduled for January 2021 - two months before the traditional date for the World Wheelchair Curling Championship, usually scheduled for March.

Elsewhere, WCF vice-president for Pacific-Asia Hugh Millikin was confirmed for a new-four year term after standing unopposed while Sweden’s Cathrine Lindahl returned to the WCF Board as a director for a further four-year term.

The Member Associations voted to create a Board Nominations Committee with the purpose of soliciting and reviewing nominations for vacancies on the World Curling Federation Board.

This is part of WCF's changes to its governance style to be more strategic and directional.

In two hours the digital edition of the World Curling Federation Annual General Assembly gets underway.

Follow along for updates on voting for proposed rule changes, elections and more.#Congress2020 #OurHouse pic.twitter.com/fi05h6MRTH

The Committee will consist of three elected members and two appointed members.

Both men and women must be represented on the Nominations Committee.

Members have also voted to change the "Coach Interaction with Teams" rule.

Teams will now be allowed to communicate with their coach, alternate or other team officials during end breaks rather than for scheduled time outs.

The Annual General Assembly, which usually takes place on the last day of the Congress, was held today with representatives from 64 member associations invited.

The 2021 Annual Congress is scheduled to take place in Saint Petersburg in Russia from September 9 to 11 2021.