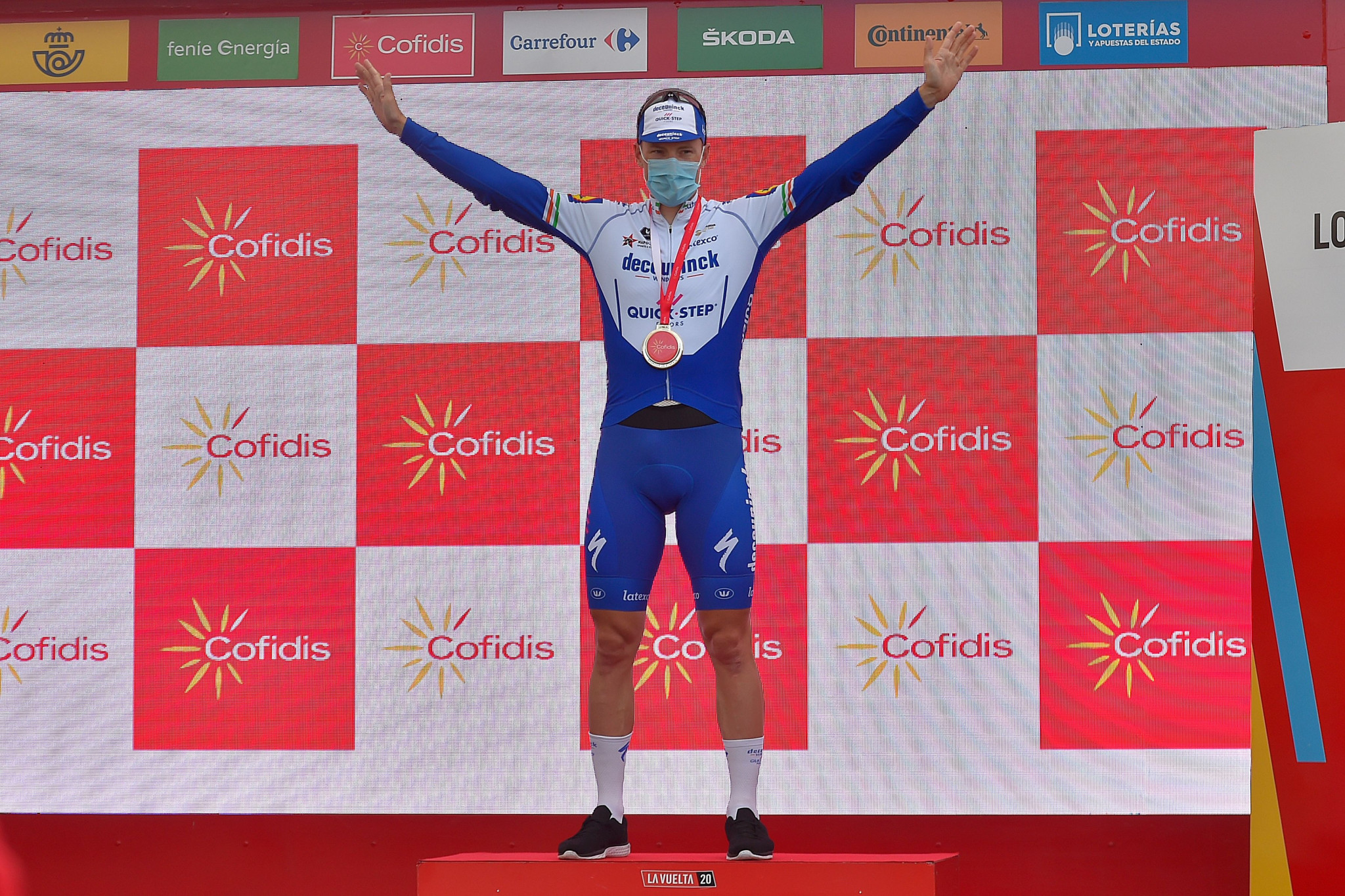 Sam Bennett won stage four of the Vuelta a España as Primož Roglič retained his overall lead of the race.

"I went for the outside and Philipsen came up the inside and got such a jump I actually didn’t think I was going to be able to catch him," Bennett said.

"But in the end, I started getting more and more speed and I was still accelerating to the line.

"I had the power but he was so explosive out of the corner and I didn’t know if I would catch him.

"But I found more and more speed, and in the end, I managed to overtake him and take my first win since Champs-Élysées, which feels amazing."

Slovenia's Roglič, who rides for Jumbo–Visma, finished with the bunch to maintain his race lead over Ireland's Dan Martin.

With a total time of 16:30:53, Roglič has a five-second advantage over Martin and a 13-second lead over Richard Carapaz of Ecuador.

Competition is set to continue with the fifth stage tomorrow.

Cyclists are set to take on a 184.4km ride from Huesca to Sabiñánigo.