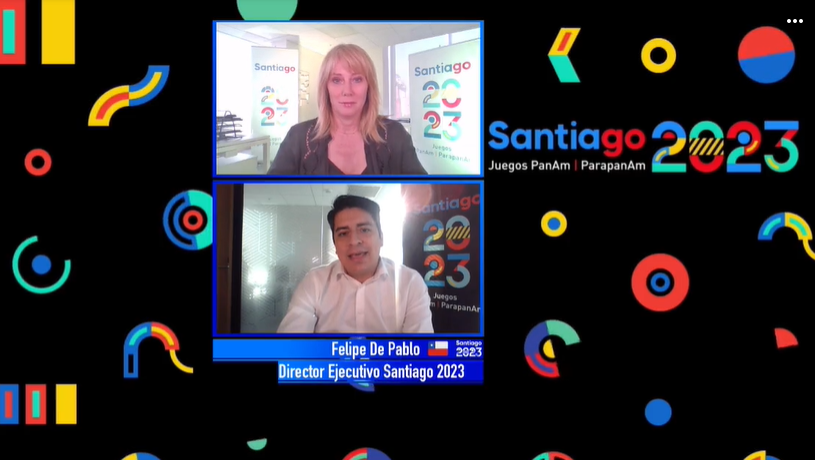 Santiago 2023 chief executive Felipe De Pablo featured in an Instagram Live broadcast on the next edition of the Parapan American Games.

The broadcast was held to mark three years until the next Parapan American Games, which are set to be held in the Chilean capital from November 17 to 25.

Argentina's Para-swimmer Daniela Giménez, who earned two gold medals at the 2019 Parapan American Games in Lima, was also in attendance.

During the Instagram Live, De Pablo discussed the organisation of both the Pan American and Parapan American Games.

"We want to create the same conditions in both Games because we have the obligation and duty to deliver quality events," he said.

"We are privileged to have a job where we can contribute enormously to society and permanently, and so that these Games are a before and after for the national Paralympic sport."

Cabrillana and Abarza both voiced their excitement about competing in front of a home crowd in 2023.

"Competing at home is from another galaxy and for me, it would be a dream to compete in Santiago 2023," said Abarza, who achieved three gold medals at Lima 2019.

Giménez spoke about the importance of Para-sport and inclusion, but revealed she may not compete at Santiago 2023 due to retirement plans.

Despite the economic impact of the coronavirus pandemic, Chilean Olympic Committee President Miguel Ángel Mujica has insisted the 2023 Parapan American Games are still "viable" to be held.

It is set to be the seventh edition of the Parapan American Games, which were first held in Mexico City in 1999 and have been held alongside the Pan American Games since the third edition in 2007 in Rio de Janeiro.