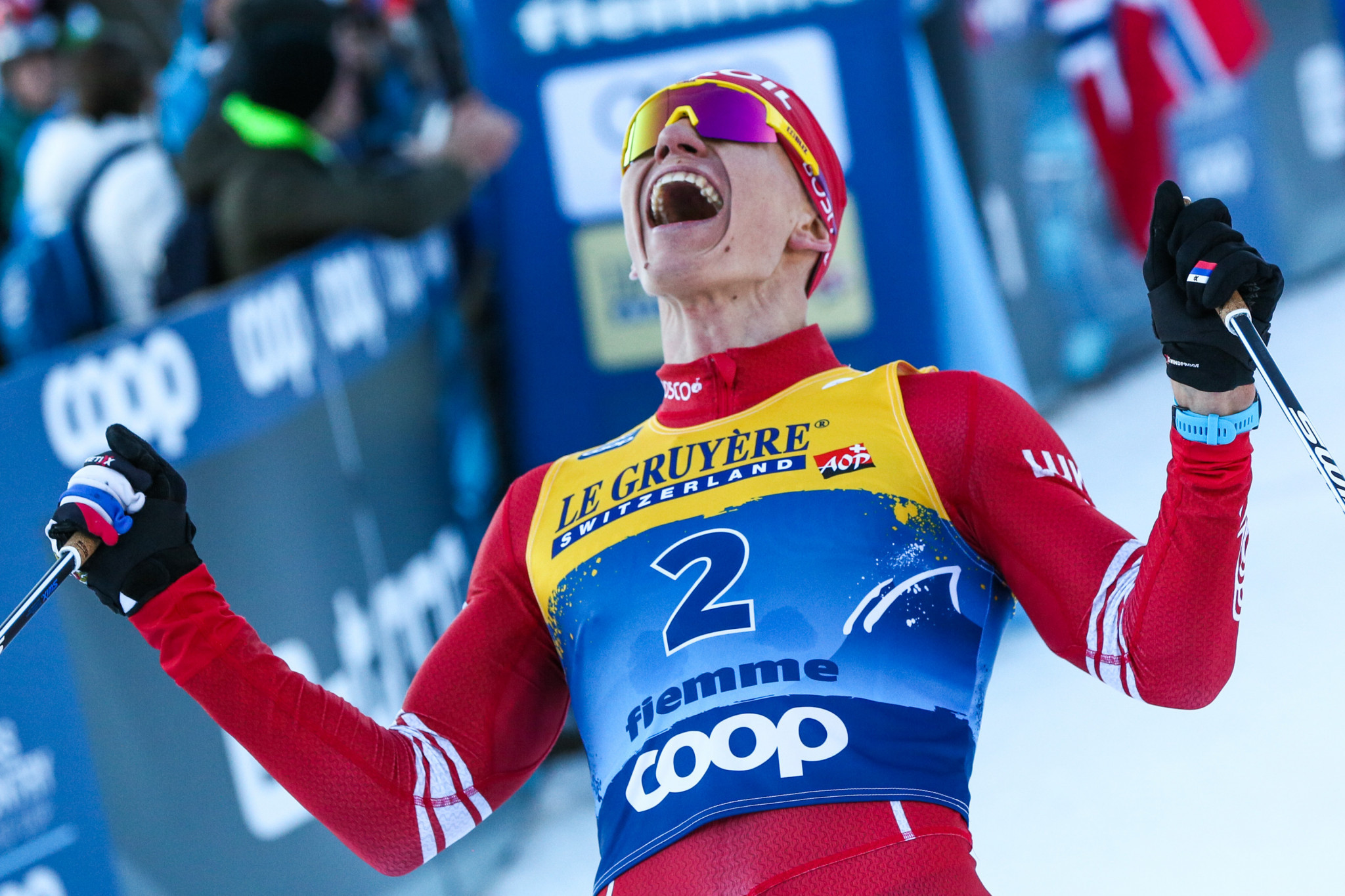 Russia’s Alexander Bolshunov will be looking to continue his fine form when the International Ski Federation (FIS) Tour de Ski resumes in the Italian resort of Toblach tomorrow.

After three successive legs in Val Müstair in Switzerland, the FIS Cross-Country World Cup competition now moves to Italy with back-to-back contests in Toblach followed by three further events in Val di Fiemme from January 8 to 10.

The men are due to compete in the 15-kilometre free and the women the 10km free tomorrow.

Cross-country skiers are then due to be tested over the same distances in the classic pursuit on Wednesday (January 6).

Bolshunov leads the way in the men’s overall FIS World Cup standings with a 304-point advantage over nearest rival Federico Pellegrino of Italy, and is in prime position to win the Tour de Ski for the second successive year.

After falling short to Pellegrino in the opening sprint free race in Val Müstair, the Russian claimed victory in the 15km classic mass start and the 15km free pursuit.

Bolshunov, who has won four races this season, now has the chance to strengthen his grip on top spot with a third straight win, but Pellegrino will hope to make home advantage count.

In the women’s event, overall leader Rosie Brennan of the United States will be aiming to return to winning ways after narrowly missing out on gold yesterday.

Brennan has not tasted victory since claiming a memorable double in Davos in Switzerland last month and had to settle for second behind Jessie Diggins in the 10km free pursuit in Val Müstair.

Linn Svahn of Sweden remains in pole position to secure the eight-leg Tour de Ski title after winning both the sprint free and the 10km classic mass start over the weekend.

Brennan tops the overall World Cup standings with 494 points ahead of Russian duo Tatiana Sorina and Natalya Nepryayeva who have 420 and 364 respectively.

Norwegian athletes have won the women’s Tour de Ski for the past seven seasons, but the team has pulled out due to coronavirus concerns.