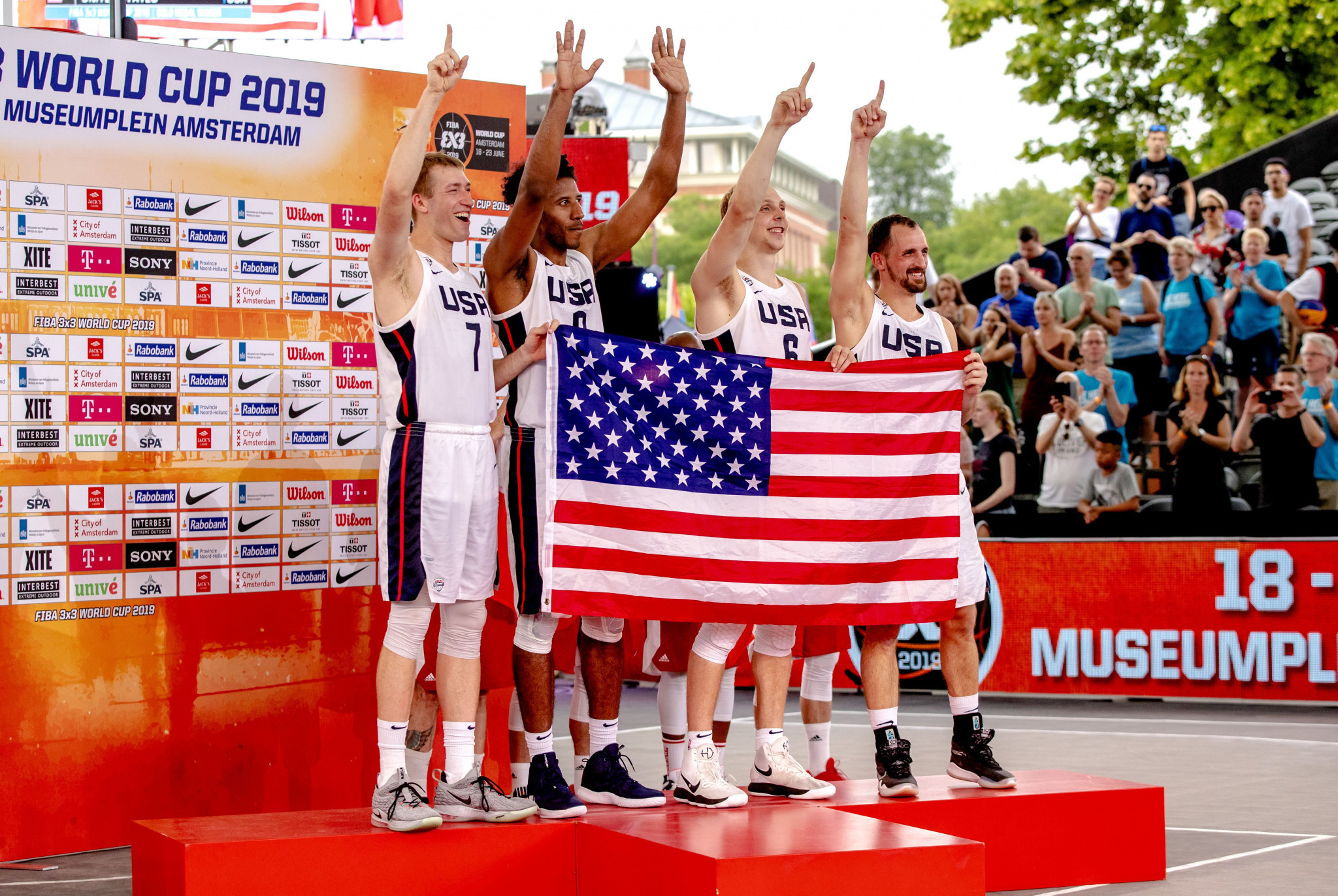 Antwerp has been named as the host of the seventh edition of the International Basketball Federation (FIBA) 3x3 World Cup in 2022.

Competition will be hosted by the Belgian Basketball Federation and be organised by Sportizon/Golazo, in cooperation with the Flanders region, Basketbal Vlaanderen and the City of Antwerp.

Competition is set to take place on Groenplaats, which is considered one of the most iconic squares in Antwerp.

"The historic district of Antwerp promises to be one of the most spectacular urban backdrops in 3x3 history.

"We’re excited to be in such a young and dynamic city and region, for what will be the first World Cup after 3x3's Olympic debut in Tokyo later this year."

Hosts Belgium will be represented in both tournaments.

China are the reigning women’s champions after winning the 2019 FIBA 3x3 World Cup in Amsterdam, overcoming Hungary in the final.

The United States are the current men’s champions, after beating Latvia in the 2019 final.

Flemish Minister for Sport Ben Weyts hopes the World Cup will aid the development of basketball in the region.

"The FIBA 3x3 Basketball World Cup will allow Flanders to get to know a young and dynamic Olympic discipline," said Weyts.

"This hip and urban form of sport and exercise will stimulate and inspire young people even more.

"I strongly believe that the World Cup will offer an added value for the further development of basketball in Flanders.''

Antwerp had been due to host to the Crelan FIBA 3x3 Europe Cup in 2020.

The event was cancelled due to the COVID-19 pandemic, however.

''It’s a postponement not a cancellation: our teams will be even better prepared to compete in the World Cup in June 2022," said Koen Umans, President of Basket Flanders.

"Thanks to the support of Flanders and the City of Antwerp, we will create a high-level event together with event organiser Sportizon/Golazo.

"We are sure to offer a unique experience to both players and spectators.

"We are keen to make the 3x3 World Cup a catalyst for the development of 3x3 in Flanders.

"3x3 basketball will continue to claim its place on the map in the Flemish basketball landscape through various actions and initiatives in the coming years."