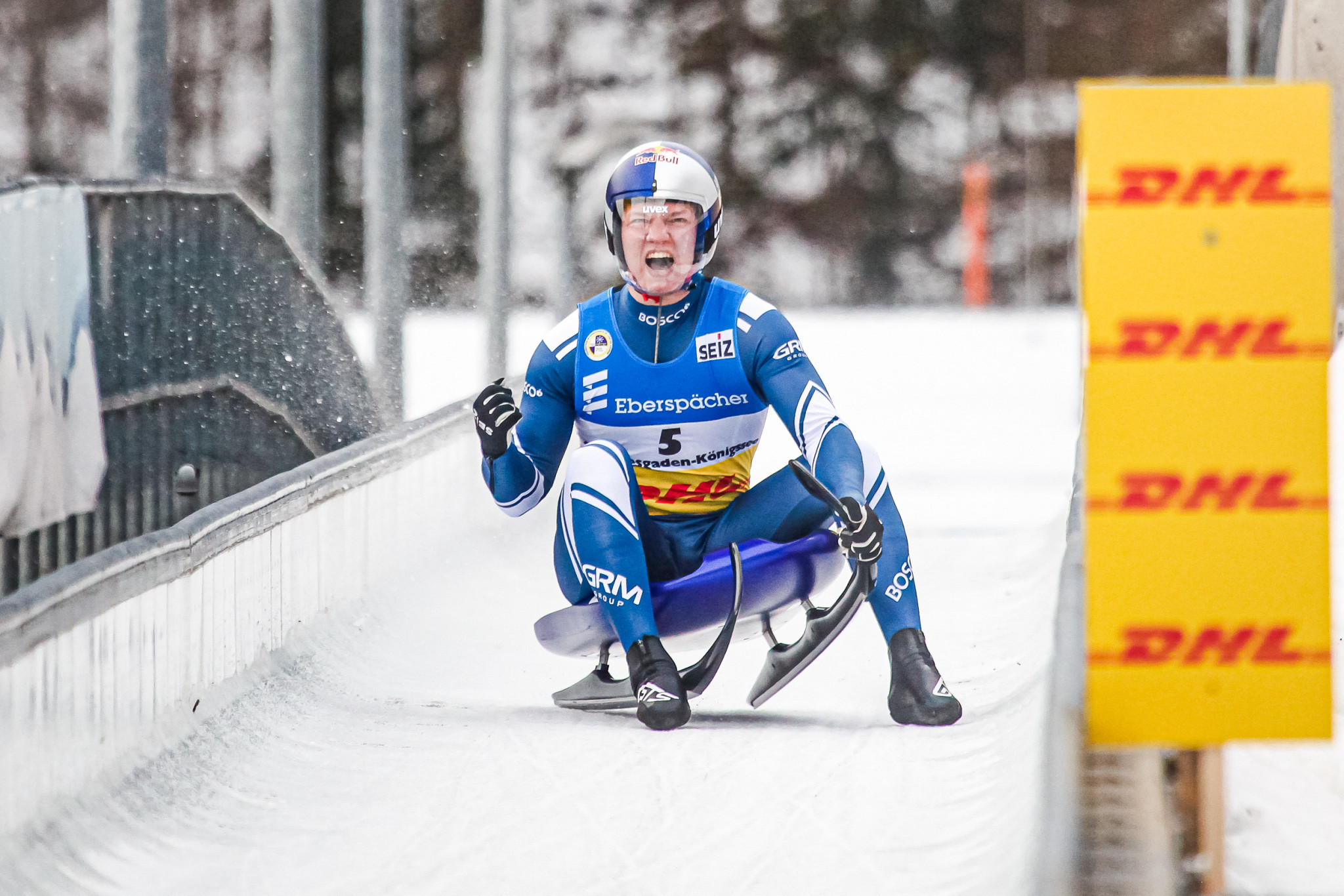 The Russian successfully held off the challenge of Felix Loch, who has already clinched the men's World Cup title with dominant performances all season.

Austria's David Gleirscher recorded a time of 1:38.027 to finish third for the second consecutive event at the German venue.

"I am incredibly happy about the second World Championship medal, and that in two days," Gleirscher said.

Latvia's Andris Šics and Juris Šics clinched another world medal after a silver in the sprint, earning bronze in 1:40.591.

Competition is set to conclude tomorrow with two runs in the women's event and the team relay competition.

The World Championships had been due to take place in Calgary and Vancouver in Canada, but the event was moved to Germany because of the COVID-19 pandemic.