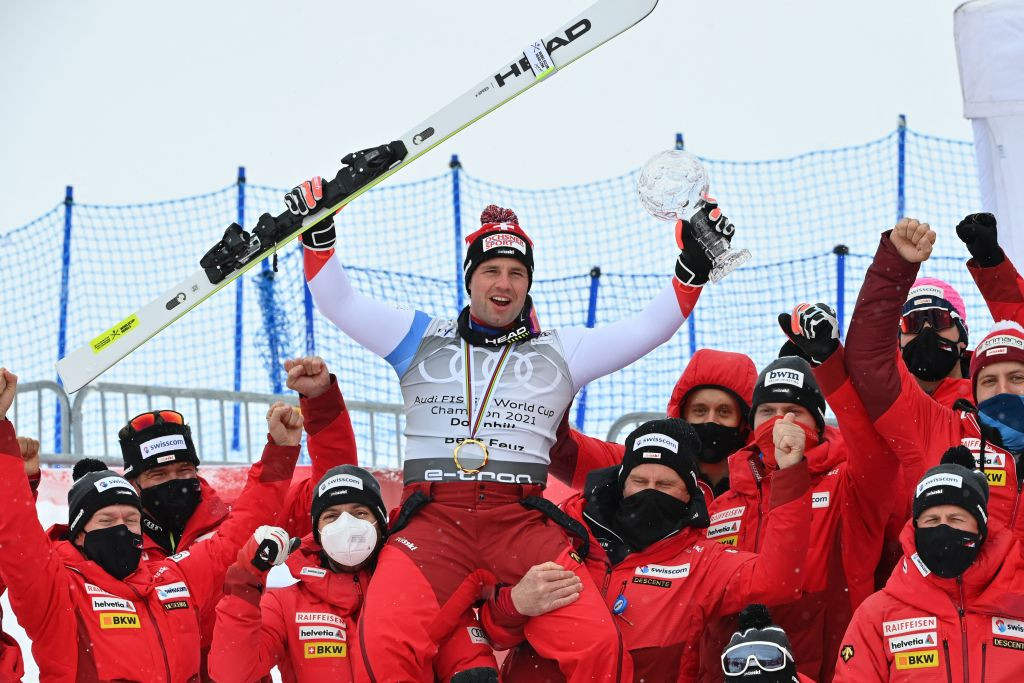 The last two downhill events of the campaign had been due to take place at the World Cup finals at the Swiss resort today, but organisers called the races off due to poor conditions.

The cancellation had been expected after organisers were unable to hold any training runs yesterday or on Monday (March 15).

"According to World Cup Rules, the races will not be rescheduled," the International Ski Federation said.

Feuz, who led Austria's Matthias Mayer by 68 points going into the men's race, has now won four downhill crystal globes in a row.

? BREAKING: Due to the present weather situation the jury, the OC, Swiss-Ski, and all stakeholders decided to cancel today’s Men’s and Women's Downhill at @ArosaLenzerheid.
According to World Cup Rules, the races will not be rescheduled. Globes will be awarded today! #fisalpine pic.twitter.com/8bQXbgqnM7

Goggia, the Olympic downhill champion who missed last month's World Championships due to injury, also had a healthy advantage in the race for the women's crown as she was 70 points clear of nearest challenger Corinne Suter of Switzerland.

The men's and women's overall titles are on the line in Lenzerheide and today's cancellation boosts the respective chances of Frenchman Alexis Pinturault and Petra Vlhová of Slovakia.

The finals are due to begin with super-G races tomorrow.