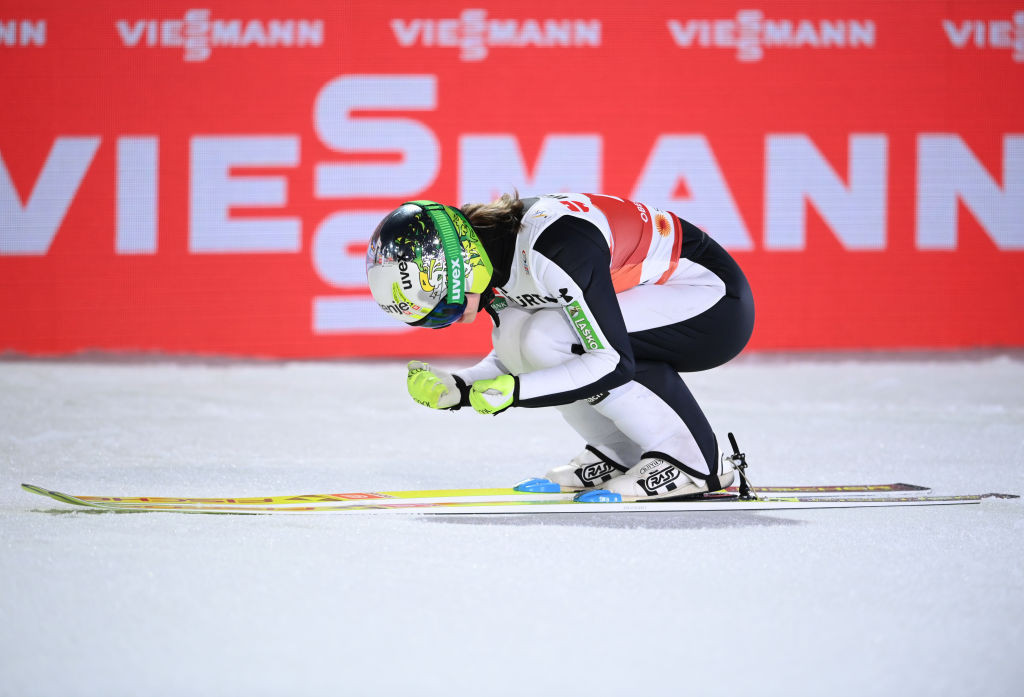 Marita Kramer of Austria topped the podium in the last competition of the campaign, held over one jump because of strong winds, after setting a hill record of 146.5 metres that gave her a score of 136.1 points.

But Kramer's fourth consecutive World Cup win was not enough to wrestle the crystal globe from Križnar.

Križnar ended the season on 871 points, with Japan's Sara Takanashi, whose hopes of winning the title were dashed by a seventh-place finish today, second on 862.

Kramer took third on 860 points, despite her late surge of victories towards the end of the campaign.

She had earlier helped Austria win the team competition that preceded the season-ending individual event.

The Slovenian quartet recorded a score of 348.5, while Katharina Althaus, Juliane Seyfarth, Luisa Görlich and Anna Rupprecht of Germany were third on 336.5.