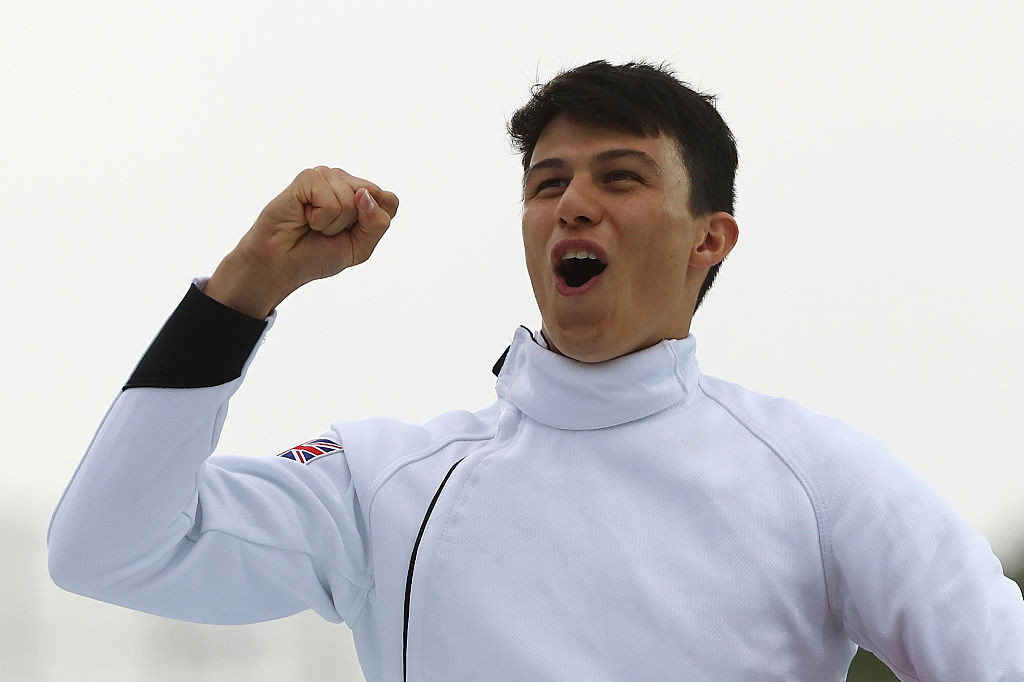 Behind the 25-year-old Briton the two minor medal placers from the men’s event in the opening World Cup in the Bulgarian capital on April 10 swapped positions.

Second place went to Ilya Palazkov of Belarus, bronze medallist in the previous World Cup in Sofia, with Hungary’s Robert Kasza having to settle on this occasion for bronze.

Choong had taken the early lead after winning the swimming with a time of 2min 01.05sec, just 0.04 faster than his teammate Jamie Cooke, the 2018 world champion, with both men earning 308 points, two more than South Korea's winner of the first World Cup in Sofia, Jun Woongtae.

But the lead changed when Palazkov produced a superb winning performance in the fencing, with 27 wins and eight defeats, earning him 264 points, with Choong and Kasza not so far behind him, level on 245.

Going into the riding, Palazkov led with 561 points, just eight more than Choong, with Kasza on 541.

Both Choong and Kasza earned maximums of 300 in the riding, but Palazkov lost ground with a score of 293 which meant he set off first in the concluding laser run with just a single point - or second - advantage from the young Briton, with the Hungarian athlete setting off 13 seconds after him.

Choong overtook his rival to finish with a winning total of 1435 points, but Palazkov retained silver medal position on 1427 with Kasza taking bronze with 1419, just three points clear of his compatriot Bence Kardos.