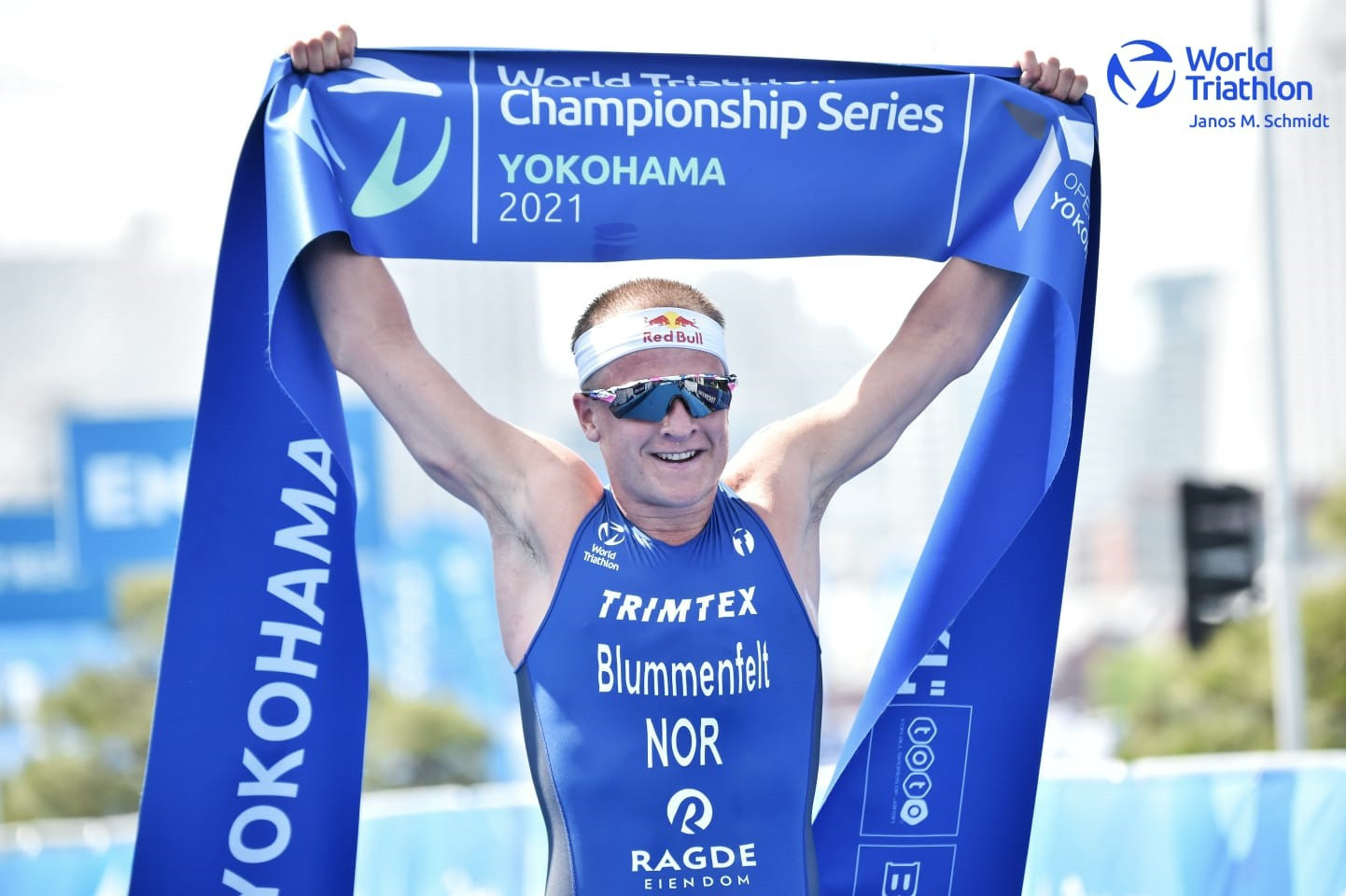 Norway's Kristian Blummenfelt and the United States' Taylor Knibb claimed victories in the men's and women's races at the season-opening World Triathlon Championship Series leg in Yokohama in Japan.

With a win in the women's race, Knibb secured her spot at the Tokyo 2020 Olympics, crossing the line first in 1 hour 54min 27sec despite a strong challenge from Dutch triathlete Maya Kingma, who dictated the pace on the bike.

"I wasn't really thinking about Tokyo I just wanted to get to that finish line," Knibb said.

"Maya was so good on the technical sections of the bike so I just wanted to pay attention to that and push on the sections where the group was slower.

"I was just like 'I gotta run', knew I just needed second and there wasn't a lot of time for thinking."

Rappaport had already qualified for the Olympics and either Katie Zaferes or Taylor Spivey would have joined her in the US team with a podium finish, but both fell short.

Austria's Julia Hauser was fifth ahead of British pair Sophie Coldwell and and Non Stanford.

Taylor Knibb USA wins #WTCSYokohama! Knibb is the youngest member of the US National Team and today marks a special moment in her career, gold in the opening race of the '21 season and #Tokyo2020 bound.https://t.co/JwsigQEnNx@usatriathlon @taylorknibb @worldtriathlon pic.twitter.com/kndaf5KtZu

Blummenfelt secured the victory in the men's race following a head-to-head on the 10-kilometre run with Belgium's Jelle Geens, finishing in a time of 1:42.55.

American Morgan Pearson claimed the bronze medal and secured his spot on the Olympic team in the process by holding off Britain's Alex Yee by five seconds.

"It felt good to be racing again, there were some nerves on the start line-up against those guys, but it was a great result here in Yokohama," said Blummenfelt.

"Starting an Olympic year with a good performance is great, but this is the soft test for what will be tougher conditions coming up in the summer.

"I didn't know where I was off the bike or if the other guys were struggling, but I felt like I had control throughout the run and it was really nice to take my second series win."