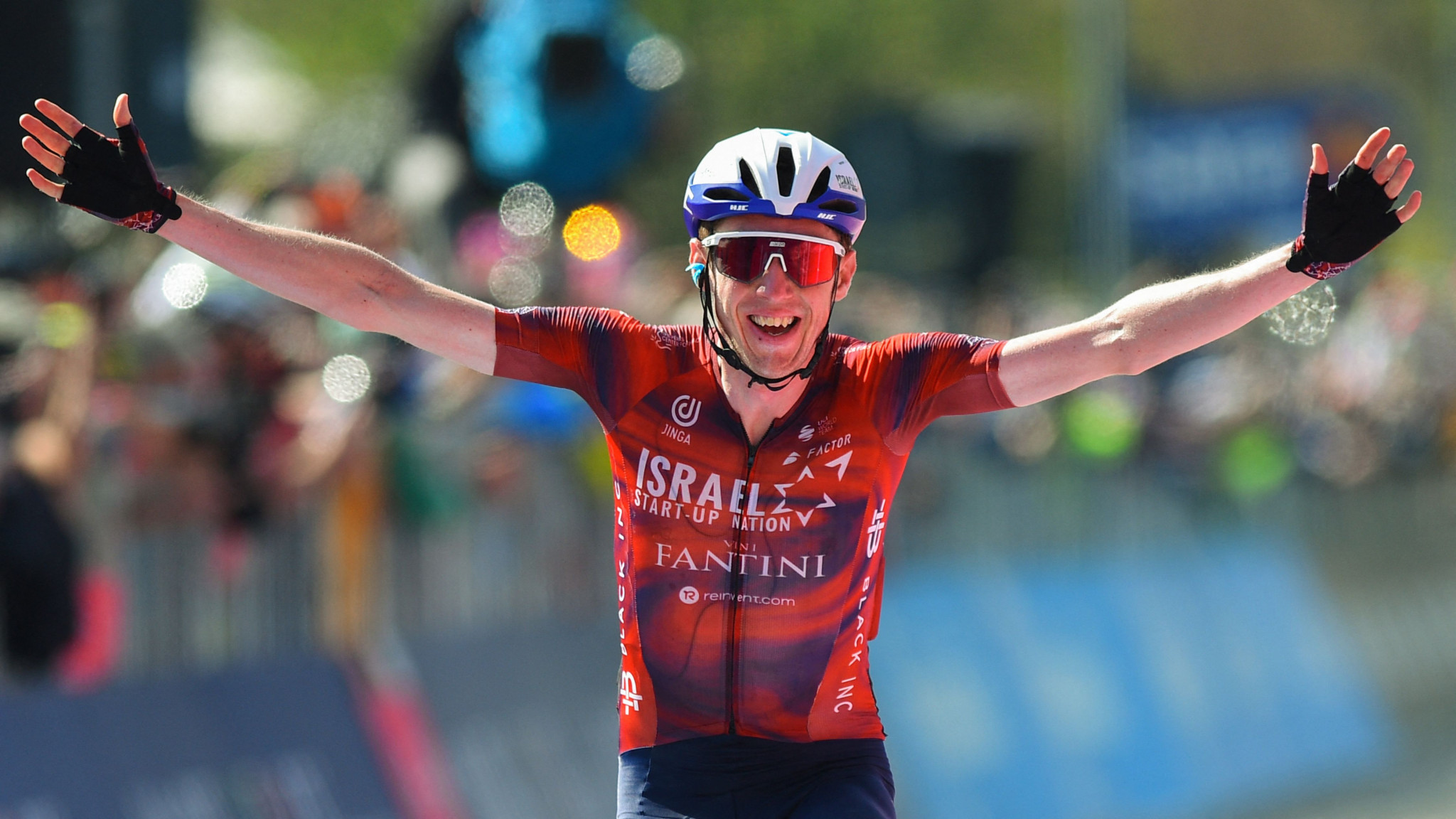 Ireland’s Dan Martin earned victory from a breakaway on stage 17 of the Giro d’Italia, as Britain’s Simon Yates made inroads into Egan Bernal's race lead with a late attack.

Martin featured in a 19-man breakaway group on the 193-kilometre mountain stage from Canazei to Sega di Ala, as the race resumed following the final rest day.

The Israel Start-Up Nation rider launched a solo bid for victory on the final climb of the stage, pulling away from the remaining members of the break.

Martin was forced to hold on in the closing moments as the general classification battle led to his lead being reduced, but he came across the line in a winning time of 4 hours 54min 38sec.

"I came here with the idea of winning a stage, it’s really something to have pulled it off," Martin said.

"The Giro is a beautiful race that I haven’t managed to ride many times."

Yates finished the stage 53sec ahead of Bernal after attacking with Almeida on the steep final climb.

Bernal was unable to respond to the move, with the Colombian instead tracking his nearest general classification rival Damiano Caruso of Italy, supported by team mate and compatriot Daniel Martínez.

The Ineos Grenadiers rider ended 3sec adrift of Caruso on the stage and remains in the race lead.

"I tried to follow Yates but when I realised that I couldn’t, I looked behind to take the wheel of Caruso and tried to avoid being dropped by him too," Bernal said.

"For sure I’m not unbeatable but you see the grinta of the riders in the difficult moments.

"Others were just stronger than me today.

"It was great to have a friend like Dani Martínez along with me.

"All I want is to remain focused until the end of the Giro."

Bernal holds a 2min 21sec advantage over Caruso in the overall standings, but the 2019 Tour de France winner’s struggles on the stage will offer encouragement to his rivals with two mountain stages and an individual time trial still to come.

Yates moved back up the standings to third, with the Briton now 3:23 down.

He will hope today’s performance serves as a springboard to close the gap to Bernal, after bouncing back from a difficult stage on Monday (May 24).

Tomorrow’s stage should offer some respite to the general classification contenders, with riders set to complete a 231km flat route from Rovereto to Stradella.