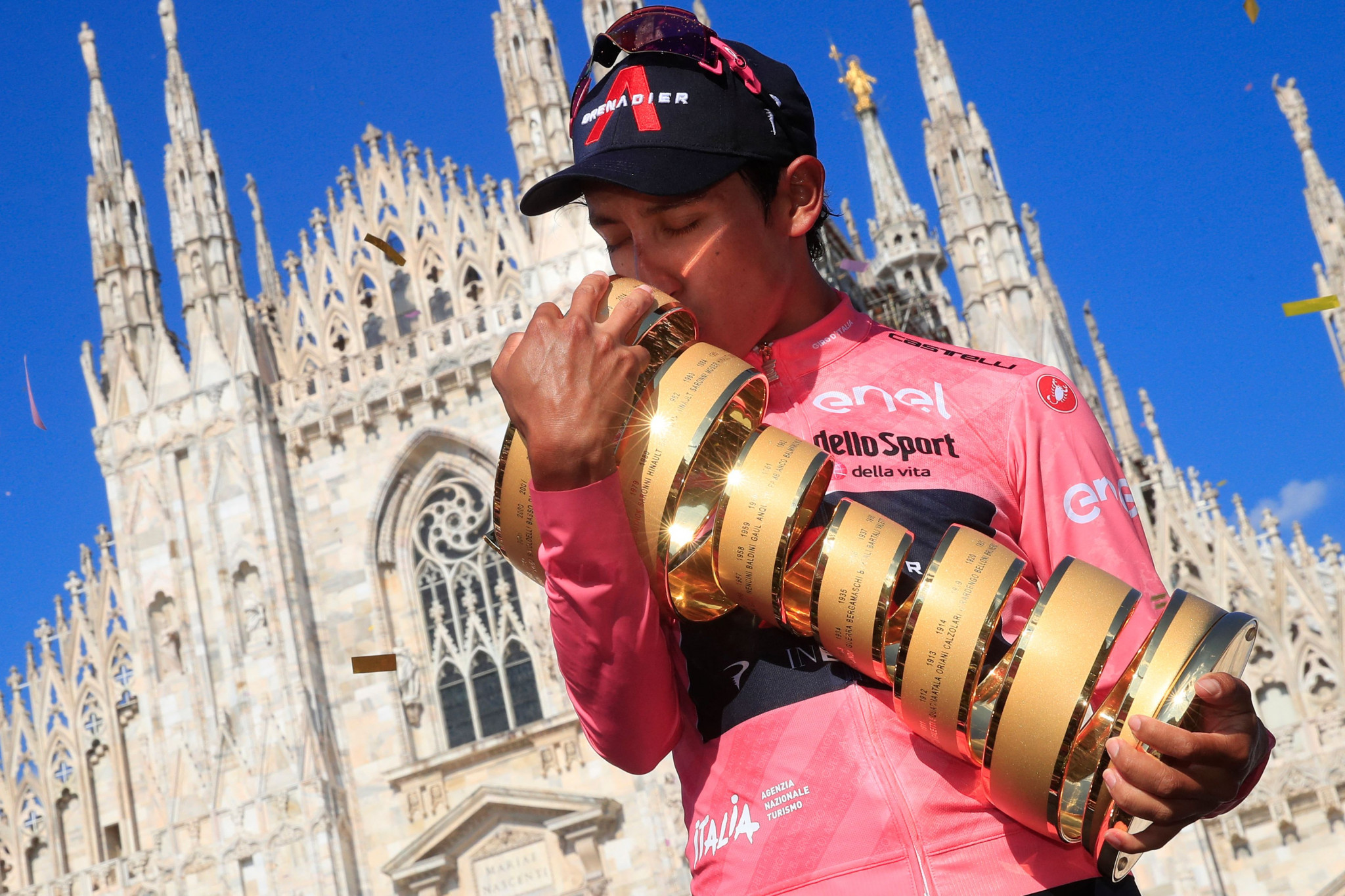 Egan Bernal clinched victory at the Giro d’Italia after the Colombian rider negotiated the final individual time trial of the race, which was won by Ineos Grenadiers teammate Filippo Ganna.

Bernal headed into the 30-kilometre individual time trial from Senago to Milan, the 21st and final stage of the race, with a 1min 59sec cushion over second placed Damiano Caruso of Italy.

Caruso was able to shave 30 seconds off Bernal’s winning margin, but the Colombian finished comfortably clear to earn a maiden Giro d’Italia title.

Bernal had been forced to withdraw from the 2020 Tour de France due to back injuries, but has bounced back at the Giro d’Italia.

"I really have no words.

"I have had two difficult years with some problems that I hope to have put behind me with this success.

"The Maglia Rosa is special and the Giro is the most beautiful race in the world.

"I have no words to describe everything I feel.

"In this race I found the freedom to ride as I like, I will never forget these three weeks."

Bernal finished the race with a 1:29 margin of victory over Caruso, with the 33-year-old Bahrain Victorious rider celebrating a maiden Grand Tour podium finish.

Britain’s Simon Yates rounded off the podium places, finishing 4:15 behind the winner.

Ineos Grenadiers were also able to celebrate victory in the time trial, with Ganna winning the first and last stage of the Giro d’Italia for the second successive year.

The world time trial champion was forced to change his bike in the closing kilometres of the stage, but recovered to set the fastest time of 33:48.

France’s Rémi Cavagna finished 12 seconds behind as the runner-up, with the Deceuninck-QuickStep rider left ruing a misjudgement of a corner which led to him crashing into a barrier and losing valuable time.

"Today I also beat bad luck, I had a puncture but I managed to change the bike really fast, like an F1 pit stop," Ganna said.

"As a team, we brought home a beautiful result.

"Egan Bernal did something wonderful that has been built over these last three weeks.

"We worked hard to keep Egan always at the front of the peloton.

"This Maglia Rosa is a success for the whole team and thanks to Egan for having finished it all off in the best possible way."