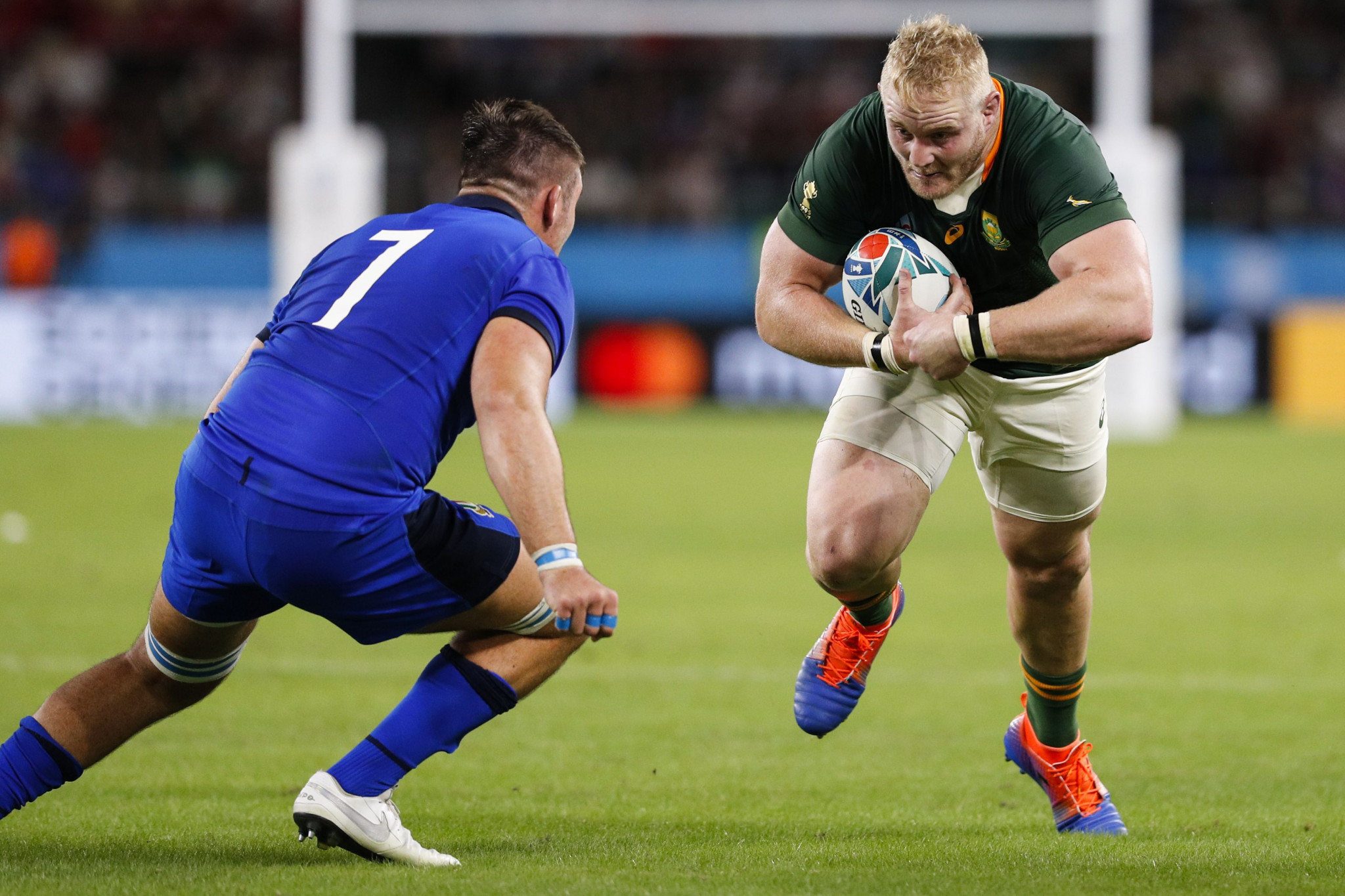 South Africa’s preparations for the upcoming British and Irish Lions tour have suffered a blow after three players tested positive for COVID-19, forcing the entire squad into isolation.

The Springboks had planned to take part in a training session in Johannesburg yesterday, but it was called off due to the coronavirus cases in the camp.

The Lions arrived in Johannesburg yesterday prior to the opening tour match, scheduled to be held on July 3, before the first test against South Africa is due to take place in Cape Town on July 24.

"Team management immediately put the squad into self-isolation as a precaution until specialist medical advice is sought from the Castle Lager Lions Series Medical Advisory Group.

"A decision on further team activities will be made shortly.

"SA Rugby director of rugby Rassie Erasmus emphasised that the team had followed all the necessary precautions since the start of the three-week conditioning camp hosted in Bloemfontein, which included mandatory COVID-19 testing three times a week, and that they would be led by specialist advice before any action is taken."

The Springboks are scheduled to face Georgia on Friday (July 2), but Erasmus insists the match will go ahead as planned.

"I don't think the Georgia Test match [is at risk], in my opinion, having followed the natural flow of how things happened and when the guys left [Bloemfontein] last Thursday (June 24) and when the new guys came in and who was in contact with who," said Erasmus.

"We've got a squad of 45 players, especially for that reason.

"We've got guys playing against the Lions next week at our provinces, so we will never not have enough players to play.

"Even if there are players inside that are positive, we can draft a player from the outside who is anywhere on the Test radar at the provinces.

"I think it would be 100 per cent bad luck or something more external that makes that decision, but I can't see it."

A strict lockdown is in place in South Africa - which is expected to last at least two weeks in a bid to combat a surge in COVID-19 cases.

South African President Cyril Ramaphosa announced the country had gone into a level-four lockdown, although professional sport is allowed to be played in front of no spectators.

"We have had assurances that if they do go into another lockdown or cancel sport, that it won't effect the Lions in terms of training, preparation and the matches," said Lions head coach Warren Gatland.

South Africa is grappling with a third wave of the pandemic and the country registered around 18,000 new cases yesterday.