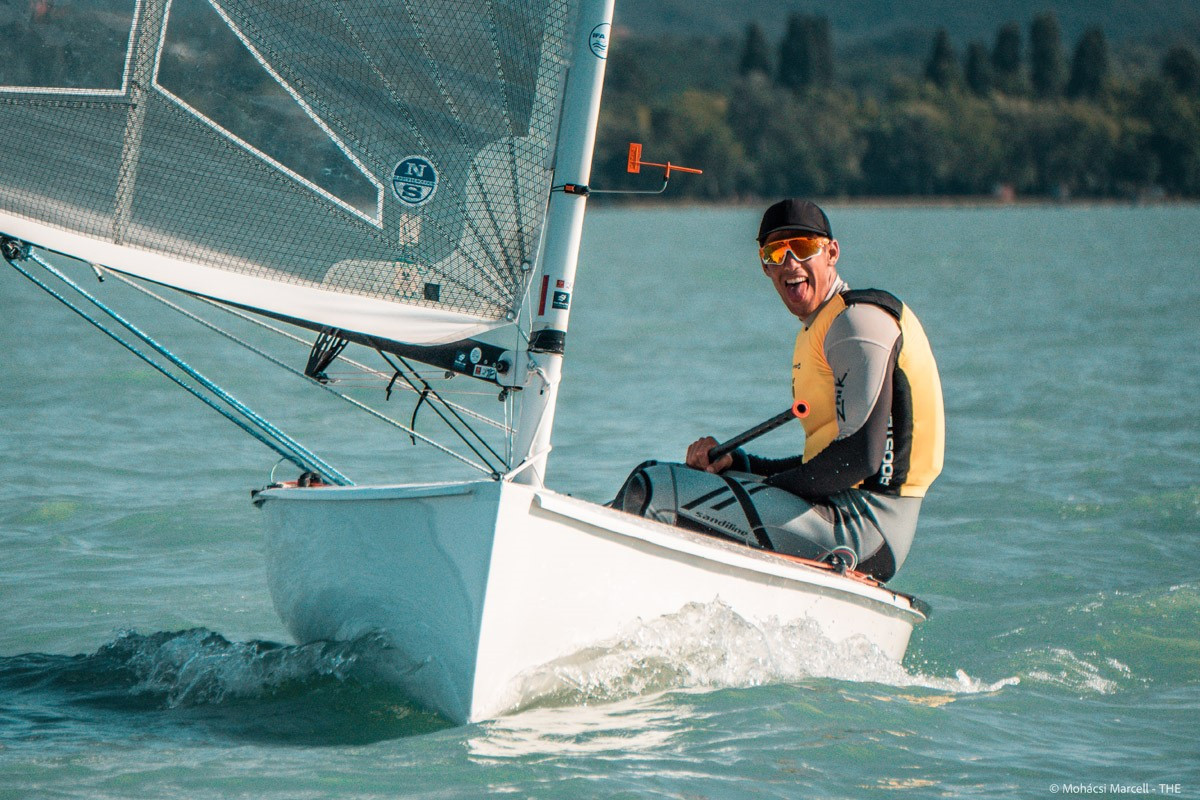 Hungary's Domonkos Németh won the Under-23 Finn World Championship by a wide margin as racing concluded on Lake Balaton today.

Németh did not finish race 11 - the last of the event - but discarded the result.

Thanks to winning nine of the 11 races, and finishing second in another, Németh finished the event also known as the Finn Silver Cup with a net total of 11 points.

Bence Rácz also had an impressive closing day, placing third, third and then first, to pip his brother to second place.

Bence Rácz finished with a net total of 32 points, and Levente Rácz 33.

Levente Rácz was in prime position to earn the silver medal after back-to-back second-place finishes to start the day, but coming eighth in the final race proved costly.

All three of the podium finishers were from host nation Hungary.

Hungarian Ábel Szűcs like Yatsun ended with a net total of 59, but Yatsun's three second-place finishes gave him the edge.