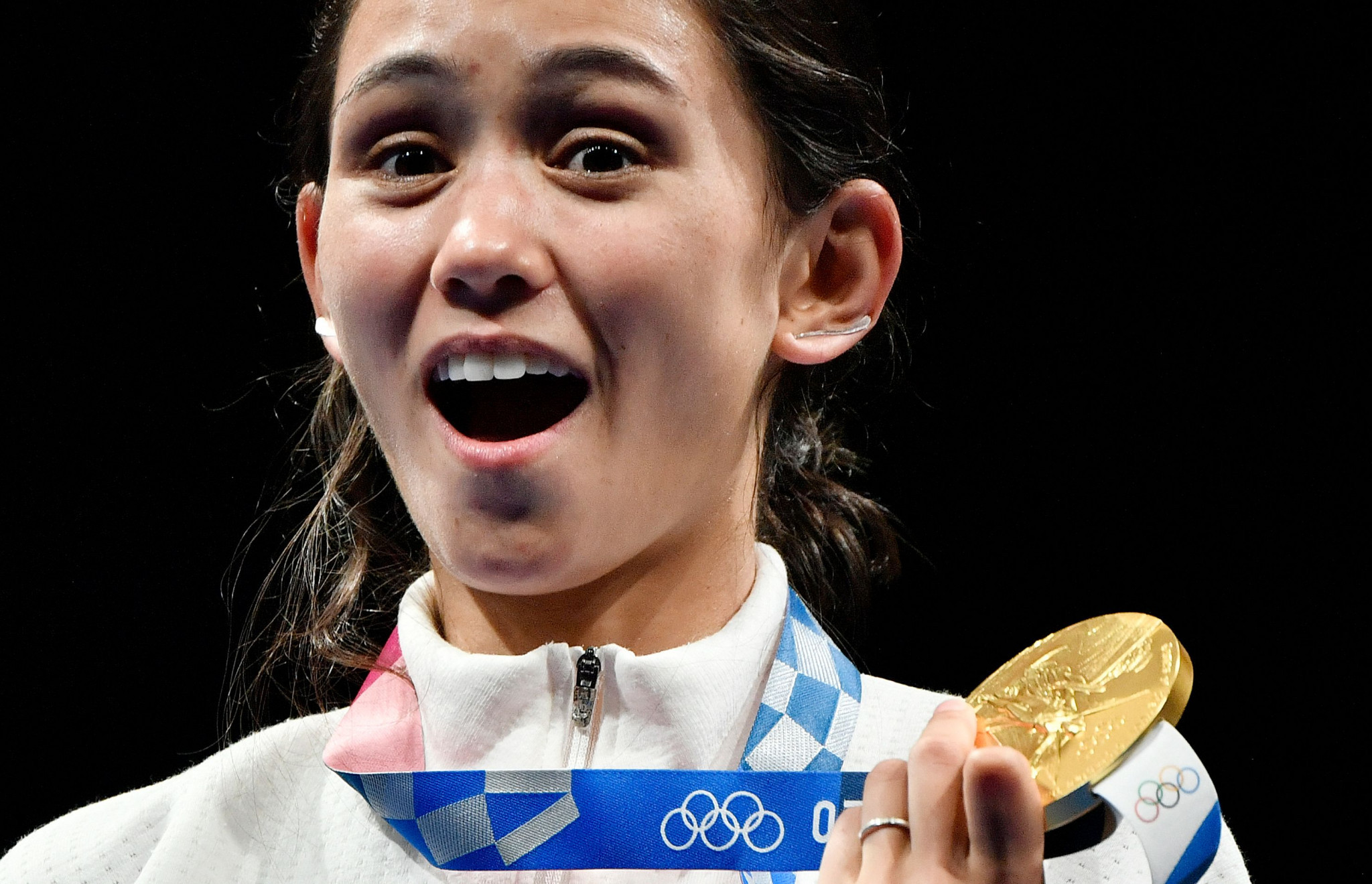 Kiefer set out to secure a maiden podium finish for the United States’ team in this event, with the reigning Pan American Games gold medallist heading into Tokyo 2020 as the third seed.

A narrow 15-13 win over Canada’s Eleanor Harvey was followed by convincing triumphs against Japan’s Yuka Ueno and the ROC’s Larisa Korobeynikova in the quarter and semi-finals, respectively.

Further ROC opposition lied in wait in the final, with Rio 2016 gold medallist Deriglazova having beaten 2018 world champion Alice Volpi of Italy 15-10 in the last four.

The final proved a closely fought affair, with Kiefer repeatedly opening up a lead against her opponent, only for Deriglazova to peg her back.

With the score locked at 12-all, Kiefer earned consecutive points to move to the brink of victory.

Deriglazova scored the next point of the contest but was unable to rescue the situation as Kiefer struck the final blow to triumph 15-13.

ROC would also finish with the bronze medal as Korobeynikova bounced back from her semi-final exit.

Korobeynikova was on the brink of defeat to Volpi but scored consecutive points to win the bout 15-14.

France’s Romain Cannone stunned the men’s épée field with a series of impressive victories on his way to winning gold.

The world number 47 overcame tournament second seed Sergey Bida of the ROC in the quarter-finals, winning 15-12.

Cannone then overcame third seed Igor Reizlin of Ukraine 15-10 to assure himself of a medal.

His toughest test came in the final against Hungary's Gergely Siklósi, the world number one and 2019 world champion.

The contest remained close at the halfway mark with Siklósi taking a 6-5 lead, only for Cannone to pull away in the latter stages.

Cannone held his nerve to triumph 15-10 and give France their first gold medal of Tokyo 2020.