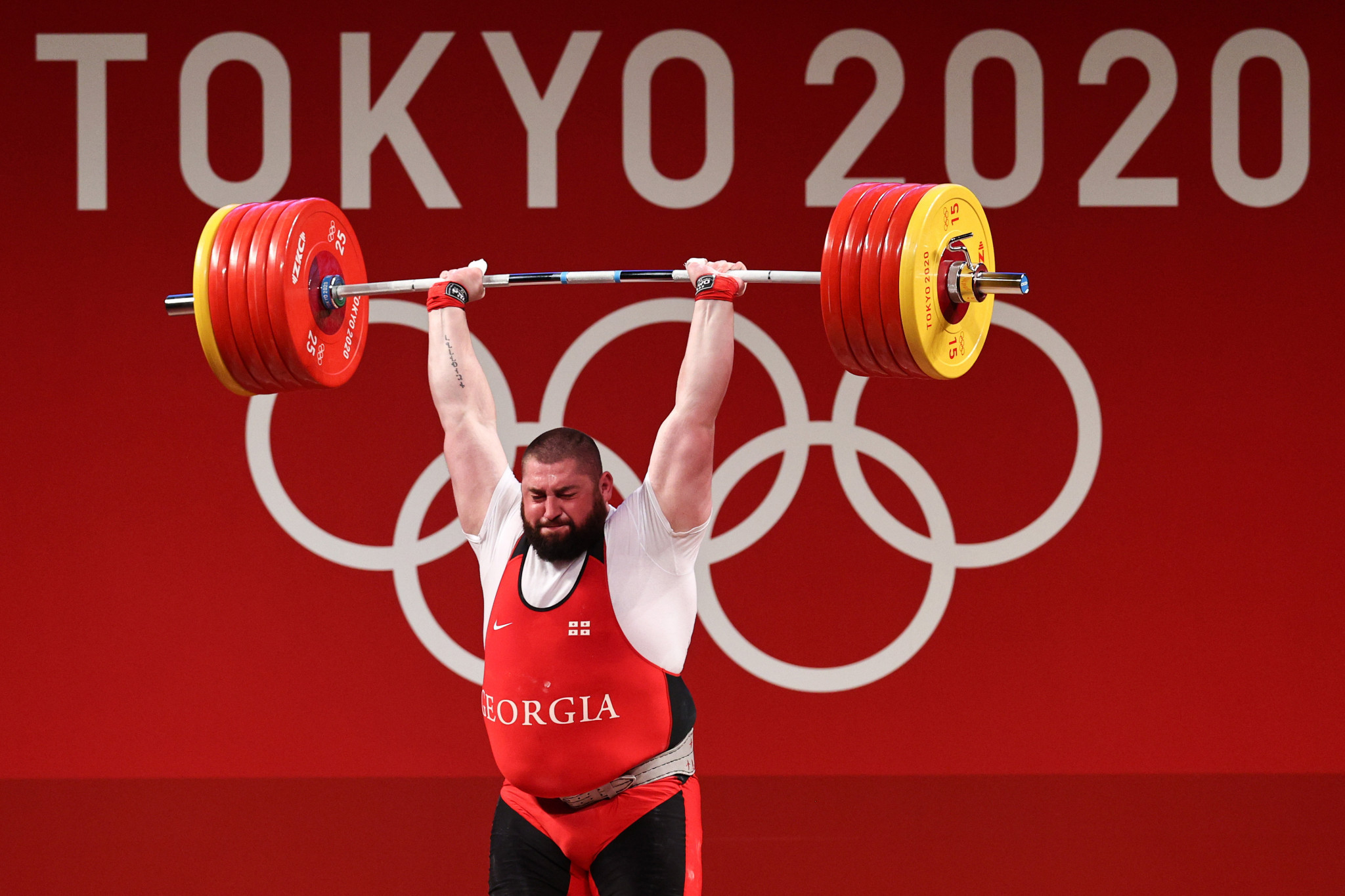 Lasha Talakhadze ended the Tokyo 2020 weightlifting programme in suitably spectacular style by breaking all three of his own super-heavyweight world records on the way to his second straight Olympic title.

Talakhadze broke his snatch and clean and jerk world records by one kilogram, and bettered his best total by 3kg to finish 47kg clear of Iran’s Ali Davoudi, with Man Asaad of Syria third.

The giant Georgian, who weighed in at 177kg, once again made all six lifts to complete a remarkable series of results.

From the first qualifying event, the 2018 IWF World Championships, to the last lift at the Tokyo International Forum Talakhadze did not have a single no-lift.

It was the biggest winning margin in any contest in Tokyo.

Talakhadze, 27, appears to have plenty more in the tank and may yet become the first weightlifter to reach a total of 500kg.

The last time he was beaten was in November 2012, when Gor Minasyan of Armenia lifted 9kg more than him at the European Junior Championships.

Minasyan, the only man capable of pushing Talakhadze on recent evidence, was unable to compete in Tokyo as Armenia was restricted to only one male lifter because of doping violations, and it opted for Simon Martirosyan in the 109kg.

Although there were no spectators, plenty of accredited athletes turned up to watch - and they gave a big cheer when Talakhadze’s coach made a late change for his final snatch attempt, upping it by 2kg to go for the first of his world records.

Talakhadze never started his lifts until everybody else had finished and made every attempt look easy, earning three white lights from the referees six times out of six.

That was not the case for the other lifters, whose efforts led to plenty of red lights, jury reviews and challenges.

He failed with his final two clean and jerk attempts to finish out of the medals.

One place behind was the popular New Zealander David Liti, who achieved the best finish by an Oceania lifter in Tokyo, male or female.

Liti, 25, was the only Oceanian athlete to start in an A Group in the men’s events.

Enzo Kuworge, the 19-year-old from the Netherlands, earned his nation’s best finish in Olympic weightlifting with sixth place on 409kg, and will surely be back for more.

China finished way ahead in the final medals table, with Ecuador causing a surprise to finish second on one gold and one silver, and Chinese Taipei sharing third place with Georgia.