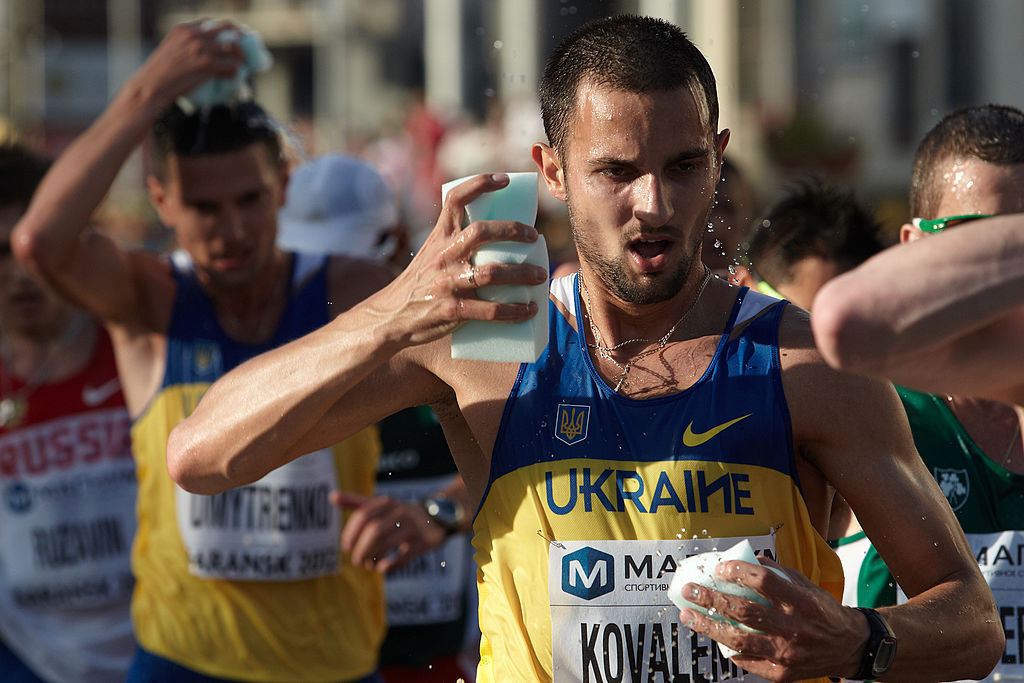 The Athletics Integrity Unit (AIU) has acknowledged the upholding of its decision to make Ukraine’s Nazar Kovalenko ineligible to compete in the men’s 20 kilometres race walk that has just concluded in Sapporo.

Noting the rejection of Kovalenko’s appeal by the Court of Arbitration for Sport (CAS) Ad Hoc Division, the AIU said: "The athlete’s appeal was made to CAS following the AIU’s decision that he was not eligible to compete at Tokyo 2020, due to the failure of his federation, the Ukrainian Athletic Federation, to ensure that he was tested prior to the Games a minimum of three times on a no notice out-of-competition basis, with at least three weeks between each test.

The CAS panel found that the AIU’s introduction of Rule 15 requiring Member Federations to abide by serious anti-doping obligations, including testing their athletes on a minimum no notice out-of-competition basis before sending them to a World Championships or Olympic Games, was a valid objective that served to increase overall confidence in the sport with athletes and the public alike.

"The imposition of consequences for a failure to comply with such anti-doping obligations was important for achieving that objective even if it ultimately meant that some individual athletes are not eligible to compete," said the CAS in its verdict.

"The Panel accepted the AIU’s position that consequences under Rule 15 are not aimed at punishing any specific misconduct of an athlete, rather to hold Member Federations to account for failing to comply with their anti-doping obligations.

The Panel found on the facts before it that the athlete could and should have been identified by the Ukraine Federation as someone likely to be selected for the Olympic Games and the lateness of his qualification in June did not constitute an exceptional circumstance.

David Howman, chair of the AIU said: "Through this rule we have set a standard of expectation from World Athletics Member Federations, and we are very serious about enforcing the rule.

"It is the responsibility of the Member Federations to account for individual athletes.

"Total and sincere efforts from all concerned will give clean athletes around the world confidence that they’re competing on a more equitable playing field.

"We trust it is also showing the wider public that the sport of athletics is doing all it can to protect the integrity of its competitions.

"In that context, this decision from the CAS panel is an endorsement of our approach and we are pleased with the outcome."

The 2019 World Athletics Championships in Doha were the first major event to take place after the introduction of Rule 15.

The AIU noted a significant increase in testing of athletes attending the competition, compared to the previous World Championships in London.

In London, 51 per cent of athletes arrived without having undergone any out-of-competition tests.

In Doha, this figure went down to 28 per cent.

The number of athletes who had had more than three out-of-competition tests went up from 25 per cent in London to 43 per cent in Doha.

These figures are an improvement nevertheless there is a long way in achieving the objectives that the AIU has set with Rule 15.

The AIU will analyse the impact that Rule 15 has had on testing in the lead-up to Tokyo 2020 once the Games have concluded.

A total of 20 athletes from the seven nations deemed most at-risk when it comes to doping have been ruled out of the Games through Rule 15.

A total of 10 Nigerian athletes were ruled out, representing more than 40 per cent of the track and field team the country had entered for the Olympics.

Three athletes from Ukraine, one Moroccan, one from Ethiopia and three from Belarus were also struck off the entry lists.

Two Kenyan athletes were deemed non-eligible, but Athletics Kenya replaced them before submitting its final entries to World Athletics.