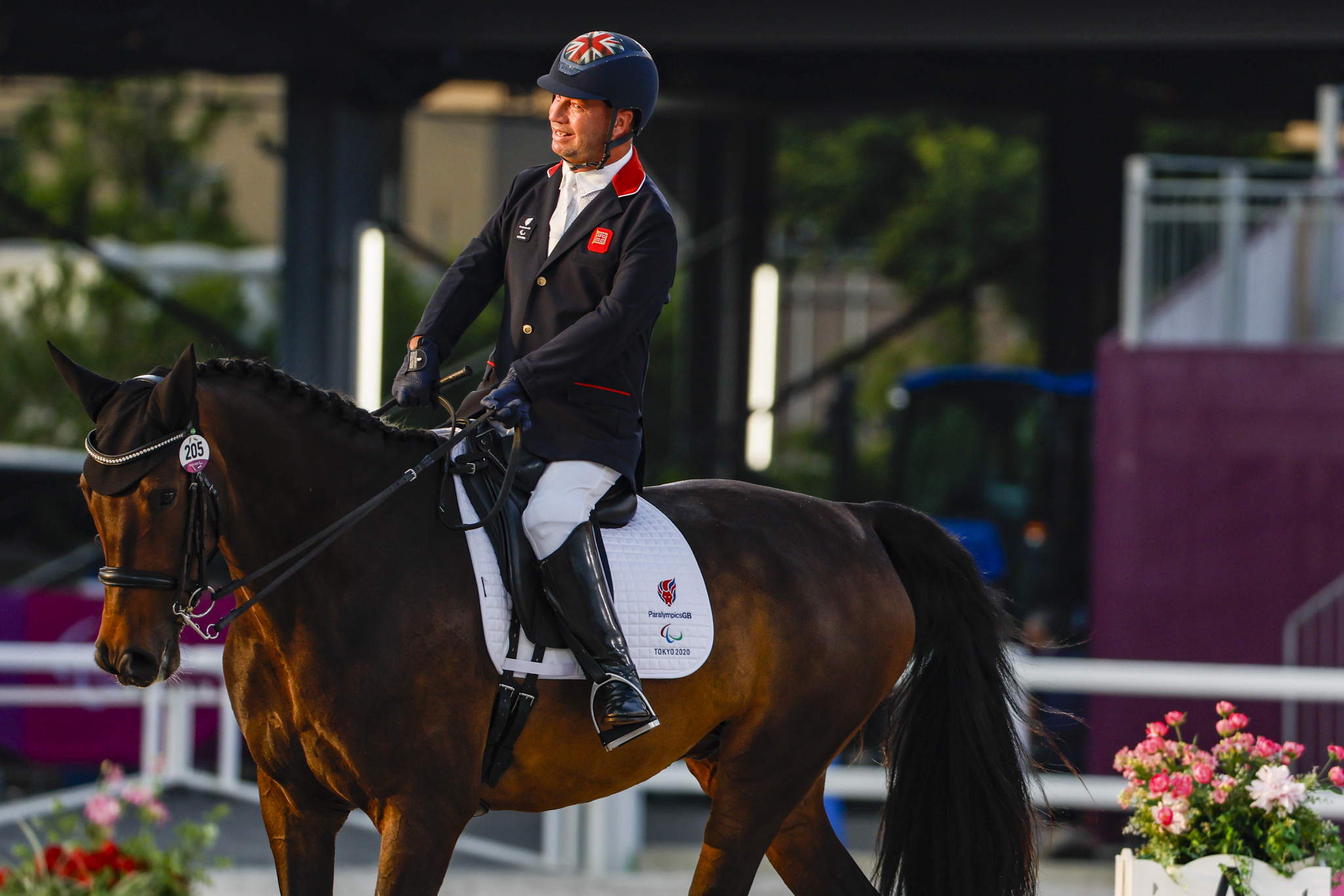 Britain's Sir Lee Pearson claimed his 12th Paralympic gold on the first day of the dressage at the Tokyo 2020 Paralympic Games, playing his part in his country's ascension up the medal table.

Sir Lee and his horse Breezer triumphed with a score of 76.265 in the dressage Grade II event, reversing the result from Rio 2016, where he finished second to Austrian Pepo Puch.

Instead, Puch was the silver medallist this time, riding Sailor's Blue to the finish on 73.441.

Britain's Georgia Wilson claimed bronze on Sakura, having received a score of 72.675.

Dutch star Sanne Voets won her second gold medal at the Games in the Grade IV category, adding to the Grade III title won at Rio 2016.

With her horse Demantur, they scored 76.585, finishing nearly two points ahead of Rodolpho Riskalla of Brazil, riding Don Henrico for 74.569.

In the final event of the night, Belgium's Michele George with Best of 8 scored 76.524, a distance in front of Britain's Sophie Wells and Don Cara .M on 74.405, the silver medallists.

Another point back, The Netherlands' Frank Hosmar and Alphaville claimed the bronze medal.