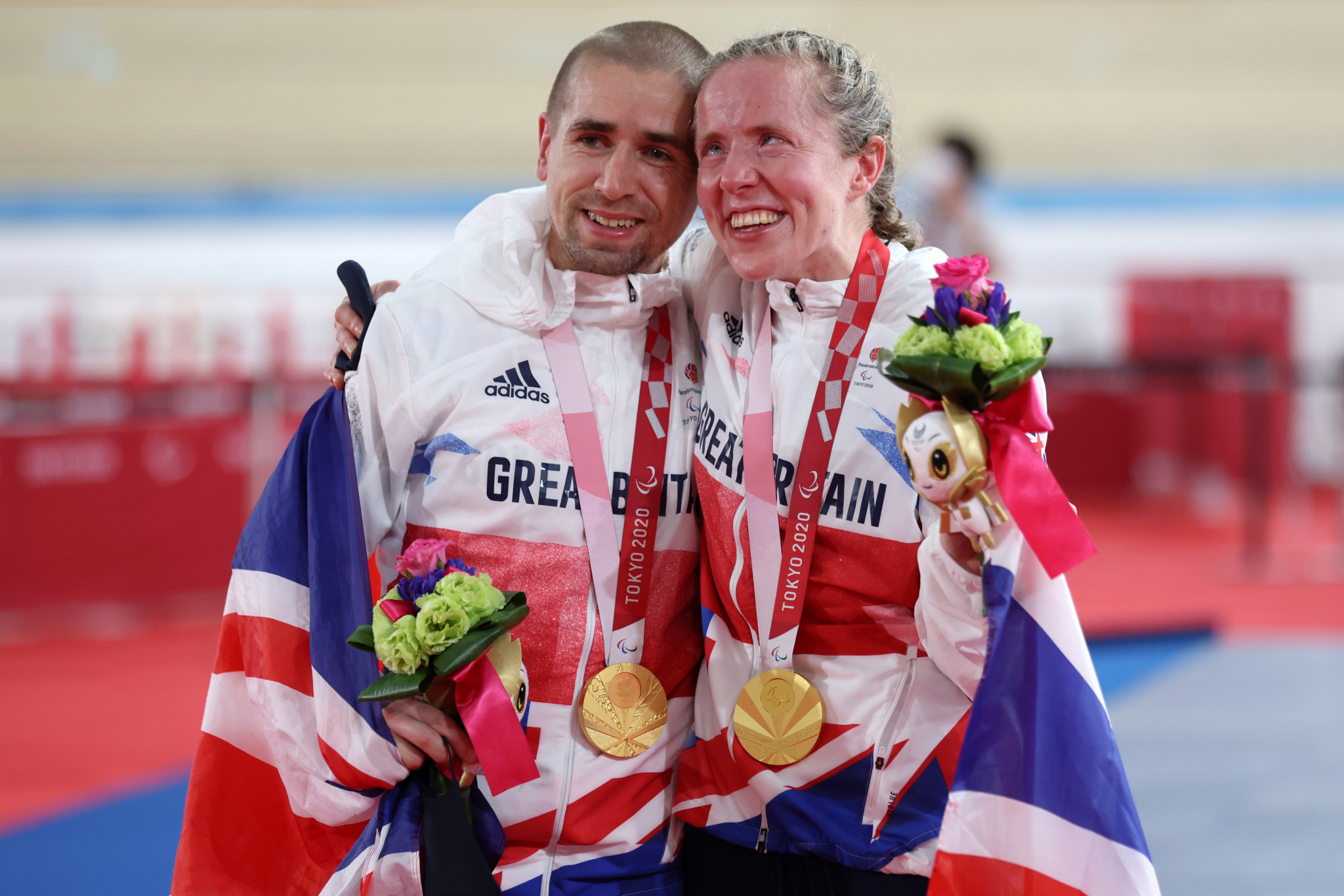 Britain enjoyed a stunning final day of Para-cycling track events at Tokyo 2020 by securing all three gold medals at the Izu Velodrome, with the Fachie family starring.

Husband and wife Neil and Lora Fachie secured victories in the first two finals of the day.

Neil Fachie sought to secure a third successive Paralympic medal in the men’s B 1,000 metres time trial event, following gold at London 2012 and silver at Rio 2016.

Fachie and pilot Matthew Rotherham achieved a world record time of 58.038sec in the final, lowering the mark of 59.278 they set back in 2019.

Pervis was a bronze medallist at the Rio 2016 Olympics in the team sprint event and a six times world champion who became a tandem pilot prior to ending his career on the track.

A second Fachie gold of the session was claimed by Laura in the women’s B 3,000m individual pursuit event, alongside guide Corrine Hall.

The duo produced a world record time of 3:19.483 in qualification, setting up a gold medal ride against Ireland’s Katie-George Dunlevy and pilot Eve McCrystal.

Fachie and Hall backed up their qualification ride by winning gold in 3:19.560, with their challengers ending just off the pace in 3:21.505 for the silver medal.

The pair overcame Griet Hoet and pilot Anneleen Monsieur in the bronze medal ride, with the Belgians clocking 3:25.654.

"We're delighted to defend our title from Rio 2016," said Fachie, following her success with Hall.

"We've never actually managed to do that.

"All the world titles we won we've only been able to hold onto for a year."

On her husband's success, she added: "We want each other to win but it doesn't change anything if we don't.

"It was great to see Neil go and do an absolutely cracking time.

"It's a lot more stressful watching someone you care about racing than actually doing it yourself."

The British team trailed China's Li Zhangyu, Wu Guoqing and Lai Shanzhang early in the race, but clawed back the deficit to win the Paralympic title in a world record 47.579.

The closely contested event saw the Chinese finish in 47.685 for the silver medal.

Attention will now turn away from the Izu Velodrome, with four days of road cycling events beginning on Tuesday (August 31).