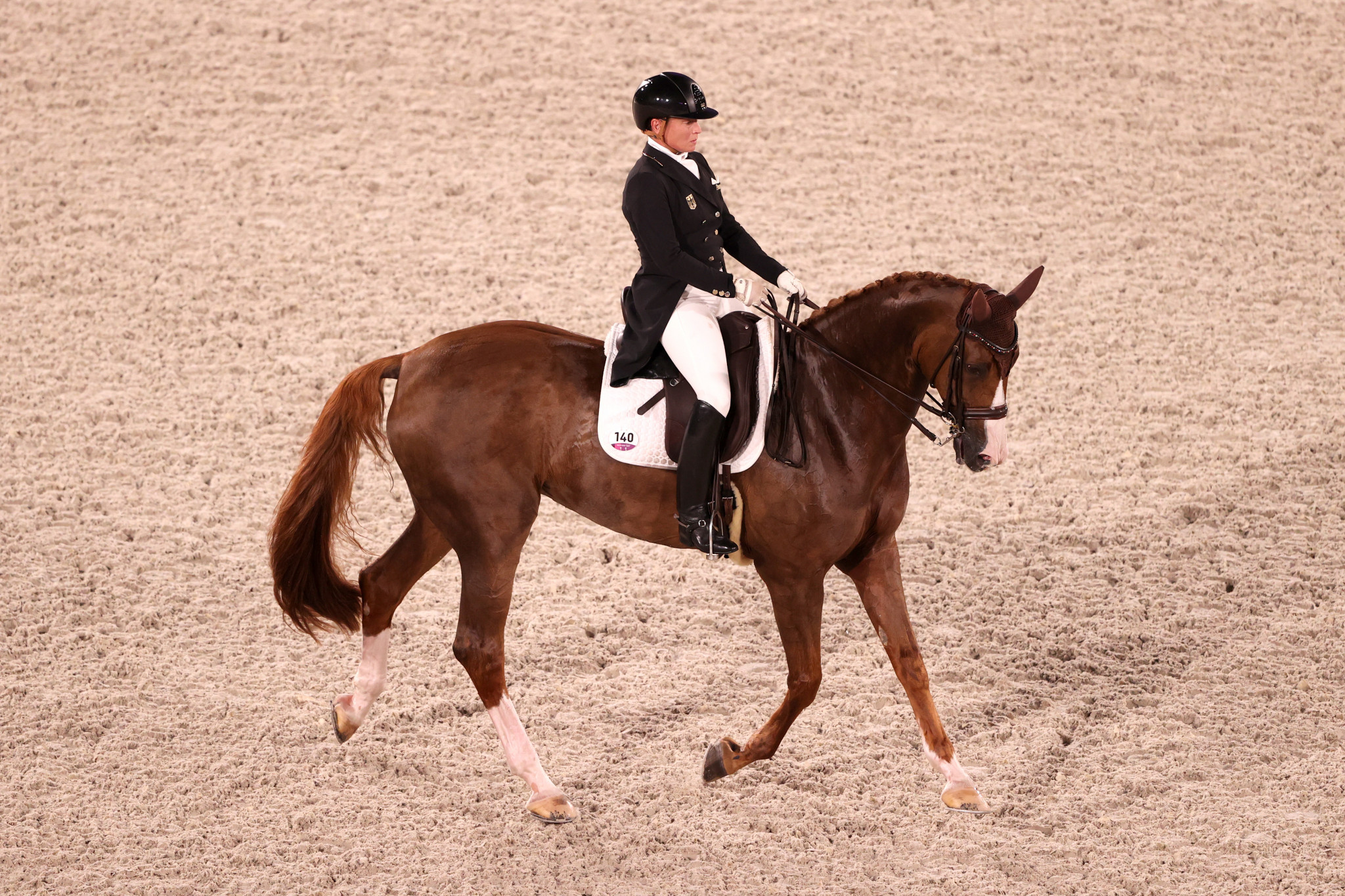 Just weeks after it won gold at Tokyo 2020, Germany will go into the International Federation for Equestrian Sports (FEI) Dressage European Championships 2021 on a high, expecting yet more medals.

It also goes into the event as defending champions, having won the 2019 team event, which was its 24th victory in the competition's 58-year history.

Individual and team dressage champions will be crowned with a total of 72 athletes from 23 countries set to contest the senior medals.

Equestrian legend Isabell Werth of Germany is looking for her 25th medal.

The seven-time Olympic gold medallist will be joined by compatriots Dorothee Schneider and Jessica von Bredow-Werndl.

Only Bredow-Werndl will ride the same horse, Dalera, as in Japan, on which she won three gold medals.

Werth will partner Weihegold, the 16-year-old mare with which she won Olympic team gold at Rio 2016 and triple-gold at the FEI European Championships in 2017, while Schneider will compete on Faustus 94, the 13-year-old horse with which she has been posting some promising results this summer.

Rounding up the formidable German side will be Helen Langehanenberg, who rode on the winning European team in Gothenburg in Sweden in 2017 and won individual silver in Rotterdam in 2011 and Herning in Denmark in 2013.

Germany's biggest threat will be from Britain, who claimed bronze in Tokyo.

The country is fielding its full Olympic side, as well as its Olympic reserve partnership of Gareth Hughes and Sintano von hof Olympia.

The FEI Dressage U25 European Championships will also take place at Hagen during the week, coming to a close on Sunday 12 September.