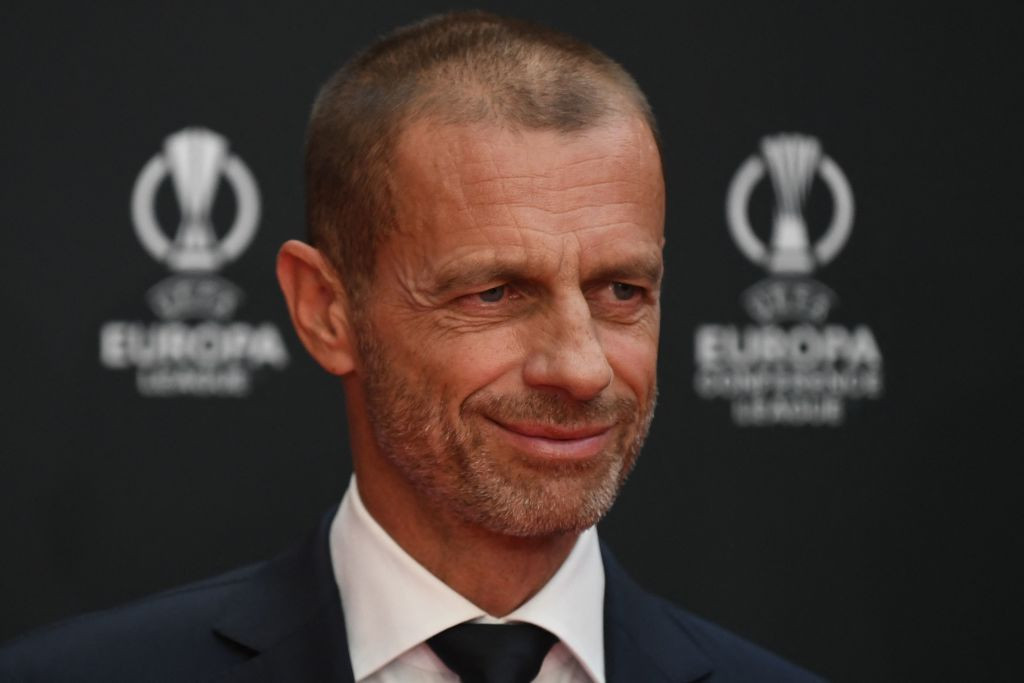 UEFA President Aleksander Čeferin has reiterated his opposition to the FIFA World Cup being held every two years, claiming it would "dilute" the quality of the tournament.

Čeferin this week reignited his war of words with FIFA President Gianni Infantino over the proposal to stage biennial World Cups in his speech at the European Club Association General Assembly.

The Slovenian lawyer, who has regularly clashed with Infantino since becoming head of European football's governing body in 2016, said UEFA believes "the jewel of the World Cup has value precisely because of its rarity".

"Holding it every two years will lead to less legitimacy and dilute the World Cup itself," Čeferin said.

"We think there is a space for everything and both national teams and clubs are fully occupying that physical and commercial space."

FIFA green-lighted a study on hosting World Cups every two years at its Congress in May following a proposal from Saudi Arabia, which has aligned itself closely with Infantino.

UEFA has led the opposition, with Čeferin writing earlier this month that he and the organisation have "grave concerns" over the impact of a biennial World Cup on an already-congested global football calendar in a letter to Football Supporters Europe executive director Ronan Evain.

FIFA's chief of global development Arsène Wenger is among those to have supported the idea and is leading a technical advisory group meeting in Qatar today and tomorrow, featuring current and former players from across the world.

The proposal on the future of the World Cup, held ever is the main subject of discussion at the meeting.

FIFA claims the group is "providing FIFA with direct insight and experiences from professional footballers and coaches from across the spectrum of the international game".

Infantino has claimed FIFA is "open to any idea to any proposal" and there are "no taboo topics" for the organisation.

"We shouldn’t take this consultation process as any sort of challenge, any sort of fight, as I’ve been hearing here and there," he said.

"It is simply a way to try to make football, and global football, strong, and for this we need the help and the assistance of everyone.