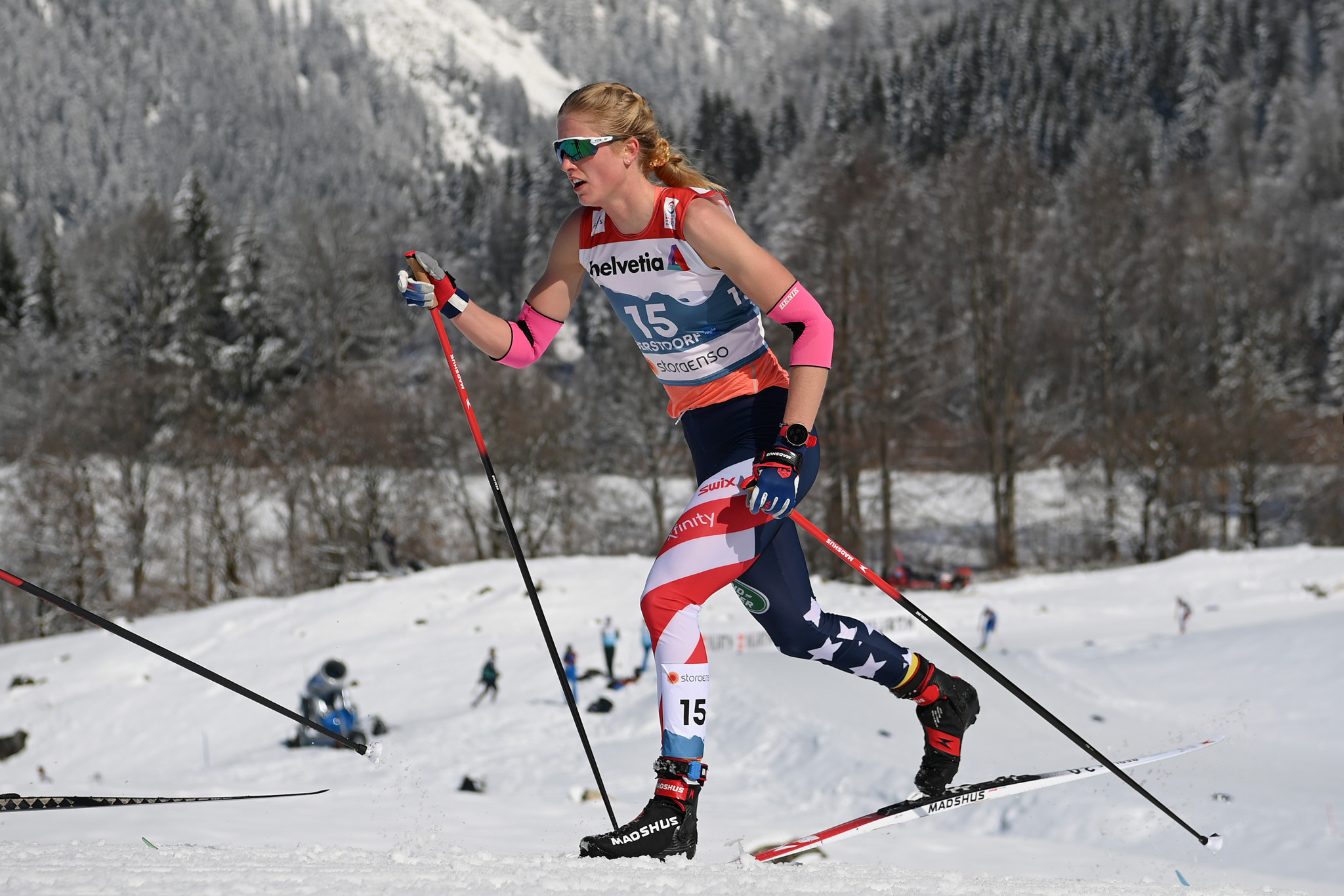 In two appearances at the Junior World Championships Swirbul became the most successful under-20 cross-country skier from the US as she two bronze medals and a silver.

Now 23, Swirbul secured her first podium finish at an FIS World Cup event in the 10-kilometre race at Davos in Switzerland last December.

In an interview with Fondo Italia, featured on the FIS website, Swirbul explained that she was generally pleased with how she overcame the challenges provided by COVID-19 during the 2020-2021 season, making her full-time debut on the World Cup circuit.

"In some ways I am happy with my season and with the good results I got, even though it was a difficult season due to COVID-19 and restrictions," Swirbul said.

"It is difficult to be on the road and away from home for so long, it has been also a great challenge for me.

"I didn’t know what to expect from my first full-time season in the World Cup, so I'm a little surprised by the good results I got in the first period of racing.

"Then after the Tour [de Ski] I had a bit of ups and downs.

"I was hoping to feel better during the World Championships in Oberstdorf, it was not a great week for me, but at the same time I am happy because I learned a lot there and now I take it all with me."

She added that the World Cup circuit proved a significant step up from competitions at junior level.

"World Cup has a complete different way of competing and an incredibly high level of cross-country skiers who race in it if compared to junior competitions," Swirbul claimed.

"It is very different to spend five months in Europe instead of the two weeks we did at a junior or youth level, and I think that all the various factors of adapting to the new senior circuit, dealing with the pressures that exist at these levels, are different."

With next February’s Winter Olympic Games included on the calendar for the forthcoming season, Swirbul plans to tailor her campaign with the aim of peaking in Beijing.

"Next year is going to be very interesting for me because it will be my first Olympic year, and it will be a challenge for me to figure out how to deal with pressure and the expectations I have of myself, to compete better and show improvements compared to last season," she admitted.

"My plan at the moment is to stay in Europe for the first period of racing and do the Tour de Ski.

"Then I will probably go back to the States to have some rest, recharge myself a little and then be able to prepare as best as I can for the Olympic Games in Beijing.

"Obviously, the goal is to get in top shape, both physically and mentally in February."

The Beijing 2022 Winter Olympic Games are scheduled for February 4 to 20.

The first event of the FIS Cross-Country World Cup season is due to be held in Ruka in Finland from November 26 to 28, and as planned the circuit concludes in Tyumen in Russia on March 18 to 20.